Our kids were once kids 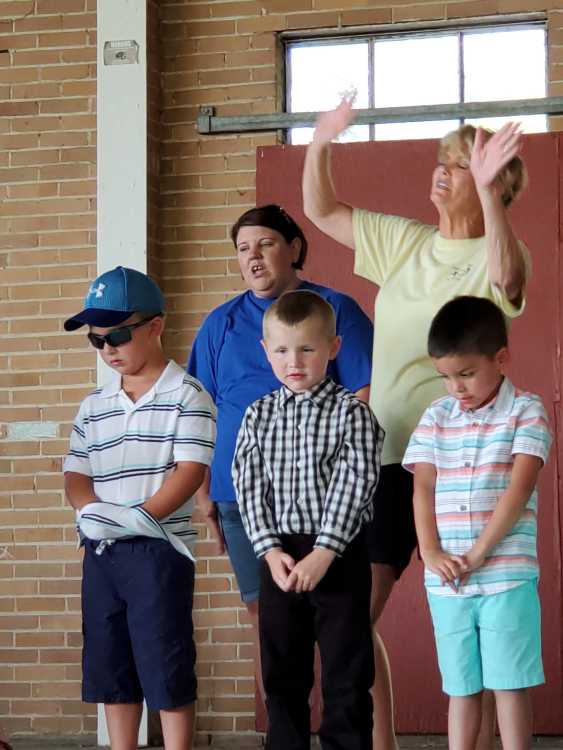 Students learn through songs with motions.

Our kids were once kids
I went to a graduation ceremony at Forest Park last night. The graduates wore homemade paper “mortarboard” hats and were just as cute as could be.
The ceremony took place in the pavilion.
As I sat there, taking pictures and watching the proceedings, I couldn’t help but think about those years when our kids were too young to go to kindergarten.
Pam Fischer’s Launch Academy graduates will be in kindergarten next year. Pam and her staff are doing all they can to get those children off to a strong start when they go to school.
There are things I would do differently for our children if I could do it over again. Many things. I never believe people who say they wouldn’t change a thing about their past. If you grow, you realize how you could have done things differently. That’s just a fact of life.
I would have been just as concerned about my children’s self-image as I was about their discipline.
We always wanted to make sure our kids behaved but I think we could have done more to give them a stronger self-image.
I watched one little boy kind of saunter across the floor and up the steps to receive his gift bag of goodies and his mortarboard.
I had to smile.
“That is one kid that won’t let anything stop him in life,” I thought.
He may become a class clown or not but one thing is certain, nothing he does will embarrass him very much.
I would have helped our children learn the importance of a good education.
Some children love school, others not so much. But every person needs to be life-long learners.
Both our children have been very successful and I am thankful for other people in their lives who have helped them along the way. Not to be trite but it really does take a village to raise a child. Think it doesn’t? Consider the many children who are backward and withdrawn. Don’t you feel sorry for them? When other children play, they are content to watch or be off in a world of their own.
In school, they refuse to express themselves when the teacher leads a discussion.
We understand the value of making mistakes. It is only through saying the wrong thing or doing the wrong thing that we learn very valuable lessons.
Some of these points Pam touched on during the graduation ceremony. Then, Dr. Mark Hetrick spoke on the importance of God’s grace during his sermon Sunday morning as it relates to the “heroes” of the Bible who faced failure just like we do.
That is one great thing about raising and teaching children. It’s never too late to learn from our mistakes and do better. Even when your children become adults.