The Hull Truth
Richard Hull
Dick Hull is a lifelong resident of Clay County. He writes about his memories of the way things used to be when he was growing up and today.
Recent posts
Archives 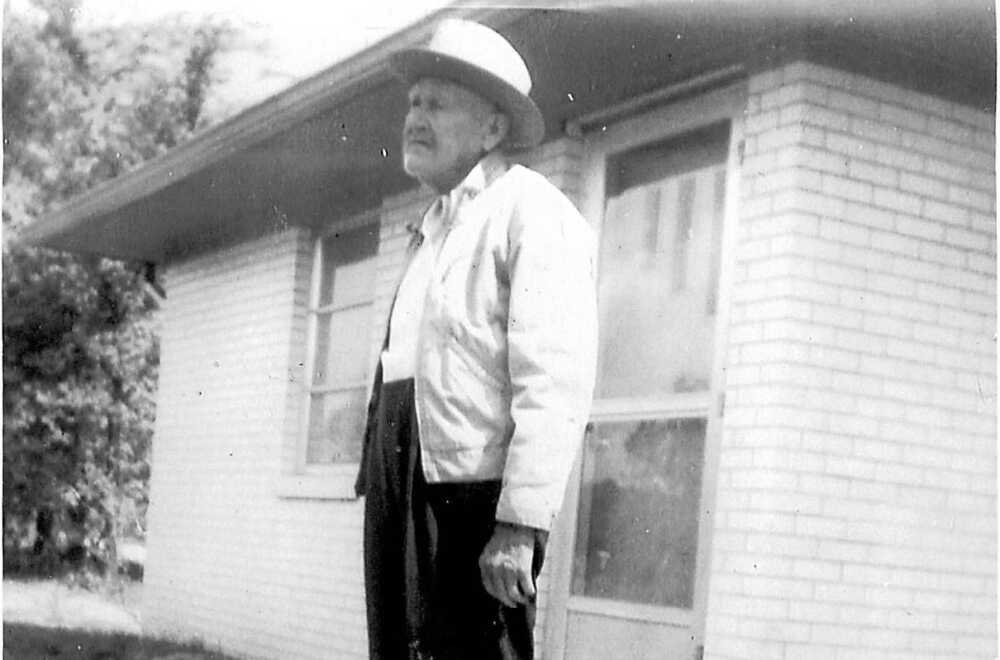 I was a dreaming a few weeks back about my grandpa, "Poppy." It was sorta this way.

I had just got back from a walk in West Virginia at a small town close to wherever we lived and was talking to Poppy and told him where I had been (at the time I was just a lad.) His reply was, "Oh, yes, I know about that place. I went with two girls down there years ago."

I looked at him to see if he was fibbing.

I then replied, "What was their names?"

He never hesitated at all and said, "Merva Krider and Chelsie Moore."

That's when I began to wake up.

I realized he had just given me the two girls' names -- or did he? Dreams are so real but are the names right or did they just come to me? We will never know.

This is not the first time this has happened.

About five or six years ago, in another dream with Poppy (Robert Edward Lee Ray,) I was sitting on the front porch of our county line home (Clay and Putnam county line) and here came Poppy walking up the hill in our front yard (he always rode a bus from West Virginia) dressed in a three-piece suit, wearing his clean, light gray hat.

He sat down beside me. I was just a boy of 8 or 9. He was sorta serious as he looked at me and said, "Did you hear about our neighbors dying?"

I shook my head.

After I woke up from the dream, I wrote one of them down but have since lost the paper.

It was like he was at a great loss because these three men he had known for quite some time had died within just a year.

What caught my attention was that he had given me their names.

When I was a boy of about 9 years old and during summer vacation, Poppy and I would sometimes sit on the front porch where Poppy would smoke his pipe (he never smoked in the house.) He would tell me one story after another, things that happened to him.

One time as he was cutting timber in West Virginia, the tree was already down and he was limbing it with a sharp axe and in the process, the axe glanced off, hitting him in the knee. He ended up with a pretty deep cut. This happened in the late 1800s.

Poppy was born in Ash County, North Carolina, in 1873 and died in Knoxville, Tennessee, in 1965. He said he would go to Blowing Rock in North Carolina and throw his hat over the side of the very high cliff and it would come back up to him. It's a park now.

One time Poppy was standing on a railroad platform with several people, waiting for a train. Over to one side, a big man was beating up a small man. Back then, Poppy and many others carried pistols.

He walked over to the big man with his hand on his pistol.

Poppy, who was almost 6 feet tall, said, "If you hit him one more time, I will kill you."

Long ago, down in those West Virginia mountains around Logan County, you usually knew all your neighbors and county officials as friends.

Poppy had a friend that for some reason was in jail and Poppy went to see him. As he walked into the jail, the sheriff asked him if he had a gun on him.

"Just keep it in your pocket," the sheriff said.

Then he let Poppy in to see his friend. You'll never see that happen today.

As we sat on the front porch, Poppy told me about his father, Henry Ray. Henry fought for the 1st Regiment of North Carolina in the Civil War and as he knelt down behind a cedar tree to shoot at the enemy, a mini ball came at him, hitting the ground first just in front of him and then hit Henry in the knee.

He thought the way it felt that it blew his leg off but he only ended up with a bad bruise.

So, with the relationship I had with Poppy, I wonder about the names I got in those dreams. Were they fictitious or real?