The History of the Saloon, Grocery Store, and Boarding House 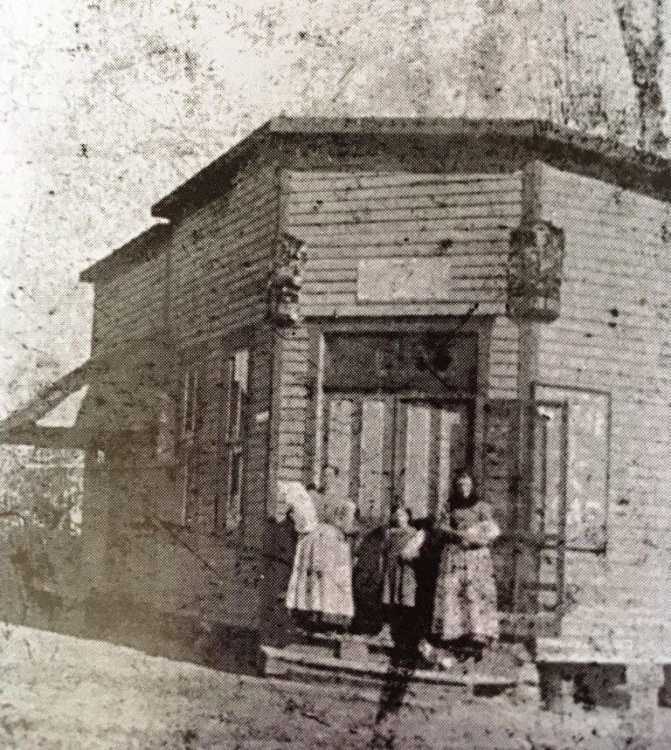 Many immigrants came to America from various countries to work in the coal fields of this area. This was the reason for Joseph and Alises DesCamp migrating from their native France in 1883 to settle in Stringtown on the northeast side of Brazil. They had thirteen children; seven were born in France, and six were born in Brazil. They raised only five of their children to adulthood.

When they came to Indiana, Joseph worked in coal mines and farmed; then he worked as a railroad engineer; Alises took in boarders. So many coal miners came to Brazil, they built a large building for the purpose of the family home, saloon, grocery store, and boarding house in 1887. This structure was on the northeast corner of Vandalia and Hendrix Streets. Dwelling in the back quarters was the Blakemore family. There was a hall over the saloon where the folks all around held parties and dances.

The saloon was closed after Joseph died on September 30, 1909. Alises kept the grocery store until shortly before her death.

Joseph DesCamp was born March 24, 1848, in France to Frank and Kate (Delvale) DesCamp, both being native of France. Alises (Darris) DesCamp was born 1852 in France, and died in 1933; both are buried at Restlawn Cemetery.

In December 1926 an article published in a local paper indicated, Edward Haverkamp was the owner of this grocery building: “After battering down the back door of the Ed Haverkamp Store, corner of Vandalia and Hendrix Streets, sometime Friday night, burglars carried away merchandise valued at more than $100, according to a report made to the police by Mr. Haverkamp. Among the articles taken were the following: 5,000 Camel cigarettes, about 10 boxes of cigars, 3 dozen overalls, 3 dozen pairs of leather-palm gloves, and 3 dozen heavy pairs of heavy socks.

The burglars also carried away other stock and $3 in pennies, which had been in wrappers. This is the second time the Haverkamp store has been robbed within the past two years.”

Mr. Edward Haverkamp was the son of Henry and Katherine Siepman Haverkamp (Haferkamp) migrating from Muelhiem, Germany, April 6, 1880, with their two children, Henry and Gertrude. Edward’s other siblings born in America were George, Herman, Goswin, William, Charles, and Gustave.

Later in 1947, Jay and Leona Wickware moved into their newly built home. The wood for their home was purchased from the owners of what used to be the old DesCamp Hall after it was torn down. George and Daisy Jenkins, who were the parents of Leona, owned a great deal of land in Brazil at that time. They sold Jay and Leona the land that their home sits on, for the sum of one dollar. After purchasing the land and wood, they moved the wood to their homesite by horse and sled. They raised seven children in what was once a town hall, a saloon, a grocery store, and a dance hall.