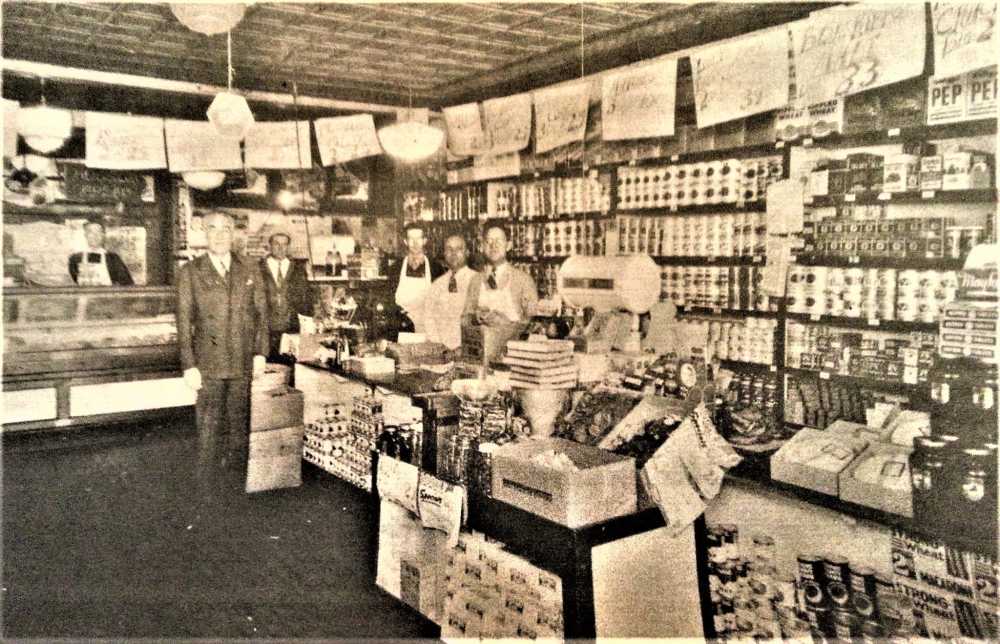 Philip Carberry was born in Brown County, Ohio. As a young man he left Ohio and came to Brazil, Indiana, to work as a coal driller. After working in this profession for many years, Philip obtained a position at the meat market of Brown and Jarboe. In this business he learned the butcher trade. He stayed in the butcher trade all of his working life. In 1870 Philip married Helen B. Johnson.
Philip’s son, Philip “Martin” Carberry, followed his father and became a butcher. Martin worked a time as butcher for Mills Store No. 2 in Clinton. In 1924 Martin opened a meat market next to J. T. Spiers & Son Grocery, 610 West National Avenue, Brazil, Indiana. This building had formerly been occupied by the Ross Males Shop. He advertised that he would only handle real quality meats, with “Quality and Price.” Mr. Carberry also was smoking his own meats at the rear of his meat market.
In December 1925 Martin Carberry offered buffalo steaks and roast for his customers to purchase. The price was rather high for the times at $1.00 a pound. This was not a usual item for sale at his or anyone’s market. They had contracted from the Scotty Philip Buffalo Farm at Fort Pierre, South Dakota for the meat. Although the buffaloes were raised by a private company, on account of the scarcity of buffaloes at the time, the government regulated the marketing of the animals and would only permit a limited number to be marketed each year. That year only one was allotted to each county. Mr. Carberry took advantage of this opportunity and ordered the one. The buffalo had been shipped to Brazil in full hide with its massive shaggy head and was displayed for several days before it was cut up.
Martin Carberry married Mary A. McGrath, daughter of Mr. and Mrs. Dennis McGrath, of North Third Street, Terre Haute, Indiana in 1924.
Around February 1925 Martin moved his meat market from 610 West National Avenue to a new location at 218 West National Avenue, a half block west of Meridian Street. Martin installed all new equipment in this new location for his meat market. He added the latest improved refrigeration, display cases, and new counters. The interior was painted in white, and the exterior was painted in a bright orange.
In 1927 Mr. Carberry installed more new equipment, redecorated throughout the market, and repainted inside and out. He painted the outside a brilliant goldenrod, which set it apart from the other places of business in the vicinity and made it easy to be found. The new equipment was a new Lipman Automatic Refrigerator system. This system did away with ice and kept the meats in excellent condition. The machine started when the temperature reached 36 degrees and automatically shut off when it got down to 33 degrees, just above the freezing point. This even temperature at all times was what they said was necessary to preserve meat.
Martin Carberry continued to serve Brazil for many years.