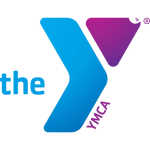 A fresh look at the YMCA
Margaret Berry
Margaret "Peggy" Berry has been involved in the Clay County YMCA since the late 1980s (first as a volunteer coach of a boys basketball team) and later as a member of the Board of Directors starting in 1990 and continuing through 2020. She has served as the board president on various occasions and was co-chairman of the Capital Campaign to build the current YMCA with Father Anthony Spicuzza (now deceased.) "It is through this long association with the Y that I have learned what a vital part that the Y plays in our community," she stated. "I can't think of any other association or group that touches more lives in a positive way than the Y. I will be doing a series of articles for The Times in which I hope to demonstrate what this Y really does mean to our community and the county."
Recent posts
Archives

History of the Y in Clay County Prior to 1990

The YMCA has a very long and proud history in Clay County The first of what was called a "Y" began here in about 1875-some 31 years after the original YMCA was established in London, England. The earliest Ys were on the east coast. It is believed that the Y here in Clay County was one of the first started in Indiana. This seems to be a reasonable assumption in that Brazil is on U.Ss. 40 (the Cumberland Trail at that time), a main East-West route. Brazil was, at the time, a very fast-growing community due to the influx of the coal-mining industry -behavior probably was a little less "Christian".
Very little reconds exist of early Y operations. Itı is believed (based on records of other Ys in the country) that the first Y was for young men age 18-35. The Y had no permanent home but, rather, met in the homes of its' members. Basically, it was teaching, lectures and discussions with a Christian emphasis. In about 1888 the Y was formally organized with a budget of about $1,400.00. Some rooms were secured above the old McGregor Opera House (then located at the northeast comer of Walnut Street and U.S. 40-the former Riddell Bank Building until it moved to its present location). The Y was expanded to add a reading room and social clubs (such as stamps clubs, etc.) The Christian emphasis remained.
The Y continued pretty much in this vein until 1927. At that time, a modern Board of Directors was organized and the Y was incorporated as the YMCA of Brazil. The first Board was comprised of a group of very prominent citizens (all-male at the time). They quickly recognized the need for a new facility to accommodate growth. The new Board, inspired by a large bequest of S100,000.00 from the Estate of Belle McGregor (the widow of Samuel McGregor, an early Judge of the Clay Circuit Court purchased the old "McGregor Mansion" at Meridian and Kruzan. The $100,000.00 gift was used to purchase the home and equip it as the new Y.
The 1930s saw the Y continue to expand. Recreational Programs were added including basketball (invented by James Naismith at the Y in Springfield, MA in 1891). There was no gym at the Y at that time. The games were played in a barn-like structure behind the house-probably originally a stable and shelter for barn animals Women's activities were described as "sparse". On Agril 7th of 1939, an early morning fire damaged the basement and first floor of the house destroying the records of the early Y, for the most part.
By 1945, the Y was a very busy hub, serving as a meeting place and hosting all sorts of activities for male and female youth, primarily. Membership now was extended to youth and adults from surrounding areas. In 1945, the Board decided to remodel the Y's first floor into a "canteen", serving food and snacks, as well as continuously providing more activities. The Board stressed this was "open to all youth" - whether Y members, or not. Prominent women of the community now also joined the Board of Directors.
By 1948, the Y had outgrown its facility again. Basketball was still being played in the old "barn". The board proposed a two-story gym and began a capital campaign to build it. The community's prominent citizens again stepped forward to spur the project. The Stelle family, owners of Arketex, were heavily involved in the project. Another widow of a Clay Circuit, Ida Coffee, provided another sizable bequest. The Veterans of WWII also stepped forward and the new building was built and dedicated on September 11, 1949. The community was very skeptical that the S40,000.00 to build the facility could be raised but, nonetheless, many dedicated citizens sew the project through.
The 1950s, 196s and 1970's saw the Y continue to grow, not only with its' membership, but especially with youth sports programming. There were, however, no real activities for adults and seniors. The Y experienced several struggles throughout these years with having enough funds to operate the facility. Annual campaigns were often conducted but there were many times this was not enough and the closing of the Y seemed imminent. Every time dedicated citizens of the community
stepped forward to rescue their Y because they believed so highly in the importance of the Y to all citizens.
I wonder how many remember the Y in the old house? By the end of the 80s the Y had totally outgrown the facility. What's more, there was no adequate room to support existing programming let alone make it possible to expand which was badly needed. Events and programs for seniors and adults were pretty much non-existent.
The structure itself was virtually falling down. The first floor of the "gym" housed office space, a sauna, the front desk, locker rooms (if you could call them that) the Nautilus equipment space, and a weight room which was called "The Dungeon" (an airless, dark, windowless room with a floor consisting of indoor-outdoor carpeting which had become gravel from dropping the free weights).
The second floor housed the cracker box gym. Basketball became dangerous due to the size of the floor and inadequate seating and out-of-bounds space. One room in the upstairs of the house served as a combined aerobic, dance, community room, and Board and meeting room The third floor of the house was used only once a year for the Y's "Hanted House".
The building's fluorescent lighting was held up by baling wire as well as the ceiling tile. Toilets in the "locker rooms" frequently overflowed and there were leaks all over the place. Bats frequently set off the building's security system and, of most concern, the boiler was constantly having to be repaired and became a real threat to blow up the building. We prayed every day that nothing else would go wrong and that the place would somehow stay together. Membership stagnated around 400
No ongoing fundraising was being done. The Y struggled to maintain its' operation and, again, came close to closing.

Next time I will continue with the Y's history with the story behind the building of the current building.