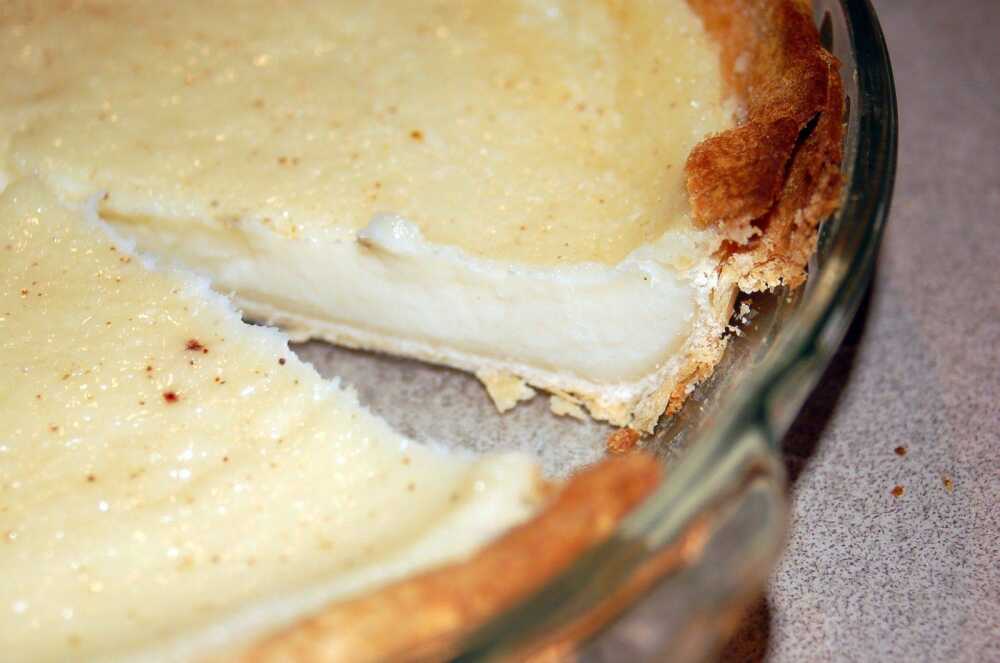 I learned something sweet this week.

It might not be a law, but a resolution by the Indiana State Legislature January 23, has unofficially named Sugar Cream Pie as Hoosier's official best.

During the cold mid-19th century winters when all the fresh berries were used up and the storage cabinets were beginning to get bare, I bet Sugar Cream Pie was created out of some sweet-toothed Hoosier's hankering for dessert.

It's unclear if the delectably simple treat was from an English, Amish, Shaker or Quakers' kitchen, but it was a unique treat using simple ingredients found on the farm -- milk, sugar, flour, shortening, vanilla, and nutmeg -- to enjoy after all the harvested fall fruit was gone.

For years it's been a Hoosier tradition, especially in the southern part of the state where one of the most famous pie manufacturers has been located for more then 60 years.

Wick's Pie Company, Winchester, Ind., is famous for their old fashioned version of this delicious treat among the 35 other pies, and, according to their website, employees make more than 10,000 each eight-hour shift.

With all this fame and glory, you'd think more people know about this creamy treat, but that is not necessarily the case. When I asked around, not too many young people were familiar with this kind of pie while older people knew it immediately but admitted to not having eaten it in a while.

I knew it as a child. My Grandmother Iva, whose recipe was handed down from her mother Blanch Harper, always said this pie was a "poor man's dessert."

So, in these tough economic times, maybe it is time the Sugar Cream Pie has a nod from on high.

My grandmother put her piecrust in the refrigerator as the oven preheated to 450 degrees and she made the filling literally by hand.

Let the pie dish set for a few minutes on top of a cookie sheet before you give the pie mix a swirl of your finger and sprinkle a bit of nutmeg or cinnamon (you can give it a dash of both, my grandmother said cooks used what was available to add flavor) on top.

Because this pie takes so long to bake, my grandmother loosely wrapped the edge of the pie in aluminum foil to protect the piecrust. Bake for 10 minutes at 450 degrees then reduce heat to 350 degrees and bake without reopening the oven for an additional 50-60 minutes.

Let the jiggly cream pie set for at least 10-15 minutes before serving, but it is best served chilled (or at least I remember it that way).

Because this is a pie made out of sugar and cream, it was not cut into large wedges to serve at our gatherings because of several diabetics in the family. (TIP: I understand you can use Splenda in this recipe without a taste change, but I don't know about other sugar substations available on the market. If anyone uses a sugar substitute that tastes well, please leave your tips below to share with others.)

This pie served approximately10-12 people with very small pieces, but there were those who garnished their pie.

My grandfather enjoyed a very small slice of this pie with a dollop of whip cream, sprinkles of granulated coffee and a cup of really strong coffee (I think he was drinking espresso before it was cool), while my grandmother liked to stick a butter cookie in the center of her piece, and then a dribble of thick chocolate sauce over the top before eating it with a warm cup of rose-hip tea.