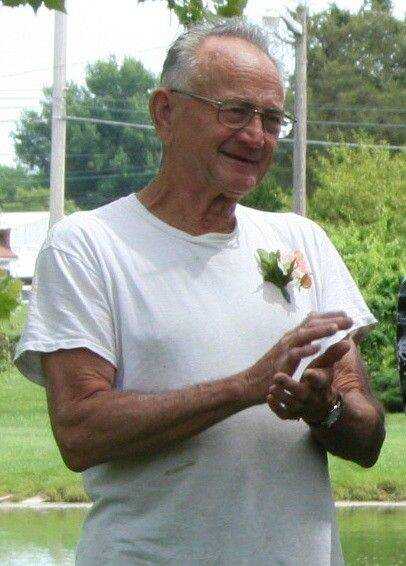 My father, Mitchell B. Jackson, is 78 years young!

Last Friday (Jan. 29) was an odd, yet special day for our family.

My father, Mitchell B. "Jack" Jackson, was supposed to celebrate his birthday.

"It's just another day," he has said since I was a small child. "I don't need gifts and I don't care about cake, so don't you go and do anything special for me."

As children, my sister and myself went ahead and cooked special treats and made "awesome gifts" for him. He tolerated the attention with a forced smile because that's what dads do for their children.

But my father has never been a person to celebrate his own birthday, or even "toot his own horn." It's just not his style.

Oh, he loves to celebrate someone else's birthday. He will gladly help someone else blow out their birthday candles, eat their cake and ice cream and have a good laugh. I've even caught him singing "Happy Birthday" when there is a large enough crowd he feels he can get lost in.

Just don't make the mistake of planning a surprise birthday party for him. You will never hear the end of it!

"I told you," he will grumble at first and then spend the rest of the day with that forced, slightly uncomfortable and nervous smile on his face. (I much prefer my father's real smile.)

I don't know why he feels that way, and he refuses to explain his reasons. That used to drive me crazy, but -- as time passed in both our lives -- we both have come to understand the ways of others.

So, for the past few years, I give him the only birthday gifts I know he really appreciates: A great big hug, a kiss on the cheek and a whispered wish of "Happy Birthday."

I also make Grandma Iva's homemade chicken and noodles for dinner. While eating the noodles, my father starts talking about "the good old days." (I admit, I consider that a belated birthday present for me!)

Part of those memories includes one of his best friends, his mother-in-law and my grandmother.

My grandmother guarded her treasured recipe for years.

People would always ask for it when she brought the noodles to pitch-in dinners or family gatherings, and she would write it down. However, she would secretly withhold a few ingredients -- even to family members -- so it would never look or taste quite the same.

Last Friday, my father started talking while my husband and myself were in the kitchen making the noodles. He hung around the stove, watching Jason cut the noodles and picking at the plate of chicken waiting to join the noodles cooking in the pot.

It was fun, but most of all it was wonderful seeing my father have his appetite back after being ill the past few weeks.

I have decided to share my grandmother's most treasured recipe so that others might be able to sit down to a homemade family dinner and enjoy some treasured memories.

HOWEVER, I will leave out two "minor" ingredients in honor of my grandmother. Why? Because I believe the best part of cooking is learning how to make a recipe YOUR OWN, which is what she did. That unique flavor she created will remain hers. I will leave out one ingredient she added and one that I added over the years to keep our family recipe ours. I hope that you will try and make this one of your "treasured family recipes."

Ingredients for the noodles include:

Dissolve the bouillon in the warm water, smashing the cubes with a spoon to help the process if needed.

Measure 2 1/2-cups of the flour in a large bowl and make a well in the center.

Whisk the eggs, oil and the granulized garlic into the bouillon mixture until frothy. Then add to the flour until mixed thoroughly.

Divide the dough into eight sections, and then roll dough around in the remaining flour to coat. Make the balls into 1-inch ropes and set aside.

In a large stockpot, bring two quarts chicken stock to a rolling boil and a tablespoon of butter. If you're using carrots and celery, add the carrots now. Lower your cooking temperature to medium so the noodles can cook without scorching.

Use scissors to cut 1/4-inch noodles from the dough into the pot. Stir the noodles often to keep them from sticking to the bottom. Once all the noodles are in the pot, add the celery.

If the broth is too thin for your taste, thicken it using your choice of a slurry using cornstarch or flour and water.

More from this blogger · Ivy Jacobs
Comments
View 3 comments
Note: The nature of the Internet makes it impractical for our staff to review every comment. Please note that those who post comments on this website may do so using a screen name, which may or may not reflect a website user's actual name. Readers should be careful not to assign comments to real people who may have names similar to screen names. Refrain from obscenity in your comments, and to keep discussions civil, don't say anything in a way your grandmother would be ashamed to read.
Respond to this blog