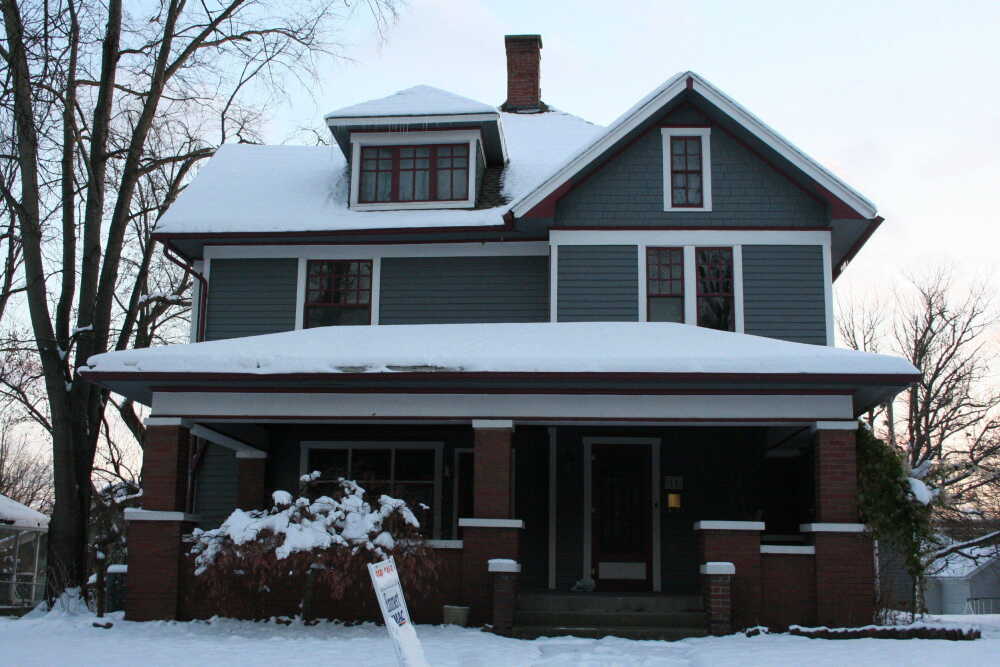 Well, if you look back at this blog you will notice the same thing my boss did today: I haven't posted anything for over a month!

It's been a little hectic around here.

It's not that there weren't ideas or recipes I wanted to share, life has threw me a few curve balls over the past few weeks that made things very interesting.

Although my husband and I began a search for a bigger home last summer, we had pretty much given up hope by fall. With the cooler temperatures arriving in late August, we both agreed it was probably best to just tough out the winter months in our cramped, yet economical, surroundings until spring.

"When the right home is out there, by the grace of God, we will find it," I firmly believed those words when I told my disappointed husband. For some odd reason, he thinks I deserve whatever I want, when I want it. I tell him life just doesn't happen that way.

Unbeknownst to me, that same weekend God had a few other plans in the works.

While walking to better my health on a Sunday afternoon, I saw a "For Sale" sign in the front yard of a beautiful two-story home. It wasn't the first time I had seen it. The house had been on the market for quite a while. I knew because I drove by it on the way home almost every day, but it was way out of our league financially.

I walked a little further down the street, but a little voice began to nag at me for not at least taking a peek.

The people in the neighborhood must have thought I was nuts for what happened next. I stopped, thought about it and turned around to go look.

My family expected me to always return within 30 minutes. I didn't have time to go looking at a house.

Yet, what harm would there be to go take a look?

Then I stopped again to tell myself I was being foolish. There was no way we could afford that house. I turned around and started my health walk routine again, but the nagging little voice inside my head got louder.

It must have looked like I was picketing the neighborhood.

I stopped again. After a moment for a mental argument with the voice inside my head, insanity won out and I finally walked back toward the house, grumbling at myself all the way.

While peeking in the windows from the front porch, I could see it was beautiful and big. Although it had incredible woodwork inside (which I love), it was the second story porch that won my heart. I have dreamed of living in a house with a porch like that since I was a child.

So excited, I am not sure how I got home.

The first thing I said to my husband when I got home was, "You have to look up how much it costs!"

Turned out it was a little outside of what we wanted to spend and feel comfortable with, but I assured my husband, "the numbers man," it was worth every penny.

We called the realtor and scheduled a peek at the house the next weekend. The whole family and several of our friends went along to look at and fall in love with the house called "The Duchess."

"You were meant to live here," a friend of mine told me standing in the living room. "It's like it was built and decorated just for you."

So the rollercoaster journey into becoming homeowners began for us.

A bidding war, which we failed at twice, began. Meanwhile, with new inspiration in our hearts, we also looked at several other homes we discovered for sale and a couple for rent. All the while, we both kept our fingers crossed that The Duchess would soon be ours.

Although, after several heartbreaks, the third time, with a little help from our realtor, was the charm. In late November, we were told our bid was accepted.

But, due to all the problems we had experienced, nobody packed anything out of fear we would jinx the deal.

We were told the closing would happen right after Christmas, the day before my birthday. However, as a way to show us how much we should appreciate our new home, the whole deal almost fell through.

Two days before Christmas we discovered the problem, which was actually known three weeks in advance, but no one told us!

The look of disappointment on my son's face devastated my heart when I told him we might not get the house. I almost chewed my fingernails off all the way to my elbows out of frustration and disappointment!

Determined, my husband and I set out to remedy the problem. Maybe it was the Christmas Spirit in the air, I don't know what, why or how it all happened, but I thank God for the kindness of strangers.

On Dec. 28, with all our insurance problems ironed out only hours before, my husband and I signed the paperwork to become the proud new owners of The Duchess!

Problem was, in the middle of the holiday season and with no real vacation time left in the year for my husband and I to both take off, our family had to move "lock, stock and barrel" in seven days. There were also two birthdays to celebrate, a personal milestone was accomplished in my life (publishing a book) and I found myself caught up in some rather unusual stories here at work.

The move was a royal nightmare.

But it was also fun watching motivated teenagers pack up their belongings for a new home.

When all our stuff was inside The Duchess, we seemed to lose a few rooms in the mess. I'm proud to announce we are finding them as we clean our way through the mountain of boxes.

Last weekend, my husband and I sat down on a living room couch to take a break from the chaos.

"Can you believe this is our house?"

Honestly, no I can't. But I am grateful for everyone who helped make The Duchess our home.

As you can tell, life has been hectic. Home cooked meals haven't been a priority. No one has had the time. Anything that we could quickly shove into our mouths when hungry has sufficed the past few days.

I've cooked a couple of family favorites since we rediscovered the kitchen this past weekend, including nacho dip, spaghetti and eggs, chili and mini pizzas, all of which I have written about in my previous blogs.

However, while putting away my cookbook collection, I discovered a "big-city casserole" recipe by my Grandma Iva I think I'm going to make this weekend.

1 lb. pkg. button mushrooms, cleaned, sliced and divided to reserve some for topping

1 can diced tomatoes with basil and garlic

Preheat oven to 350 degrees and lightly grease a casserole dish.

Cook noodles according to directions on package and drain.

Brown ground beef in the butter before adding half of the sliced mushrooms, red onion, garlic and green bell pepper. Drain off excess fat.

To make casserole, layer equal amounts of noodles, cheese mix and then meat sauce, repeating until all items are used. Top with sliced mushrooms and a sprinkle of the cheese.

Cover and bake in oven for 45 minutes until bubbly. Remove and let sit for a few minutes before serving with garlic toast or fresh baked rolls/bread.

If you've stuck around to read this entire blog, thank you. Guess this makes up for not posting for more than a month, but what a month it was!