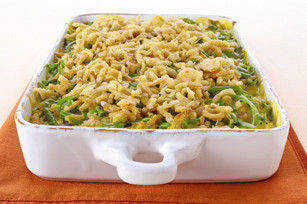 Things were a little unusual around the office last Friday. My husband, who works at the desk right in front of me, took the rare day off.

We are one of those couples who are lucky enough to work together at a job we both love. For us, work is work, and home is home.

Although some people don't understand how, it's easy for us to separate the two.

However, it was weird for me to look up and not see him working away at his computer on a story or setting the paper. It's nice to have someone to share the ups and downs of our crazy lifestyles and work habits. No matter how crazy things get, he's always got a smile for me.

Honestly, I rightly guessed he was home relaxing and enjoying his recent birthday present: A new Xbox 360.

His brother, my son and my father were also around the edges, causing some type of comedic havoc through out the day. (Which is only fitting to some degree, because he pranks me enough when I'm home.)

Although I don't understand the whole infatuation with gaming systems, he sure likes to play sports-related games on that thing. Currently, he's battling his way through a game called "NBA 2K11." It's his form of stress release, and my form of comedic release.

Thank God, he's a patient man when I find something weird about the game to make an astute observation on.

"Your guy looks like a mad scientist with those bushy eyebrows," I will say when he least expects it, or, "Why is your guy skipping down the basketball court?"

I have made much more risqué remarks, but he laughs each time. So does his brother, who always gets this look of bewilderment on his face when I do something like that.

Another thing I was sure of, he cooked dinner for the family. (On the menu, an oven-baked pork roast seasoned with garlic, onions and lime and homemade polenta squares.) I'm blessed that my husband also shares my love of cooking.

It was nice to go home and have dinner waiting for me. (Actually, he called me to tell me it was done while I was at the office.) Even nicer, is the fact he cleans up the kitchen afterward. Talk about a GOOD MAN!

As faithful readers know, dinner around our house can often be hectic. There's not always time for such a slow-baked treat. Usually it's a race against time to cook anything for the hungry masses. According to what my Grandmother Iva would call it, "It's a real rigmarole."

Is your home chaos during mealtimes too?

Sharing this recipe for Tater Tot Green Bean Casserole might help calm the situation down:

1 can cream of mushroom soup

1 can cream of potato soup

Sprinkle tater tots, slightly crumbled, and half of the onions to cover the bottom of a baking dish previously sprayed with cooking spray or buttered. Bake in a 400-degree oven until tater tots are golden brown.

While the tots are baking, cook the ground beef until lightly brown, and then pour off fat. Return skillet to the stove and add the remaining chopped onions, garlic and mushrooms and cook 2-3 minutes longer. Add potato soup to meat and onion mixture.

Heat green beans in a saucepan; drain well before adding mushroom soup and a splash of Worcestershire sauce. Pour meat mixture over the baked tater tots, and then the green bean mixture on top of that. Sprinkle the cheese and the fried onions or potato sticks on top before baking up to 30 minutes in a 350-degree oven, or until bubbly.

I recommend you serve this with garlic toast.