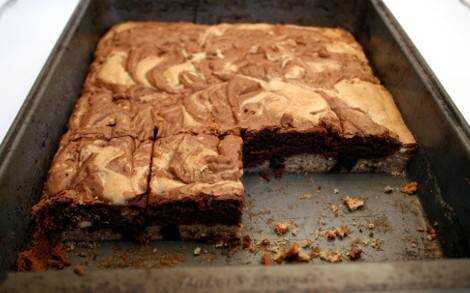 My husband shaved his head recently. He asked first, which I said it was OK, but he knows I prefer him with hair. Don't get me wrong, it's not a deal breaker. He's an incredible man with or without hair.

But, I'm sort of selfish when it comes to his wonderful locks. Love his hair and his beard.

He's cut them off a few times for various reasons, mostly for Locks of Love. It's part of the reason why he's so great to me, to be that compassionate for others.

This time was different.

"I'm losing it anyway," he said when I apparently pouted at the news he was going to be bald from now on.

Told him I understood, but to give me a little time to prepare. He agreed.

A week or two went by and we didn't talk about it anymore. I figured he'd changed his mind. Then I came home one night and not only was he bald, but the beard was gone too.

Apparently I didn't pout, just starred at him in shock. I wasn't ready for complete hair removal.

"I was trimming my beard up and the trimmers slipped," he said. "The more I tried to fix it, the worse it got. So, I just shaved it all off."

He asked if I was mad. I told him no, he had told me the day was coming -- but I just was not expecting it to be so soon.

Few days later, I stared at my dull, lifeless hair in the mirror. I hate when it just gives up and refuses to behave. So I went and got a haircut. While out, I stopped at a beauty supply store to pick up a new product to add some shine to the "old grey mop" sitting on my head.

The past year had sent our family down a rabbit hole of madness. Things in our lives had been rough, rougher than I knew I could handle the chaos alone, but we survived it all together.

My health issues affected my hair terribly. Patches of grey -- like Dalmatian spots in reverse -- popped up all over my head, and it was thinning so badly I really didn't have much hair left. I went to a beauty supply place to find a solution.

It took me 40 minutes -- staring are all the different colors -- to finally make a decision.

Came home and set the hair coloring into motion. An hour later, I looked in the mirror. Looking back at me was a blonde stranger with a wicked little smile on her face.

In 50 years, I've never been drastic when it came to dying my hair. I always maintained my dark brown hair. Well, except for that one time it ended up Barney purple by accident. "Everyone should have clown hair once in their lifetime," was my explanation for that mess. It was a fun time needless to say.

When my husband got home he didn't say a word when I met him at the front door.

"Um ... Ok. Do you like it?" It was all he said about the proverbial elephant sitting on top of my head.

"Yes I do. I want pink hair, but you have to be blonde first. I needed something different after all that has happened," I said.

He kissed and hugged me and felt how soft my hair was.

"It's nice," he said, adding it might be fun to live with a blonde for a while.

A week later, I tried to turn my hair pink, which didn't really work so well. So, with part of my dark brown hair still there, I was blonde on top and that was just fine. It was something different.

That was when my darling husband said my being blonde was ok, but he preferred my dark hair.

I couldn't help it and said, "Well, it was going grey anyway."

For most couples that would be the first volley in a long-fought civil war that would be probably raging for the rest of the year. For us, well (we are both a bit goofy) we just laughed it off and still are two months later.

My being blonde has also be the source of several running jokes between us. As you know, I'm not quite myself. Guess I was always silly, but now there are times when I just don't know what is going on, who I'm with, what I was doing... you get the picture. I always feel like such a fool when it happens. I know why it happens, but I still have times when I think I should be better and hate that my brain decides to start over. My hairstyle -- a bottle blonde -- has let us laugh together about these tense situations.

It's nothing to hear my husband, or my brother-in-law, say "it's time to lay off the bottle sweetie" and help me fix whatever I've forgotten again. (Thank you for your patience guys. I love you both dearly.)

As fall approaches, I'm thinking of casting off the blonde locks and becoming a brownie again.

What do you think?

As for a recipe, I couldn't help but find one for "cheater blonde brownies." Hope you enjoy.

Blend cake mix, eggs and melted butter with electric mixer on low speed, scraping all the mix down the bowl sides until the ingredients look like silk.

Stir in chips and nuts, stirring until well incorporated. Mixture will be very thick.

Scrape mixture into 13x9 pan, press batter out evenly so that it reaches all the sides. Then drop plops of the fudge mixture along the top of the dish. Swirl if you want to, but I like the plops myself.

Bake -- using the preheating instructions on the box -- until golden brown and a toothpick inserted in the center comes out with a few crumbs attached. Bake 20-25 minutes, five minutes longer if needed. No more than that because they will dry out. Cool on wire rack for 30 minutes before cutting into small squares.

You can also bake in the mini cupcake pans for a sure-fire bite-sized treat. You can ice them with your favorite kind, but not too much because these are so rich!