You are so beautiful, to me 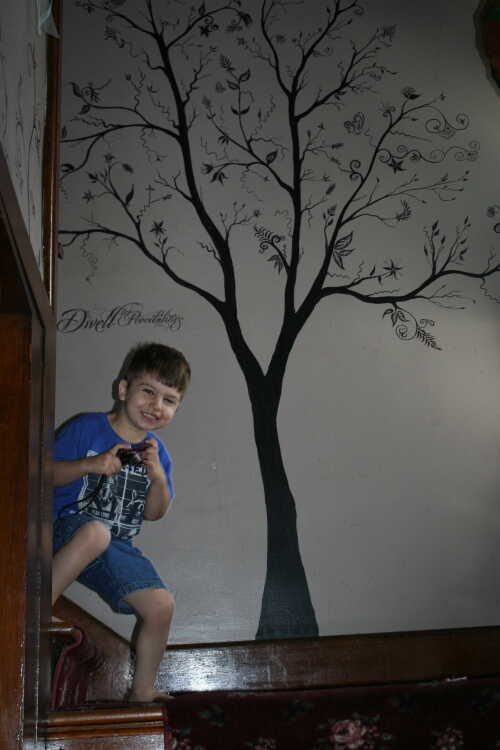 One of my favorite photos of my grandson Booga!!

I love the SNAPSHOT section on the paper's website (www.thebraziltimes.com). When covering an public event, I wander around and take candid shots of people enjoying themselves. The idea is to show someone unable to attend what happened.

Recently, I've had several people avoid my camera, ducking behind things, putting their hands up or turning their heads at the last minute -- some even after agreeing to being in the picture.

"You are so beautiful, to me, can't you see?" Or so the famous song lyrics go.

However, so many people don't want their picture taken, seeing themselves unworthy. I understand. A personal monster has been throwing aspersions like that at me since I was a teenager.

There might be two-dozen or so pictures floating around among my family, taken during holidays, usually of my hand blocking the shot or me ducking behind anything to hide from the camera for over 10 years. In those pictures I'm that blur moving away from the Kodak moment.

It all started when someone whose opinion mattered to me - that really shouldn't have - pointed out I looked fat in a family photo. It wasn't the only cruel incident that impacted my psyche, but it was the beginning. From then on it was all downhill. At some point they didn't need to emotionally beat me up anymore, I did a better job at it then they ever could have.

How do we let people -- usually those we love the most -- tear us down mentally and emotionally so much, so bad that we let it destroy who we are? I don't have an answer. I still fight it every day, and I'm 50.

So, I am omitted from the pictures of precious family moments, self voided by self doubt.

One day at a local park, an older woman was watching my refusal to take part in family photos.

"You're not going to be around one day," she said when we started a conversation a short time later while watching my kids play. "We all die sooner or later, sweety. If you don't let them take pictures of you now, your children won't be able to introduce you to your grandchildren, or great-grandchildren later. You're denying them the gift of sharing and honoring the memory of their mother."

I'd never thought about it before. I always knew the reality that everyone was going to die since my childhood.

While I growing up in the 1970s Paul Williams wrote a song titled "The Hell Of It," which had lyrics stating, "We're all born to die, you know, you know that's the hell of it." (It's one of my favorites and will be played at my funeral.)

Anyway, didn't think much about it, but later that night what she said wouldn't let me sleep.

I kept thinking about my daughter and son not being able to look through photo albums with their kids. I love looking through them with my kids, showing them the faces of long-passed loved ones. Seeing pictures makes the stories connected to the captured moment all the more vivid, real.

"A person is never really gone when they die, as long as someone remembers them," a trusted family member once told me. That notion is comforting and I believed them.

It was scary to think I had removed proof I ever exhisted, and when memories failed, and those who knew me in life passed away, I would be gone. Eternally erased is a scary thought.

After that, I sucked it up and have had a few pictures taken from time-to-time. I don't like them. Never do. Think I look horrible in all pictures, it's just my mental programming. Somewhere in my brain there's a wire crossed and, no matter how hard I try, I see myself differently than the world views me.

However, over time, I have learned everyone has an inner beauty uniquely their own. Even me.

So, I make it a point to tell people they are beautiful, which I truly believe or I wouldn't say it, when I take photos for my job. It never fails, there's always someone who doesn't want to get in the picture. I don't push the issue or try to guilt someone into doing it, but I do tell people the truth: They are beautiful and worthy of having their picture taken.