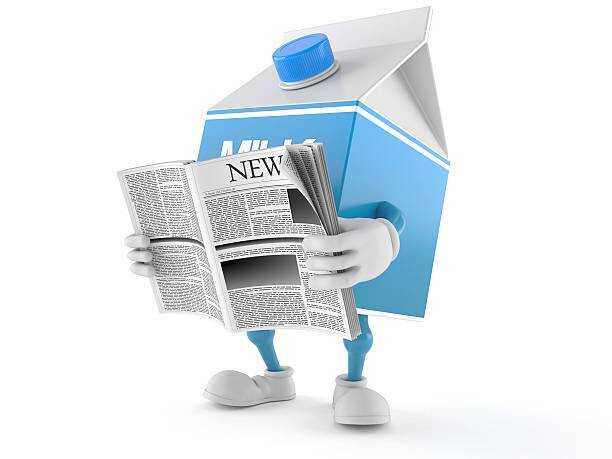 It’s official, we live in a material world.

Who knew that Madonna’s song “Material Girl” in January 1985 would be a predictor of the future. The song is about the superficial way of using relationships as a means for power, money and the whatever else a person might want at the moment, or until they change their minds and move on to greener pastures.

My grandson was recently helping me clean up in the house.

“What’s this?” Boogs asked me while looking into a bag of beauty products that are lucky to be opened a couple times a year.

“It’s makeup. Your mom has some. I’m sure you have watched her put it on at least once.”

Boogs sat there in silence, picking through the contents of the bag, for a few moments before I heard, “Why?”

I probably should have just let it go, but we have an honest relationship.

While some women might be offended to consider the answer, I had once asked my grandmother the same thing. That’s back when women never left the house without making sure she put forth her best face to the world. Grandma Iva wore lipstick until the last day of her life, but she rarely wore what you would call a complete look. A little bit of powder, maybe a touch of rouge on her cheeks to show some color (Usually she was a cheek pincher instead, forcing those blood vessels to the surface naturally when needed.) for an important event or a night out on the town.

Truth is, back 50-60 years ago women wore cosmetics to put their best face forward in the dating pool.

“Long time ago women used to do that to catch a man’s eye,” I told him without thinking about what I said.

After explaining girls didn’t actually take the guys eyes out (that’s a conversation for when he’s little older), I confused him even more while trying to explain vintage dating rituals to a six-year-old boy. There was a long pause of silence this time before he asked another question.

“Did you or mom do that? Wear this to catch poppy and daddy?”

My daughter is a beautiful young woman who doesn’t need makeup. I’ve worn it over the years, but not much when I did. Older now makeup didn’t seem that important. My attitude for cosmetics is the same as my grandmother’s but without the lipstick. (Could never put it on quite right. Always thought I looked like a Mandrill monkey, the ones with the red, blue and white faces and the brightly colored backsides. There’s a mental picture that gives you a glimpse into my mind.) It was surprising that Boogs was listening so intently to me, maybe it was the monkey part that had his attention.

That is until someone walked through the room and said something about warpaint and proffered advice about avoiding a painted heifer.

“A girl shouldn’t have to paint a thick mask on her face to find a date. That’s false advertising right there,” they said, thinking it was funny. “Oh, yeah, and don’t believe that saying about ‘free milk and the cow’ either. There’s nothing wrong with trying a sample before you make a purchase.”

Needless to say, Boogs looked at me like they were speaking Martian.

“Nanny?” Boogs asked. “I think cows are pretty without warpaint. (Pause.) I don’t know why they have to do that. (Longer pause, I could see him thinking it through.) I really don’t like milk, even if it’s free.”

In one fell swoop, the six-year-old spoke wisdom beyond his years. With that, he smiled and hugged me, said I was cute and then went to watch a football game with Poppy.

However, that part about the milk and the cow simmered in my mind for a while.

The Georgia Satellites catchy debut single “Keep your hands to yourself” in 1986 featured that idiom in the lyrics. Among the many variations of the phrase “free milk and a cow” that references casual sex, it also means “why pay for something when you can get it for free” otherwise.

The Brazil Times’ Facebook page recently has had a lot of people commenting about something similar.

Facebook is a source of direct marketing to let people know about what’s going to be in the newspaper and on the website at www.thebraziltimes.com. I’ve always considered it like advertising on television. The posts act as commercials for our stories.

The Times posts many things on Facebook. Travel advisories, weather alerts, calendar/community events information, there have been contests, church news, and various other types of information the public might want or need to know that is posted “free of charge” for anyone to read.

Content created by the staff is often posted as a link to our website. We usually post brief snippets from the story, so a Facebook reader/follower will know what’s going on, but the entire story is on the website or in the printed newspaper. Recently we started adding to the social media post when and in what print edition of the newspaper the story can be found, in case someone is looking for it.

The website, which is regularly updated, offers a few free clicks each month to a visitor before prompting people to consider purchasing a subscription.

This has become normal for other media outlets of all sizes throughout the world.

Yet, the local complaints keep coming.

Anyone ever hear Dire Straight’s song “Money for Nothing” from 1985?

Whether a subscription price is too much a person might need to weigh it against something they already spend money on.

Americans spend an average of $2.18 for a cup of coffee, a store-bought drink or a bottle of pop, and an average of $10 for a restaurant meal. If a person stops for a drink or eats lunch out only once a week throughout the year that’s at least $500 and as much as a $1,000 or more, considering the frequency and how hungry or thirsty you are.

The local newspaper runs various subscription specials throughout the year that are way less than that.

Let’s be honest about this, newspaper, subscription, and the advertising sales are relied upon to ensure employees are paid for their efforts.

The inevitable truth is one day there will not be a newspaper (and most likely magazines and books too) to hold in your hands or cut articles from for scrapbooks. (Scrapbooks are probably dying also, now that I think about it.) It’s scary how much of what we used to rely upon as a society is quickly slipping away. The day when everything goes digital people will have to pay for access to information one way or another, and by then it won’t be cheap or free. Consider this: Fortnite Battle Royal is a downloadable video game that lets people get together online and play for free on various game consoles and computers. Among the hundreds of thousands of people who play, research has shown that 68 percent have made in-game purchases totaling an average of $84.67, and that is growing monthly. EpicGames, the company who is breaking records with its profits, has estimated the total revenue from Fortnite to be $318 million since its release in September 2017. Apparently, that is important to people.

You think EndGame’s social media page has people on there demanding “free milk or the cow” for the downloadable content they promote?

Currently, there is a vast oasis of information on the internet for anyone to find.

It’s disheartening when someone posts “Why post this story if I can’t read it?”, “What’s the point?” or “You can get it for free” somewhere else.

While these grumblings are especially posted on social media, I can’t help but wonder if all the other advertisements for various goods, events and so forth are also hit with “free milk and a cow” ideology? If you show me a social media post about Diet Pepsi, does that mean I have the right to demand it for free?