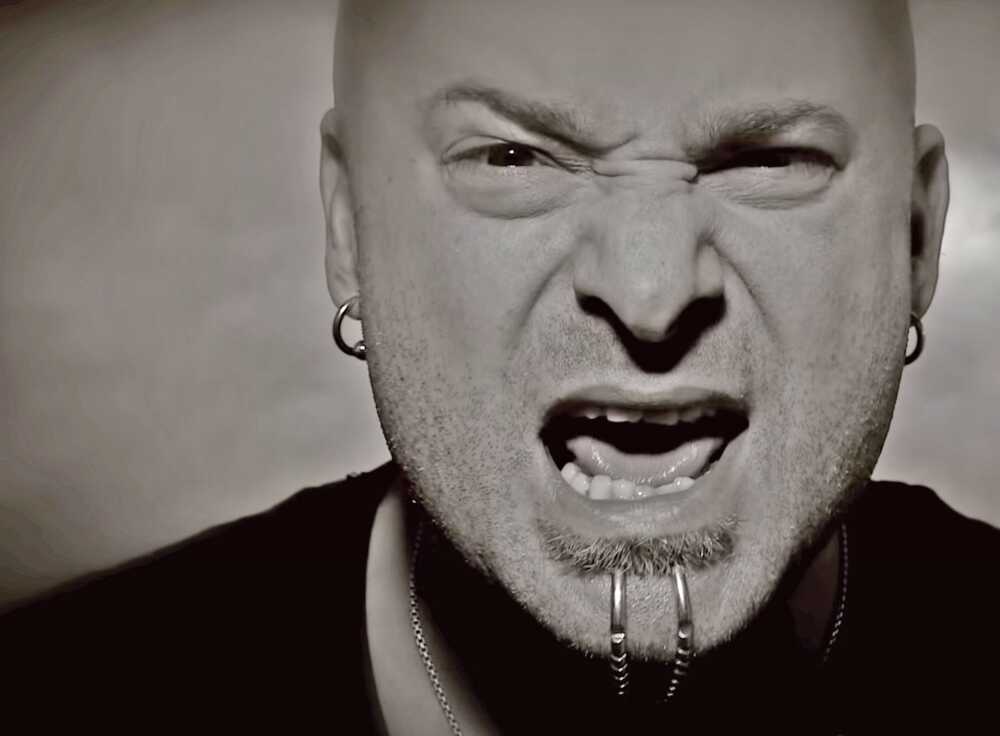 On the way home from work Monday night, I found myself sitting at a stoplight listening to a song on the radio: The band Disturbed's cover of Simon & Garfunkel's classic "The Sound of Silence."

Understand, I have heard the song numerous times since released in 2015. I admit, the first time it came on the radio, I sat in awe as David Michael Draiman's voice echoed in my mind a very out-of-character performance.

Disturbed is considered a heavy metal band, and I wasn't a fan of their music. Draiman's performance was mesmerizing, to say the least.

So Monday, it wasn't like I was hearing that music for the first time.

I looked up the meaning of the song a long time ago.

Art Garfunkel once said the song written by Paul Simon is about "the inability of people to communicate with each other, not particularly intentionally but especially emotionally, so what you see around you are people unable to love each other."

The world is so upside down right now; I feel that I am not the only one who feels this way.

My Monday began with my phone ringing shortly after 8 a.m. I won't lie, I didn't answer it because my sleep patterns are completely messed up due to a brain injury beyond my control, and I sleep till 10 a.m.

I heard it ding a notification of a voice mail and started to drift back to sleep again. Another ring, and another ding, kept interfering with my sleep. After three or four times, I sat up and opened my phone.

This isn't usually a good sign in my line of work.

As I was waiting for voicemail to open, my daughter called me. Grandson Booga was exposed to COVID-19 and being sent home from school.

It turns out the voicemails were from other parents letting me know their children were sent home too.

I sat up and immediately began to get ready to go to work.

Clothes on, work bag ready, officially clocked in, and turned the scanner on to listen to what is happening in our community and first responders while tying my shoes to leave.

It was a foreboding day for me. It felt like something was coming, and it wasn't going to be good. That's not a good sign in my line of work. Did I tell you that?

The chaos continued to grow as my phone started getting text messages from people whom I will not identify:

Why won't I identify them? They all said the same thing:

"This is getting scary. The world has gone nuts."

"Don't use my name; I don't know if anyone is actually safe right now. I don't feel safe."

These are ordinary people trying to do the right thing for themselves and those they love. They are trying to stay healthy in the face of a medical emergency across the world.

I am one of them. I sat in Forest Park at the COVID-19 testing site to provide socially distant moral support to Boogs, who is nine years old, nervously waiting in line with his parents to have a Q-tip shoved up his nose. (Sorry, it's icky, but necessary during these times to be safe.)

Then a horrible accident happened on State Road 59.

It's my job to keep the community aware of breaking news, and roads closed due to an accident are essential reporting. I went, got limited information, and returned to work to advise the community of a traffic advisory, to detour around it.

It seems simple enough; please avoid this area while first responders help those in need.

When I returned to the area, avoiding the highway and parking about a quarter-mile away to take photos with a long angle lens, I watched law enforcement try to keep traffic from driving through the scene.

The intersection was closed at 59 and Pinckley, yet the cars kept coming.

Of course, one or two is possible because maybe they weren't traveling through the intersection and didn't see the closure.

For me, the critical point for those who weren't trying to avoid the area and were determined to drive through was this:

A vehicle pulls out of Forest Park onto 59, rushes down to where police cars are blocking the road (cellphone in hand); officers then have to explain more than once they can't drive through the area; the driver turns around and guns their vehicle while leaving the scene.

Seeing a couple of them "fly the bird" in honor of the moment was a priceless bit of whimsey that I am positive the officers and volunteers trying to do their duty weren't very happy to see.

Not everyone was behaving this way, but there was enough to make you sick to witness humanity and society at an apparent low point.

Amid this tragedy, a fatality occurred.

This is a tricky aspect of my job, reporting the news accurately and still providing families facing emergencies and crises their privacy.

Another conversation, an unexpected one with a lovely resident, I had Monday addressed it so eloquently I will share it with you:

"I suppose that's why it's a calling. Nobody would dare ask someone else to stand in Death's way and fight that darkness, but those among us who choose to do so are the great ones. They are a gift to our community."

Yes, a gift. Much like music is to many people.

"Hello darkness, my old friend, I've come to talk with you again."

The truth is, there is darkness in our society right now. And people are not communicating with each other. We are not listening either. It seems we don't really care for each other, intentionally or emotionally anymore.

In the movies, after the Enterprise crew broke the law to rescue Spock, his mother asked if he still believed the adage. I loved that Spock admitted humans are sometimes illogical, but he held onto the idea. He was Vulcan; logic was in his blood.

Not sure what movie it's in, but there is another time when a crew member is in jeopardy, and Spock repeats his belief.

Captain Kirk asks something like, "Is this the logical thing to do?"

Spock, maybe in touch with his human half, answers, "No, but it's the human thing to do."

Basically, Spock learns there are times when the "human" thing is more important.

Getting down to basics, it seems some people have stopped being logical when it comes to being a part of a community, which we all are whether we want to be or not.

It's a big rock we live on, but we are all communal Earthlings - human beings.

If we don't figure that out very soon, we will lose our shared humanity: The ability to be altruistic, sacrifice for the good of others and be caregivers.

Who knew a song written in 1964 by a 21-year-old songwriter would foreshadow the state of current events?

Who knew a 1960s sci-fi television series would contain a beacon to hold high and appreciate on a very human level?

Did I tell you I cried like a baby while sitting at a stoplight today when I heard, "Hello darkness, my old friend, I've come to talk with you again?"

Here is the video for the song on YouTube. It's worth a listen...