History of the Easter Bunny 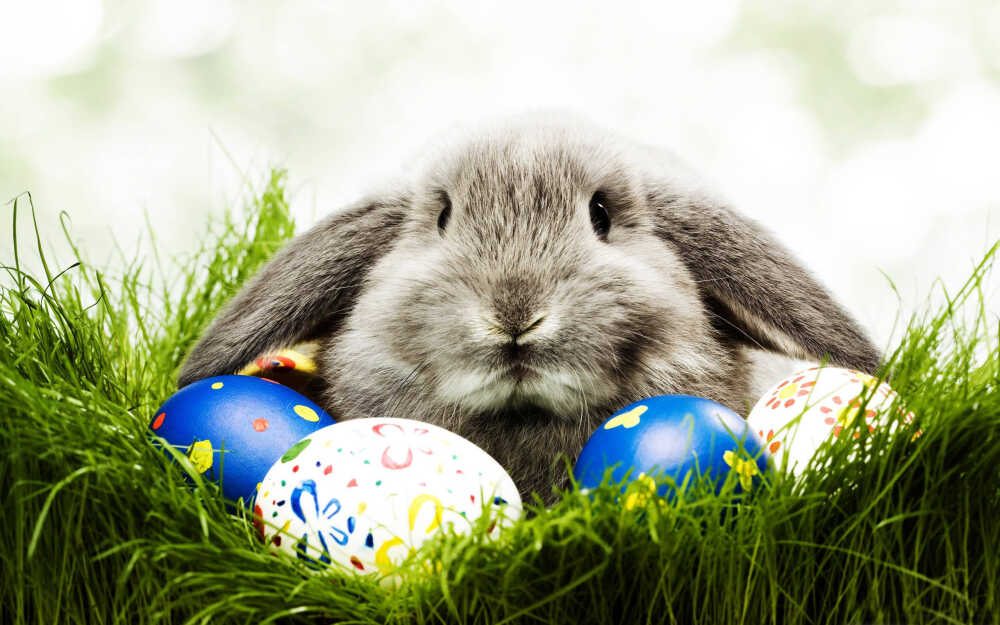 The Easter Bunny is warming up his motor, as he readies himself to hit the road. Since he is not out and about now, it is safe to tell you a little bit about him. You may or may not know this history about the furry fellow. He is a good egg worth talking about this week.

“The Easter Bunny has its origin in pre-Christian fertility lore. The hare and the rabbit were the most fertile animals and they served as symbols of the new life during the Spring season.

The bunny, as an Easter symbol seems to have its origin in Germany, where it was first mentioned in German writings in the 1500s. The Easter Bunny was introduced in American folklore by the German settlers who arrived in Pennsylvania Dutch country during the 1700’s. The arrival of the “Oschter Haws” was considered childhood’s greatest pleasure next to Christ-Kendel on Christmas Eve. The children believed if they were good the “Oschter Haw” would lay a nest of colorful eggs. The children would build their nest in a secluded area of the home, barn or garden. Boys would use their caps and girls would use their bonnets to make nests. The use of colorful Easter baskets would come later as the tradition of the Easter Bunny spread through out the country.”

Dad raised rabbits for over 70 years. What began as a hobby for him when he was a young boy, grew into a part of his homespun business. He raised hundreds of various domestic breeds. During his lifetime, Hughie Lynch neither tired of his passion nor ran out of rabbits. From the day his ‘Pop’ told the young boy he could have a rabbit or two; he was hooked. A doe and a buck were his chosen two.

As time passed the rabbitry grew and grew. In June of 1994, when he died, the hutches were loaded. He was still supplying the Indianapolis pet shops and other outlets, as well that year, with healthy Easter bunnies. He sold them at the homestead with a promise. If the buyer tired of them or the required care, they could bring them back and receive a refund. No parent or child was turned away for lack of money.

We kids did not worry or wonder if Easter Bunny would pass us by. Our parents had it covered. Dad had those bunnies that everyone of us cared for one way or the other and both. He raised the poultry and water fowl that laid the eggs that found our baskets. Mom waited until we called it a day. We could hear her sing church songs behind a closed door in the kitchen. She loved to boil the eggs and decorate them with stickers and select word. Give her that little box of dye and a wire wand and she’d get carried away with her project. One could pen a verse on geese eggs. I watched her work once or twice through the keyhole. Like I said, they had it covered. I don’t know who loaded the bushel baskets with straw and placed them on the front porch to be found on Easter morning by their kids. Oh, I am not done.

Dad worked at Lynch Brother’s Grocery. He and our uncles made sure our baskets had plenty of good candy. Mom purchased her treats for the baskets from the dime store in town. I loved the large chocolate-covered eggs filled with nougat, nuts and dried fruit. Sales associates personalized the eggs with icing and flowers. I disliked jellybeans and milk chocolate hollow rabbits. I kept that to myself until now. I also was a fan of red paraffin lips and candy cigarettes. Oh, it would be nice to have those big red lips again.

That was all good and I was grateful. On Easter Sunday after dinner, as they referred to the meal at our house, my family and I gathered around the piano and sang Easter songs. We did not own a car, never did, but when I was old enough, my Easter mornings were spent at church. I will always be grateful to Chelas and Marie Sheese, Ernest and Francis Hayward and Henry and Sylvia Cagle for taking me to the various churches in the area during my formative years. They are all in heaven now, but they live on in my heart.

Happy Easter to everyone.