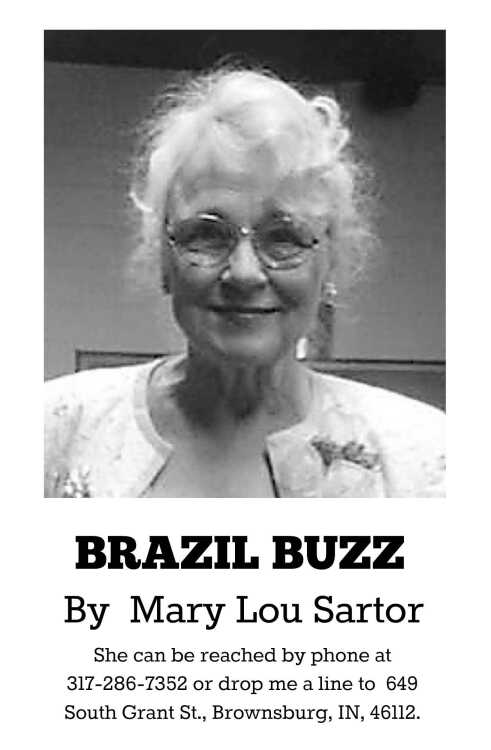 Wednesday, what started out to be a good day ended up to be less than pleasant for us. Paul had an appointment to see his primary-care provider at the VA Clinic in Terre Haute.

When we moved to Brownsburg he decided to continue to see Dr. Webster there. Paul knew someday that he should transfer to Richard Roudebush for the service. All other specialists who treat the veterans are at the hospital. The main reasons we moved from our place and the little blue house at the end of the road were because of his many health issues and to be closer to family. Paul did not know when we left our present home to head out for his appointment that day would end as it did for him. Our trip was uneventful. Traffic was not heavy and he was feeling good. We reached Brazil and stopped at Riddell Bank to do our banking business and arrived in Terre Haute with time to spare. He had requested an appointment a few days earlier because of weakness spells of shaking and that had become too frequent to ignore. So it was, we were there. The nurse called his name and as she started to weigh the patient, Paul suffered a seizure. She, then, led the fragile veteran into the office and his body shaking became more intensive. She called in Dr. Webster during the episode and he instructed her to call a rescue unit in to transport us to the closest hospital of the patient’s choice. Off we went to Union Hospital where Paul underwent surgeries and after care for his stroke in the past. Many tests were ordered; also, the professionals witnessed more episodes. They found his blood pressure to be seriously low and his blood needed to be thinned. After being stabilized the plan was to transfer him to Indianapolis for further care. More tests were needed and no diagnosis by the emergency room team had been reached.

I, unfortunately, do not drive. That is another story I and other women of my age can claim.

We secured the car and left it in Terre Haute. After the wait for discharge at Union and more travel time, we arrived in Indianapolis and checked Paul in at the emergency room where the doctor on call examined the patient and others did more testing. Again, more seizures followed. It was decided that he might have a neurological problem. They called in a specialist from Sidney and Lois Eskenazi Hospital close by and he examined him and noted the patient’s various responses to said testing. The patient spent the night and most of the next day in their capable hands. A follow-up is scheduled and we will know more about his problem which has not reoccurred to date. After years of use, the blood pressure medication, Lisinopril, was canceled. The blood pressure readings are more in line, however, still low. My driver will need to keep the car in our garage until further notice, take it easy and put up with Tootie Mae and me.

We are grateful to our family, neighbors and special friends for all of their help and support during trying times and all times. God is good!