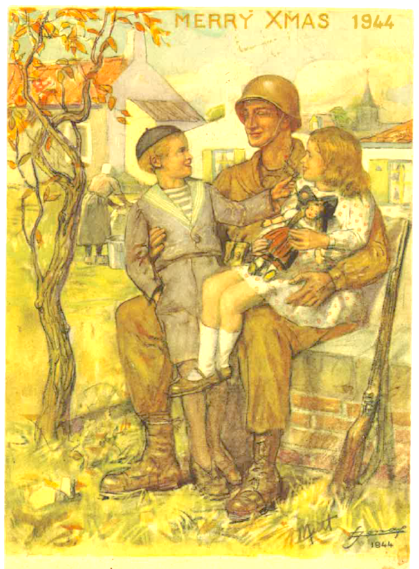 I love the Christmas season. As of today, the house is decorated with everything I had in store. Santa Clauses aplenty are hanging out a few days with us.

Now to focus on the gifts and card list. I am one person that likes to send greetings and warm sentiments to my family, friends, and neighbors.

We elderly folks look forward to receiving cards by snail mail as well. However, many people have lost interest over the years in the practice. It is easy to send their Christmas greetings via the internet. Others have other methods, such as their cells. Whatever or however I receive my

Christmas messages; I am most excited when I go to the mailbox and find a card(s) or that land phone next to me on the stand rings. Boy, do I light up when and smile broadly when either comes from back home.

When I was growing up back in the 40s and early 50s, mom and dad sent out boxes of Christmas cards every year. They never complained about the cost of stamps or cards. Mom had beautiful penmanship, small and neat, dad dictated his sentiments to her, and I took the stamp and seal the envelope task. Stamps had yet become self-sealers, and usually, envelopes did not taste half-bad. Then we walked to town to the post office to send them on their way. Then the mailman that dropped our mail in our box at the end of Elm Street was busy unloading cards for us. More decorations for the tree sure were special to us…

The origin of Christmas cards is relatively recent and probably began with English “school pieces,” simple pen and ink designs by an Englishman, J.C Horsley, in 1843, according to Snoops.

There is a recorded history of Christmas card giving, dating back to the mid-19th Century.

Sending cards to loved ones credits Sir Henry Cole, a close friend, came up with the idea and ask his friend to print the first card for the special occasion.

The first postal service for ordinary people could use started in 1840 and was sent with a penny stamp, according to my research. Yes, there could be many reasons why card sending is dying out. I just know why I send them. I am in the old folks' crowd that loves them, simply stated.

My favorite saves a card given to me by my mother-in-law, the late Winifred Marie Swain, 65 years ago. I framed it!

It was sent to her by a young soldier during the war in 1944. He was talking to two young children. Perhaps he had a story to tell, and they were the same. The greeting card heading read Merry Christmas 1944. The sketch on the face old the card was signed by a gifted artist and signed by Mutt.

I think the card's origin came from France or Belgium; just a guess …

Paul and I received our first card this year from friends in Brazil. Thank you!