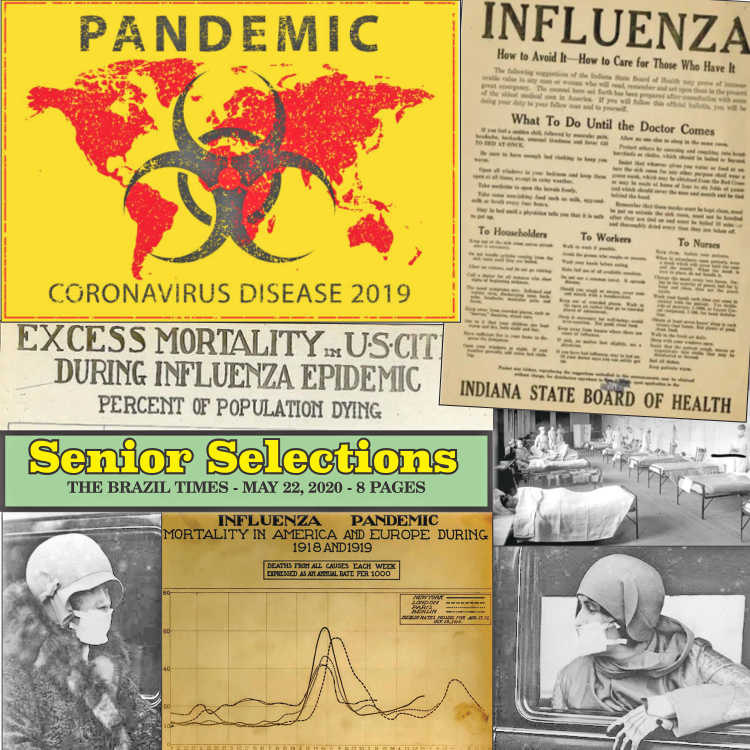 The battle to contain the spread of COVID-19 across the world continues. However, it is not the only pandemic of recent history, and certainly not the worst. 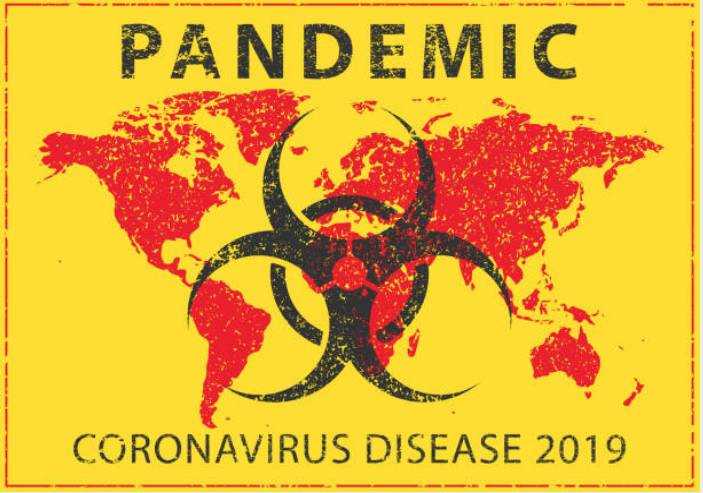 The worst pandemic occurred in three waves during 1918-1919, infecting at least one-third of the world’s population and an estimated 20-50 million deaths, with some estimates of the death toll upwards of 100 million. Health officials, according to the Centers for Disease Control and Prevention (CDC), are studying what worked more than 100 years ago to fight back during the COVID-19 pandemic. 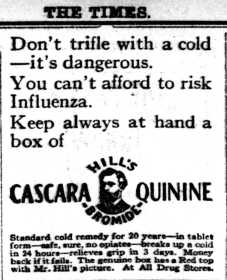 The world was not prepared for the health crisis as the virus surfaced in the spring of 1918. Influenza was certainly not uncommon at that time, but most flu viruses killed the very young, those who were sick or battling immune-compromised health, and the elderly. The influenza was caused by an H1N1 virus with genes of avian origin and became known to history as Spanish Flu. It killed otherwise healthy young adults ages 20-40, and could also spread before symptoms appeared.

Historians now believe WWI may have been partly responsible for spreading the virus. 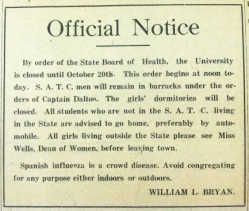 Service members were the prime target age for this influenza and crowded into military camps around the world. Furthermore, the disease could spread before symptoms appeared. Infected soldiers and other military personnel on the Western Front, with no apparent symptoms, amassed in trenches, barracks, and tents, on trains and ships, as well as in hospitals. As troops moved across the globe, and ultimately began to return home, so did the flu.

The Spanish Flu arrived in the U.S. with the first confirmed cases on March 11, 1918. Without a vaccine or antibiotics to treat any secondary bacterial infections that could occur, health officials focused on keeping the public out of harm’s way. Officials were issuing and implementing policies to quarantine communities, urging people to use proper personal hygiene and disinfectants to clean, and limiting public gatherings and implementing social distancing. 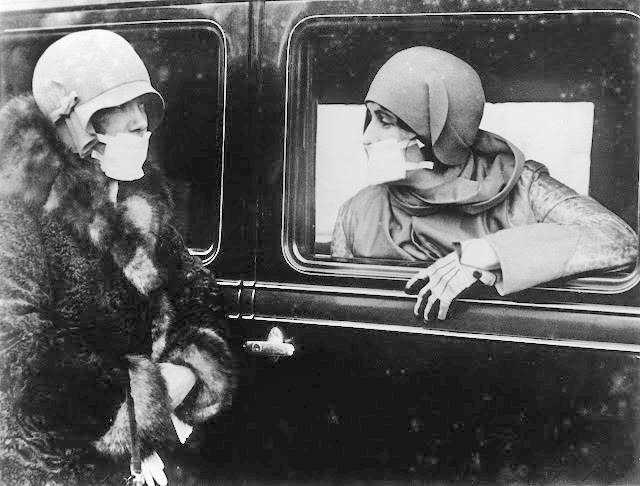 How one city united to fight back 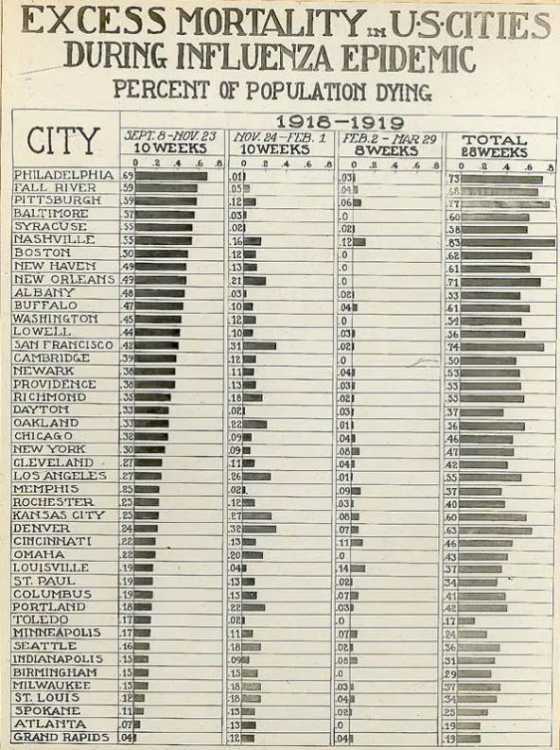 At first, In March, Indiana residents were advised there was nothing to worry about as the virus was an epidemic only at military bases in other states. By September, public announcements of more than 175 cases of an unknown illness in training detachments stationed at the Indiana School for the Deaf, the Hotel Metropole, and Fort Benjamin Harrison (all in the Indianapolis area) were described as “not as serious as that prevailing in the east.” 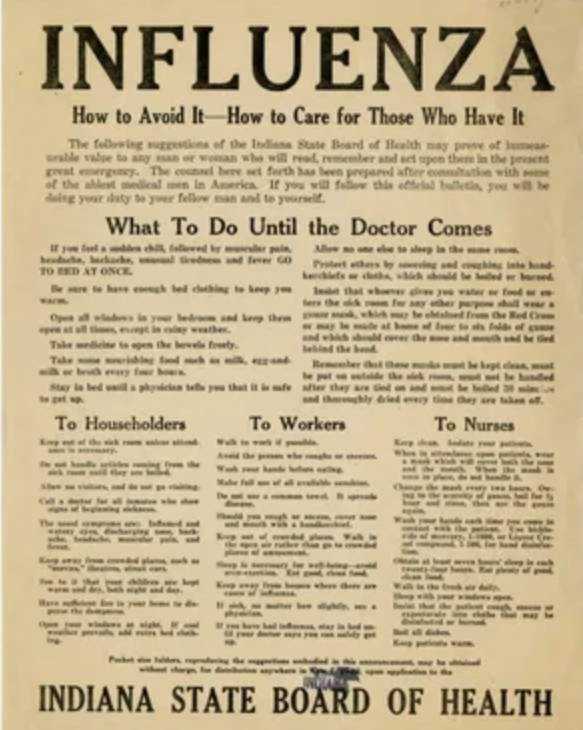 U.S. Public Health Service Surgeon-General Rupert Blue provided advice for preventing infection. The public notices became routine over the following months of the pandemic. Blue recommended the methods for preventing the spread of the disease: “rest in bed, fresh air, abundant food, with Dover’s powders for the relief of pain.”

He also warned of the “danger of promiscuous coughing and spitting.”

Indiana’s Secretary of the Board of Health, Dr. John Hurty, telephoned the local health officials in each city requesting a report, warning the flu was “highly contagious.” Hurty urged Hoosiers to remain calm and proffered advice in several announcements:

• Avoid crowds until the danger of this thing is past. The germs lurk in crowded street cars, motion picture houses, and everywhere there is a crowd. They float on dust and therefore avoid dust.

• The best thing to do is to keep your body in a splendid condition and let it do its own fighting after you exercise the proper caution of exposure.

• If all spitting would immediately cease, and if all coughers and sneezers would hold a cloth or paper handkerchief over their noses and mouths when coughing or sneezing, then influenza and coughs and colds would almost disappear. We also must not forget to tone up our physical health, for even a few and weak microbes may find lodgment in low toned bodies. To gain a high physical tone, get plenty of sleep in a well-ventilated bedroom.

•Avoid alcohol in every form. Cut out all drugs and dopes.

• Frown on public spitters and those who cough and sneeze in public without taking all precautions. 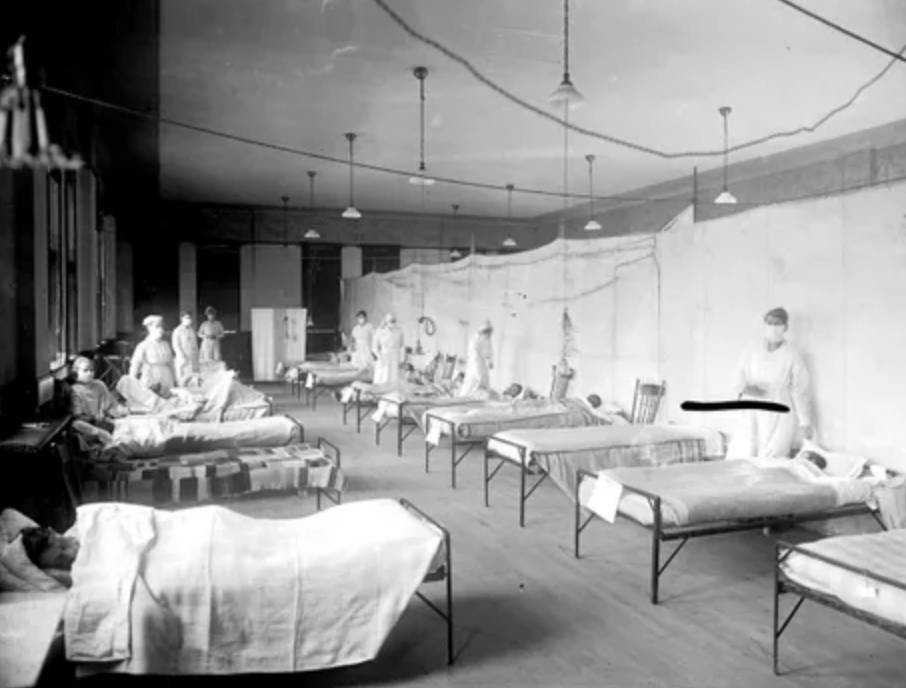 Winning the battle against the virus

To prevent the widespread viral outbreak like what was happening in other American cities, Indiana officials began to think outside of the box and learn from those failures. Unsure what to do with the new public health concern, officials believed a clean city would be safer and could fight the spread of the disease. A massive clean up was ordered for Indianapolis in late September 1918, including “hotel lobbies, theaters, railway stations, and streetcars – placed at once in a thoroughly sanitary condition by fumigation and cleansing.” 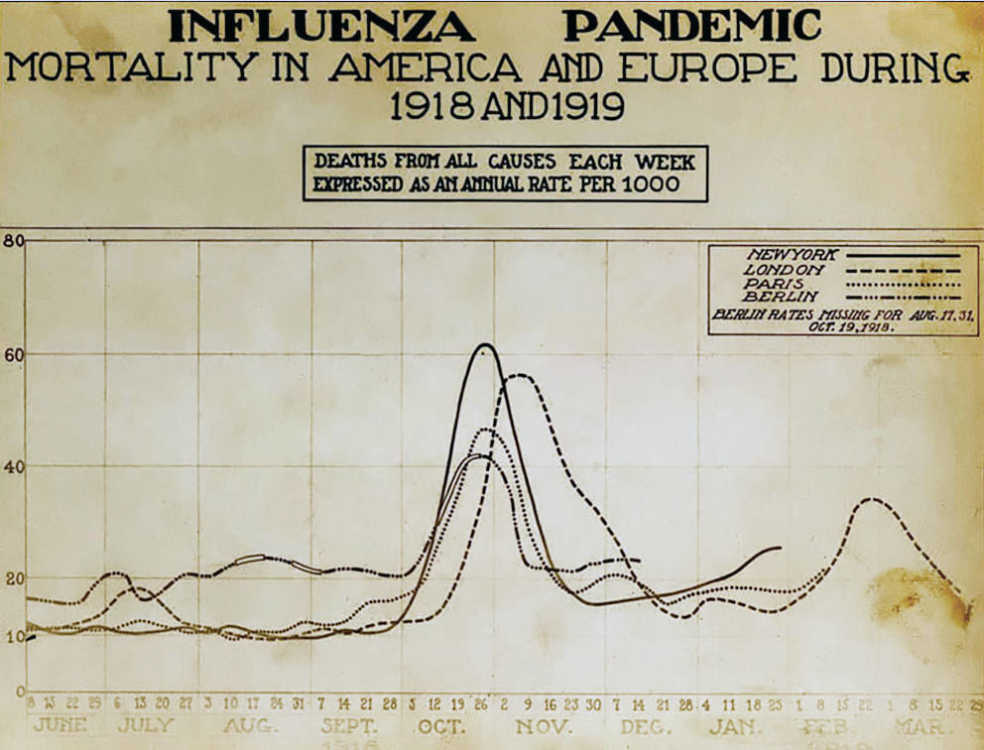 As Spanish Flu cases began to multiply, Dr. Morgan announced “a sweeping order” prohibiting gatherings of five or more persons; public meetings were forbidden and discouraged people from gathering at the growing number of funerals. Days later, the order was extended to public gatherings of any size. Schools were closed. Any department store found too crowded would be closed, and law enforcement was enforcing the order. 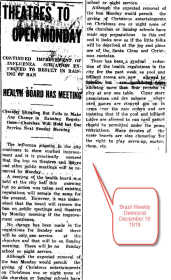 Postcards - reading “Quarantine, Influenza,” were mass-mailed out for residents to place outside any home with a sick person as the epidemic began to peak with more than 2,500 citizens infected.

As the confirmed cases were increasing slowly, the number of deaths were declining in the following weeks.

By the end of October, Hurty lifted the closing ban in Indianapolis, allowed schools to reopen on Nov. 4, and people with no cold symptoms could ride street cars and attend movie theaters. Health officials ordered gauze masks to be worn in public and continued to discourage gatherings. However, the worst had passed, and the war had ended. 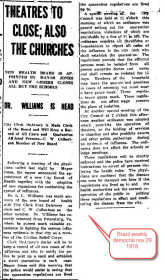 As the virus continued to pop up, infecting people during small outbreaks until 1920, life slowly returned to normal. The medical personal who put their health at risk to treat patients during the epidemic were hailed as heroes for their efforts.

The State of Indiana’s loss of life was 3,266 Hoosiers, mostly young men and women in the prime of life, died leaving 3,020 children orphaned. 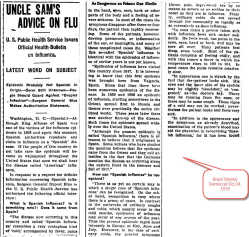 According to the research by the University of Michigan Center for the History of Medicine, “In the end, Indianapolis had an epidemic death rate of 290 per 100,000 people, one of the lowest in the nation.” The center attributes the city’s relative success to “how well Indianapolis, as well as state officials, worked together to implement community mitigation measures against influenza.” In contrast, in other cities, “squabbling among officials and occasionally business interests hampered effective decision-making.”