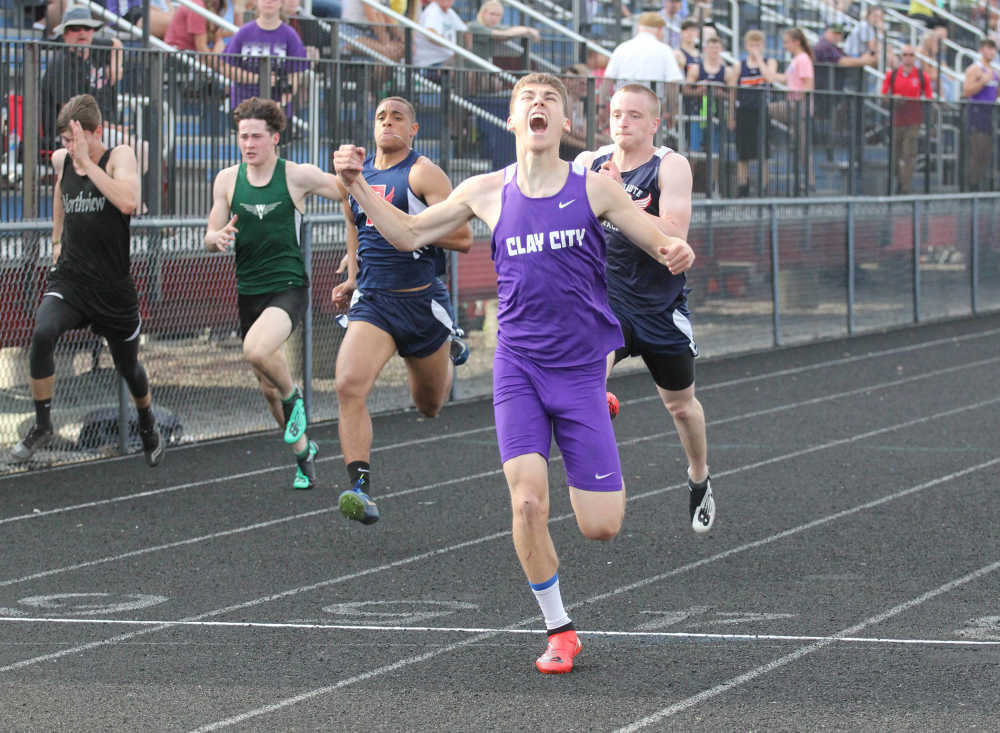 Years participating in the sport: 4 years

Favorite memory: Beating Linton in SWIAC both my freshman and sophomore year

What you love most about your team: I love that we all have an amazing bond together. When we all heard about the season getting cancelled we all were not only sad about running we were sad about not being able to be together. I love all of my teammates and am so grateful to have spent these four years at Clay City.

Coach Cole Schroer: Last season Bryce didn’t lose to anyone in the 100m dash until the State Finals when he pulled his hamstring in the prelims. At the time, we were so optimistic because we thought he could improve some things, be even faster next year, and have another chance. Even though he won’t get another chance at the State Finals, he leaves Clay City with school records in the 100m dash, 200m dash, and 4x100m relay. Bryce has also been a leader and fantastic teammate. He doesn’t act like he is better than anyone. In fact, he goes well out of his way to encourage others...even his coach. Bryce has left his mark here. It will be exciting to see what he can do at ISU in the coming years. He deserves a lot of success!