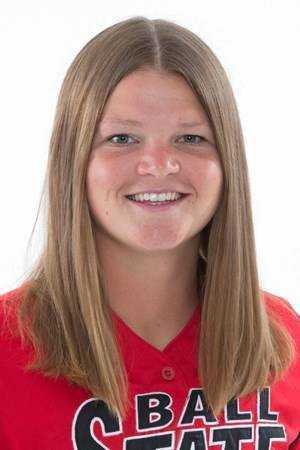 Payton, a biology major with a 3.83 grade point average, was in the midst of a massive junior campaign before the remainder of the season was canceled due to the outbreak of the coronavirus. She led the MAC and ranked among the national leaders in nearly every offensive statistical category. A starter in all 27 games for Ball State, she led all league players in hits (36), doubles (13), home runs (8), RBI (35), total bases (75) and slugging percentage (.833). Her 13 doubles were second among all NCAA Division I players, while her 35 RBI were fifth, her 36 hits were 17th and her eight home runs were 26th.

The CoSIDA Academic All-District teams recognize the nation's top student-athletes for their combined performances on the field and in the classroom. First team honorees from all eight districts now advance to the CoSIDA Academic All-America ballot. Ball State is in District 5 which includes schools from the states of Illinois, Indiana, Michigan and Ohio.

Academic All-America honorees will be announced from June 11.