Lady Knights train at a variety of venues 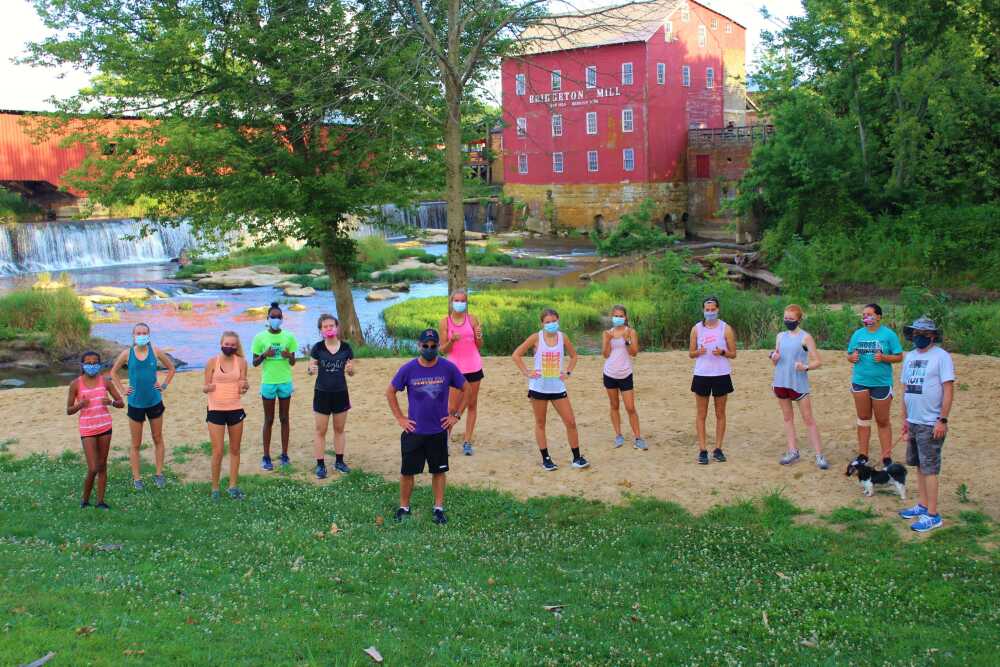 BRAZIL – Over the past two weeks, the Northview girls cross country team has changed up the places in which the Knights have trained.

They began at Terre Haute’s LaVern Gibson Championship Course and have since visited Bridgeton and DePauw University’s Nature Park in Greencastle.

Coach Tim Rayle, using his personal Twitter account, documented both runs with pictures of his team along with the following message: “The XC teams ran at Bridgeton on Thursday. For our coaching friends in Northeast Indiana, this is a beautiful place for running. On your way to the State Meet this year, swing by and check out the covered bridge. If you’re lucky, the ice cream shop in the mill will be open.” 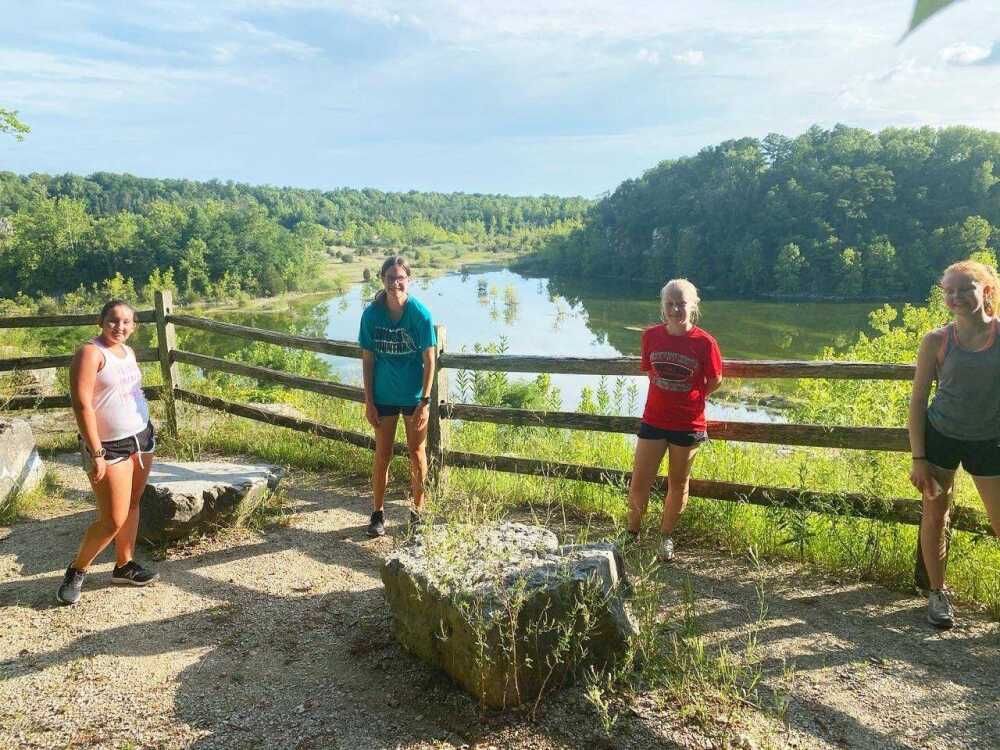 In the picture, which was contributed to The Brazil Times by Rayle, each of the Lady Knight runners, as well as Rayle himself, wore masks upon arrival, during warm ups and stretching and then again after their run was over.