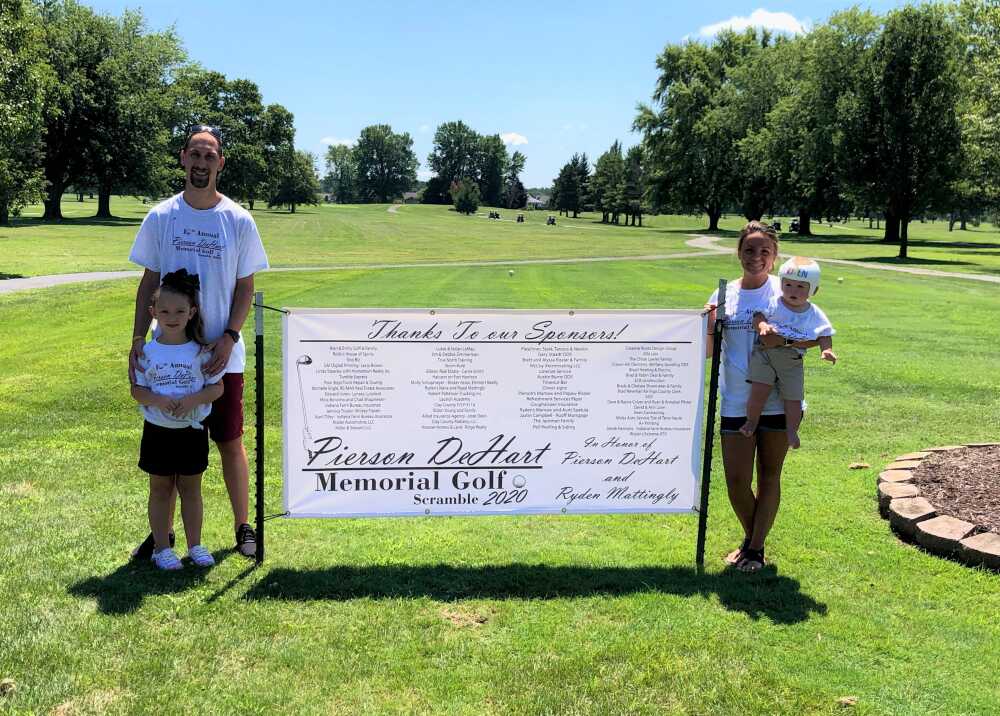 BRAZIL – It was a hot and steamy afternoon with little shade to be found at Forest Park Golf Course Saturday, but there were no complaints to be had.

Flocks of people from in and around the Clay County area settled into their golf carts for the 10th annual Pierson DeHart Memorial Golf Tournament.

Following lunch for all of the participants, Chris and Melissa DeHart rounded everyone up to give their thanks from atop the Forest Park clubhouse steps. 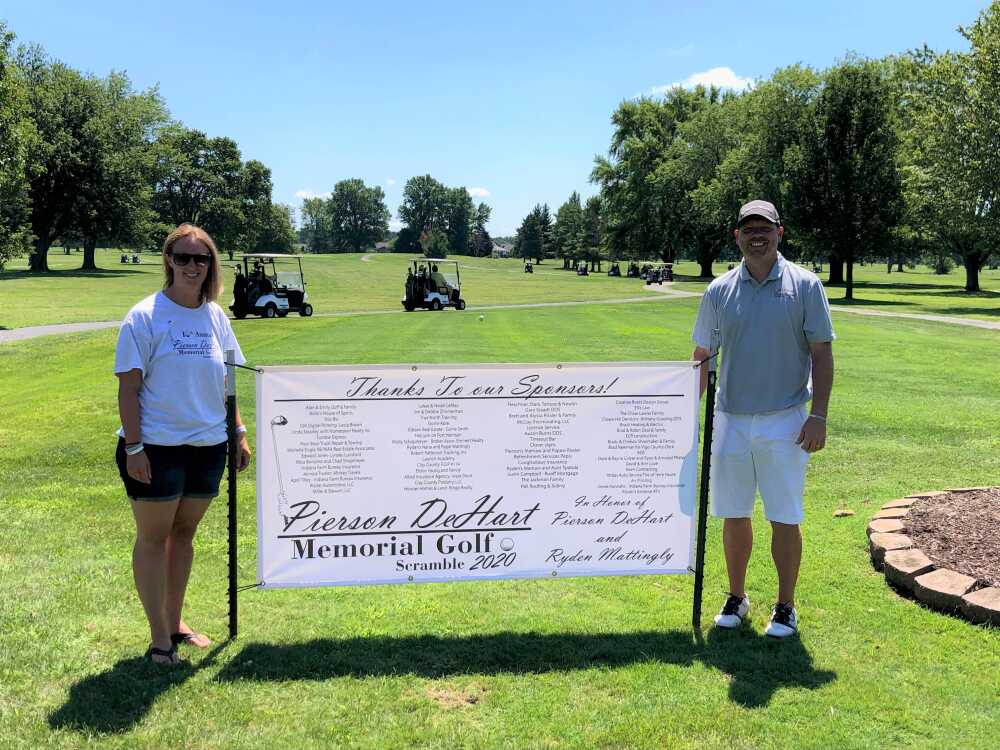 She then turned it over to her husband, who also thanked those who participated and sponsored the event. 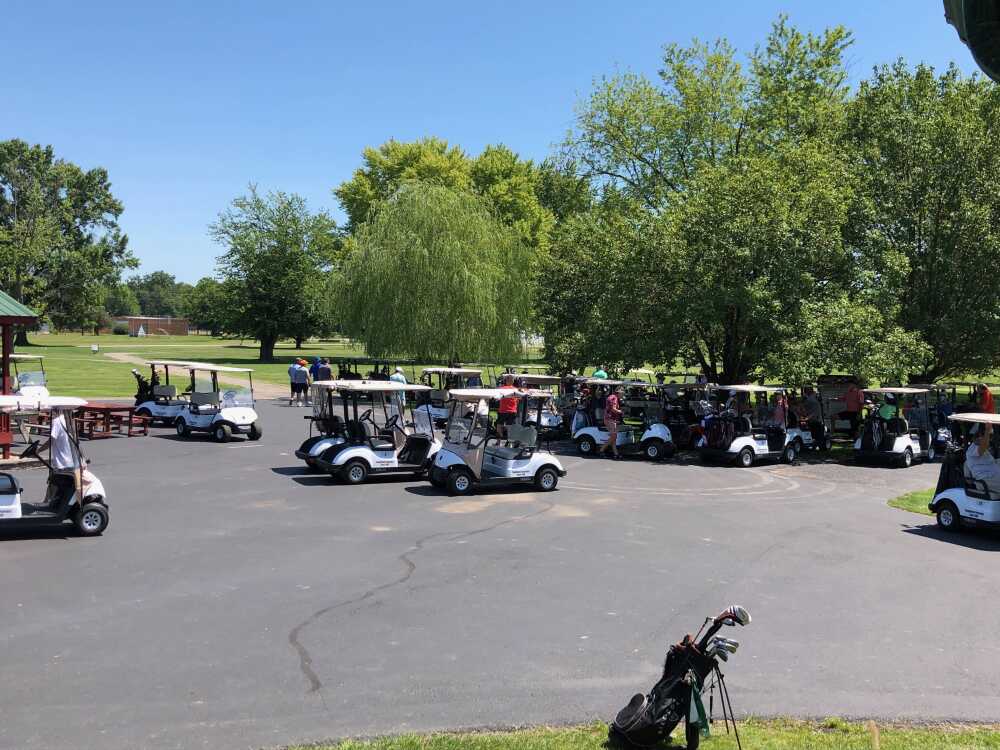 "This is the absolute most sponsorships we’ve ever had," said Melissa DeHart on this year's Pierson DeHart Memorial Golf Tournament's turnout.
Brazil Times/Adler Ingalsbe

DeHart also explained how the day on the course would go, which was a scramble format with five skill prices (Par 3s and a long drive on No. 18) to be had.

A prayer concluded the ceremonies and the golfers then took their seat in the carts lined up in front of the clubhouse and sped off to the holes they were assigned to. 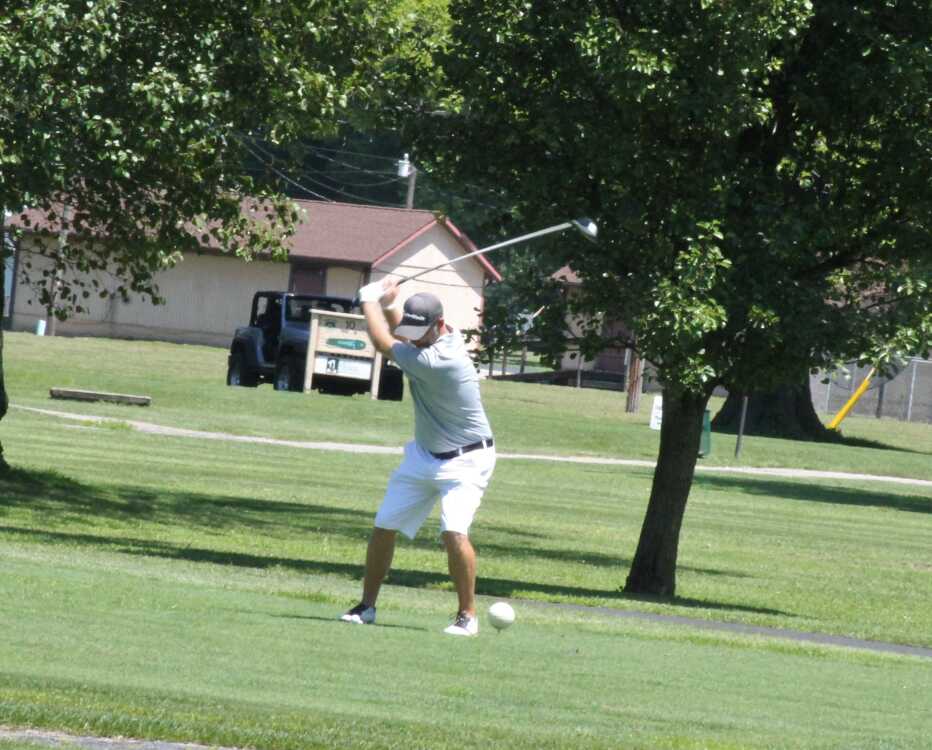 Chris DeHart tees off to get his afternoon on the course started.
Brazil Times/Adler Ingalsbe

Once each foursome arrived at their starting hole, an air horn was blown into the Brazil air, signaling the official start of the golf tournament.

Great shots were sunk, while other shots went ringing around various parts of the course, but in the end, all of the time and money that was put into Saturday was for a fabulous cause.

All of the proceeds went to Ryden Mattingly, the son of Dustin and Desiree Mattingly, all of whom were present for the event. 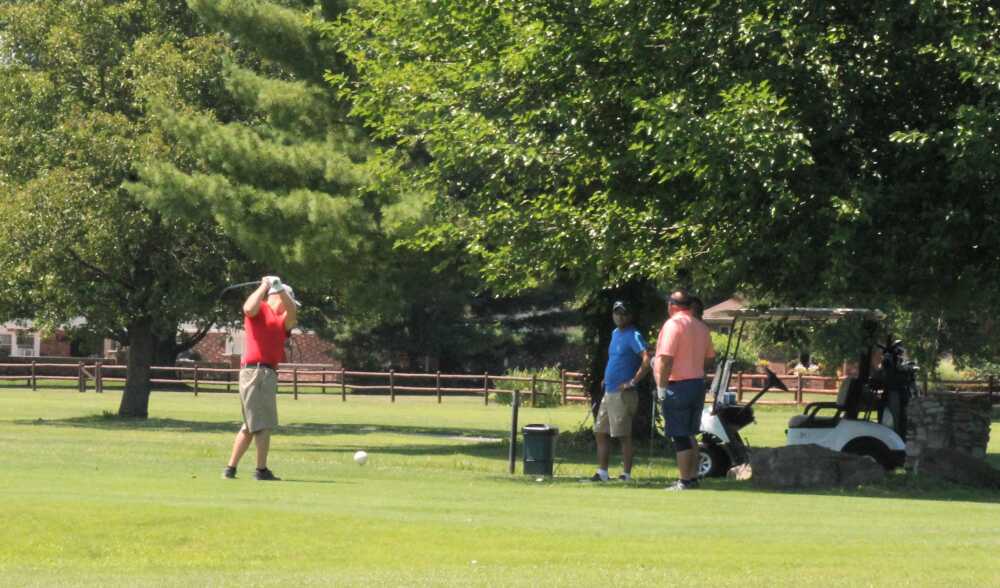 Many from in and around the Clay County area participated in Saturday's event at Forest Park Golf Course.
Brazil Times/Adler Ingalsbe

Ryden, who is approaching his first birthday, was born premature and spent a short time in the NICU. When he was around three weeks old, his parents started noticing things that caused concerns.

He was diagnosed with pyloric stenosis and had to have emergency surgery. He sees several specialists for different reasons, including a Cardiologist, Neurologist, Neurosurgeon, Orthotist, and has recently been referred to Developmental Peds and a Geneticist. 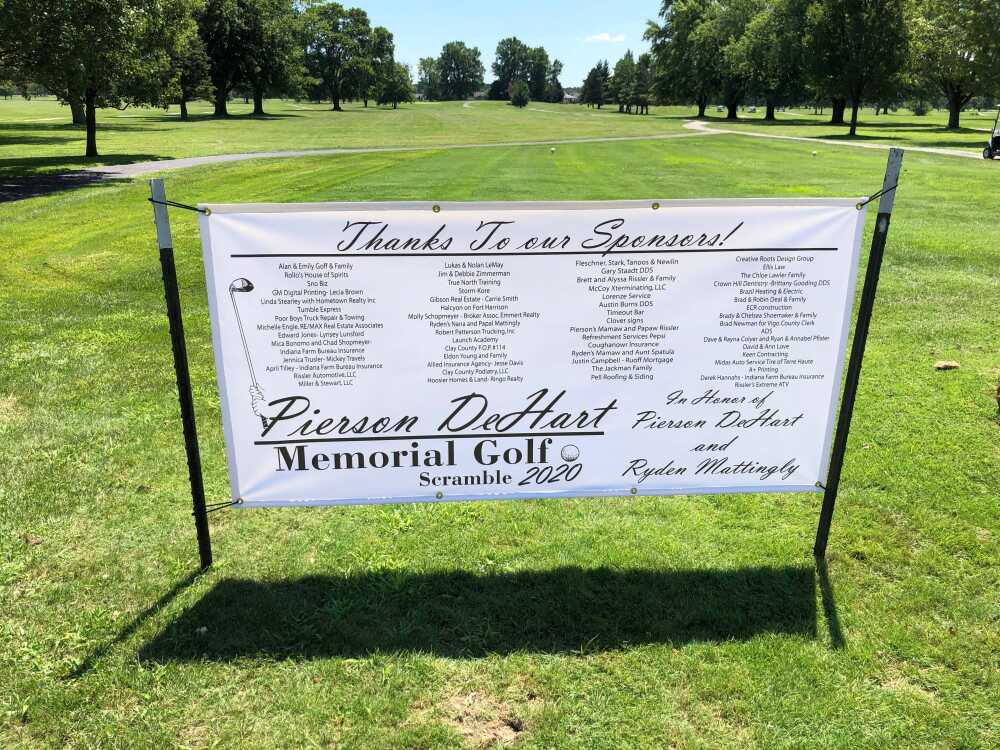 Before turning in their team's scorecard, each foursome took a picture with the Pierson DeHart Memorial Golf Tournament banner placed in the ground right outside the clubhouse.
Brazil Times/Adler Ingalsbe