TOP STORY OF THE DAY Brought to you FREE by WICU: Murder trial proceeds on Internet 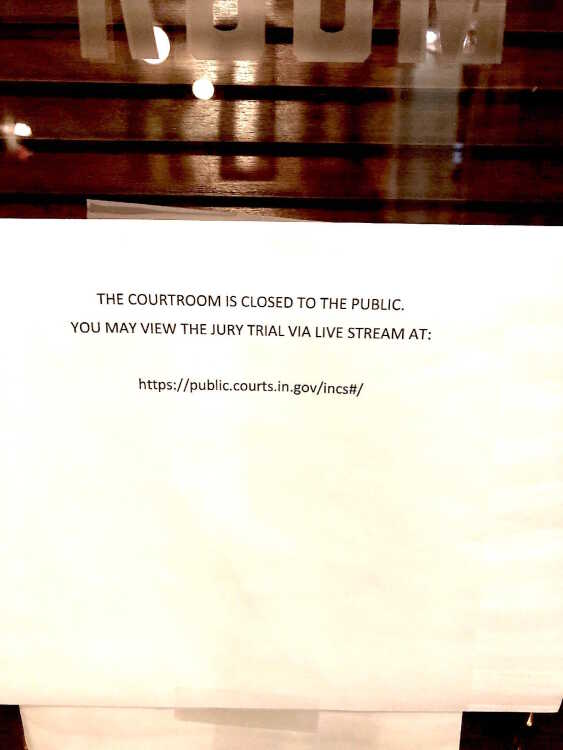 The jury trial for a Brazil man accused of killing Staunton’s Virginia Marie Myrtle in 2016 is underway despite COVID-19.

Trial proceedings in Clay Circuit Court look different than usual in the case against 39-year-old Jesse L. Mathews, who faces felony charges of murder and abuse of a corpse. Most of the court officials are wearing face coverings, the jury is seated in the public gallery, and the trial is streamed online because no one from the public is allowed in the courtroom.

Clay County Prosecutor Emily Clarke confirmed the unusual proceedings are due to the Covid-19 pandemic space requirements for social distancing, so the public is not allowed in the courtroom.

“It cannot be recorded,” said Clarke about the public watching the proceedings online.

An Indiana Supreme Court order has been extended until the end of 2020 that allows courts across Indiana to live stream hearings for public access at public.courts.in.gov.

Both Clay Circuit and Superior Courts have implemented courtroom live stream channels on the website when court is in session. Recording of live court hearings is prohibited, so archived versions of hearings are not made available.

However, as with most new technology, there are a few bugs, including slight audio problems when watching, but officials confirm it is being worked on.

On Aug. 10, 2017, a grand jury indicted Mathews, who was serving a five-year sentence on a previous 2016 local burglary conviction at the Plainfield Correctional Facility.

Mathews was back in court Wednesday for the start of the murder trial. (The jury was selected Tuesday.) He is accused of murdering Myrtle, 52, sometime on Jan. 29, 2016.

“Dee,” as she was known to family and friends, was found dead inside a mobile home located at 208 West Columbus St., Staunton, two days later. Details concerning pathologist Dr. Roland Kohr’s report regarding the manner of death have not been revealed to the public, accept he listed the form of death as a homicide.

The Clay County Sheriff’s Office, Indiana State Police, Brazil City Police, and the U.S. Marshall Service cooperated during the subsequent investigation that crossed over multiple county lines and into two states while following leads and tips from more than 40 people interviewed.