TOP STORY OF THE DAY Brought to you FREE by WICU: Mathews convicted of 2016 murder of Staunton woman 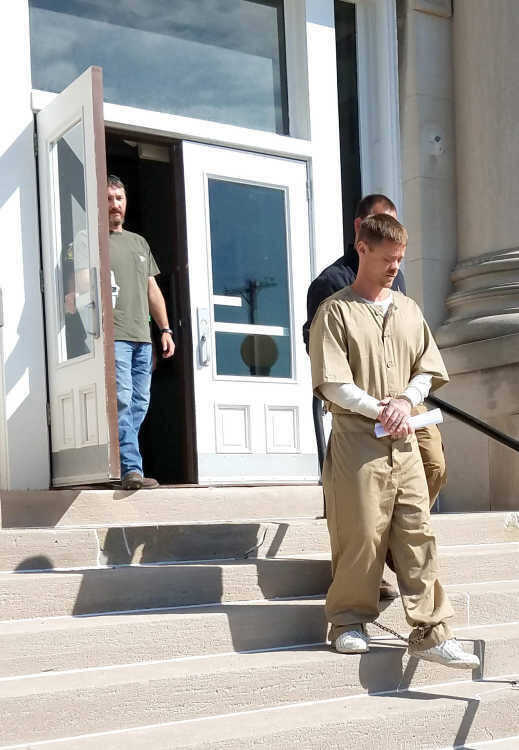 FILE PHOTO - Jesse Mathews, convicted Wednesday of murdering a Staunton woman in 2016, pictured walking out of the Clay County Courthouse in September 2017 following a previous hearing in the case.

After four hours deliberating the case, the jury returns a guilty verdict in a murder trial.

Mathews was on trial in Clay Circuit Court on felony charges of murder and abuse of a corpse in the death of Virginia Marie Myrtle, 52, sometime on Jan. 29, 2016. Myrtle was found dead inside a mobile home located in Staunton two days later.

Clay County Prosecutor Emily Clarke advised the decision came back around 5:30 p.m. Wednesday. A hearing about Mathews facing the habitual offender enhancement was scheduled to take place if he was convicted. However, according to Clarke, Mathews plead guilty to the enhancement charge.

A sentencing hearing has been tentatively scheduled for Oct. 14 in Circuit Court.

The Times will update this story when further official information is available.