TOP STORY OF THE DAY Brought to you FREE by WICU: OFFICIALS: Runaway reports higher than normal 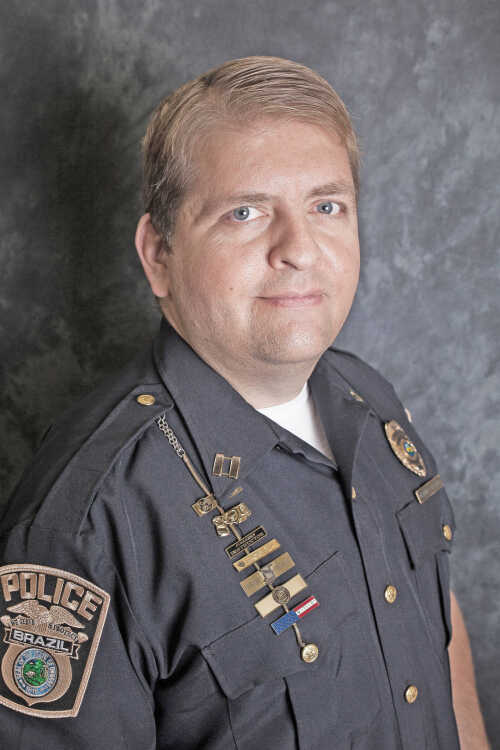 “I don’t think anyone can pinpoint why kids run away from home. We are no different here, and the sad truth is there are always going to be runaways.” - BPD Assistant Police Chief Dennis Archer

The issue of child safety has been in local news.

The Brazil Police Department is thankful to everyone who provided information in a recent runaway report.

“We had quite a bit of help coming in from the community, with people offering information,” said Assistant Police Chief Dennis Archer about the case involving Natilie Marie McNeal, 17, who was reported by her family as a person who did not return home on Sept. 3. She was located in the early morning by investigators on Sept. 11. “Due to some conflicting information reported early on, it did create a little more work than usual going back to start over and get a good base to work from. We followed up on every tip and lead the public provided.”

A runaway is a child under 18 who either voluntarily leaves home without permission or fails to return home at a specific date and time.

Data provided by the BPD shows an increase in the number of cases of parents reporting their children are gone:

Jan. 1-Sept. 11, 2020, there were 26 reports of runaway children, with the main reason cited as leaving home without permission.

The COVID-19 pandemic, according to Archer, is believed to be a factor for the increase, with children out of school for over six months while many parents had to go to work.

“As you can see, that’s quite a jump in runaway and leaving home without permission complaints this year,” said Archer, who admits each case is unique, and investigated accordingly. “Many kids are just being kids, and maybe they haven’t come home when they were told to, lost track of time, they don’t want to stay home, or they think they knew better, or are mad for whatever reason at their home life and sneak out late at night. There is a myriad of reasons why children leave home.”

Archer said most local cases are resolved within 24-48 hours because it involves children who have run away before, and officers usually locate them in Brazil.

“A good percentage of them are repeaters. They have run away before, and they do it again, and again,” said Archer. “Now and again, we get someone who does it one time, for whatever reason, and we don’t hear from them again.”

Parents who have to report a runaway child need to be prepared to provide the most accurate and up-to-date information. However, Archer said it is understandable that during the anxiety of the situation, mistakes happen. He explained the department is always available to parents during these types of investigations, and they should never feel worried about calling with updates or new information.

Sometimes the child shows back up at home, and there is some nervousness on the parent’s part calling the department to report they are home.

“A simple phone call to update us with new or more accurate information is invaluable to us,” said Archer. “We have had a case or two where we were still investigating a missing child, and they had come home. No one told us.”

Time is also a factor in a runaway case. That is why law enforcement enters all the names of reported missing children into the National Center for Missing & Exploited Children database within two-hours.

BPD also has a “clock” that reminds them to keep an eye on runaway cases. Software built into their department database sets reminders for on-duty officers to take time during the daily workload to review runaway cases. The same software allows for runaway cases to be available to any other agency using the same technology.

“The quicker that information is sharable with other agencies, the better we can respond,” Archer explained. “These reports can be pulled up by an officer in their patrol car at a scene anywhere.”

There are situations during runaway reports that trigger a need for more urgency in law enforcement’s response, including physical limitations, health, or psychological conditions or that they were taken by someone and didn’t leave on their own accord, which would put a child in danger could lead to an AMBER ALERT.

“AMBER Alerts are for missing children under the age of 18 potentially in danger,” said Archer. “A SILVER alert, which is similar to an AMBER Alert, is for people over age 18 who go missing and might be in danger. This is determined at the beginning of an investigation into a runaway or missing person. There is a list of questions that officers have to do this, and sometimes there is new information or tips that change the course of an investigation.”

A MISSING PERSON is defined as: “anyone whose whereabouts is unknown whatever the circumstances of disappearance.” They are considered missing until located, and their well-being or otherwise is established.

“There used to fallacy where people thought they had to wait 24 hours to report someone as missing, or as a runaway,” said Archer. “That’s not true now. If a person is under 12, elderly, or has significant mental or developmental disabilities, call 911 immediately.”

ABDUCTION or KIDNAPPING is defined as taking a person using persuasion, fraud, or force and being held against their will. The legal difference between the two is kidnapping usually includes a ransom for money or other potential gains.

During the recent investigation into McNeal’s disappearance, social media was a part of the investigation. A tip the teenager was talking to someone in South Carolina before her leaving home proved valuable. Once BPD tracked a phone number and then requested a welfare check, law enforcement officials in Batesburg, South Carolina, located McNeal at an undisclosed residence.

“This required a lot more investigation than the usual runaway cases we deal with,” said Archer, who explained subpoena’s for social media records in the case are still out. “She was very lucky, but there are kids out there who were not so lucky.”

The old days of “stranger danger” have been replaced with the new-age technology that allows predators easier access to children and susceptible adults seeking a connection.

“It’s unclear, at this time, how well the girl knew the person from online. How well can you get to know a person without having never met that person? Yet, ultimately, this teenager got in the car and went to South Carolina with someone they only knew online. That doesn’t happen here very often,” said Archer, adding most runaways don’t leave Indiana. “Meeting people on social media is basically a buyer beware situation. If adults fall for internet and online scams, how can a child be expected to tell the difference? We’re hoping when we get those social media records back; it will shed more light on what actually happened.”

During the investigation into McNeal’s disappearance, Archer confirmed another runaway was reported on Sept. 9. It turned out the unidentified child has a history of leaving without permission and failing to return home. Officers have found the child at a Brazil residence before, and that happened again within 24 hours.

“This individual was located quickly and was safe, but they were detained,” said the assistant police chief about some teenagers, and their parents or guardians, facing legal issues from running away one time too many. “Most people don’t know that our officers go back to the families once a child is located, to follow up, interview, and determine why the child left.”

Archer said some families comply, and others don’t because of the anxiety of the situation.

However, there are times when a child runs away from a problematic home or lifestyle, which potentially leads to criminal investigations.

“We treat every runaway report serious,” said Archer, who admits the world is scary. “There is not one sole reason for a runaway situation. I don’t think anyone can pinpoint why kids run away from home. We are no different here, and the sad truth is there are always going to be runaways. There is never just one reason; there are always lots of reasons. Every case is unique because the child’s reasons for doing it are potentially all over the spectrum. It’s not an easy situation for parents when they don’t know where their child is or why they are gone.”

The current attention to child safety issues due to the #saveourchildren movement on social media is good, according to Archer, who said,

“Technology is terrific, but it’s scary to think that a child was so trusting to get in a car and go to another state with them.”