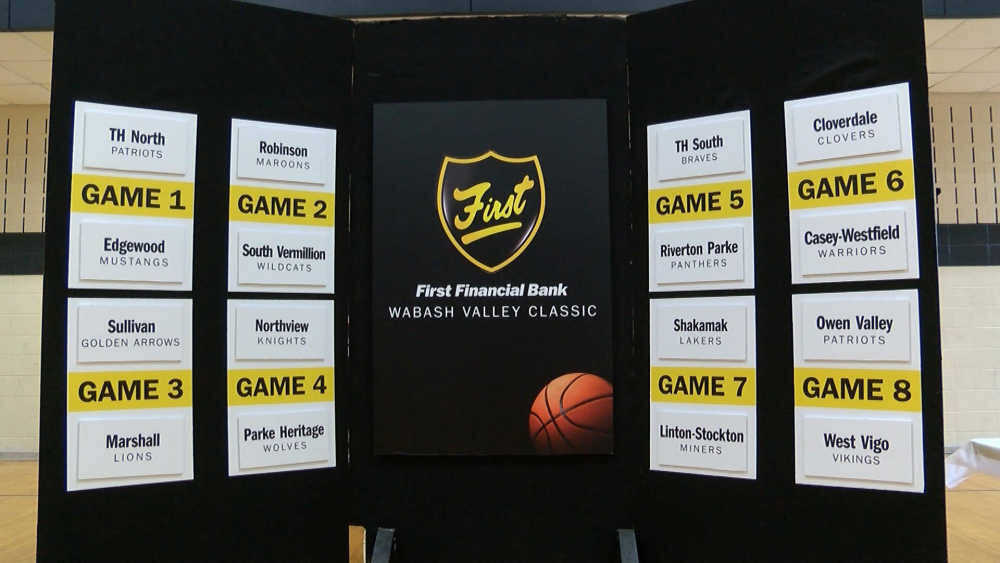 Over the past few weeks, as schools around the Wabash Valley have done their best to wrangle COVID-19 and all of the precautions and protocols that come with it, questions about the annual First Financial Wabash Valley Classic tournament have run rampant among curious basketball fans.

On Wednesday, they received the answers in a batch of good news.

In a memo sent out to various media members, the Wabash Valley First Financial Committee announced the 2020 Classic would take place, although there will be drastic changes.

Listed below is information from the memo The Brazil Times received Wednesday afternoon:

• Owen Valley will not be returning this year. Replacing them is former participant, the Greencastle Tigers. Our three Illinois schools (Casey-Westfield, Marshall, and Robinson) will not be able to participate this year. They will return for the 2021 Classic. Replacing them will be the Bloomington South Panthers, North Central Thunderbirds and a third team that is currently waiting for confirmation from their school board. All three of these schools will participate for only one year. The following 12 teams will be returning this year: Cloverdale, Edgewood, Linton, Northview, Parke Heritage, Riverton Parke, Shakamak, South Vermillion, Sullivan, Terre Haute North, Terre Haute South, and West Vigo.

• The format will also be different with the focus being on safety and sanitation for everyone involved. Games this year will be hosted at both Terre Haute North and Terre Haute South. Fans will be divided up into different quadrants per school. Social distancing will be enforced along with masking by everyone. We will have a three hour break in-between sessions to sanitize bleachers, common areas, and locker areas. 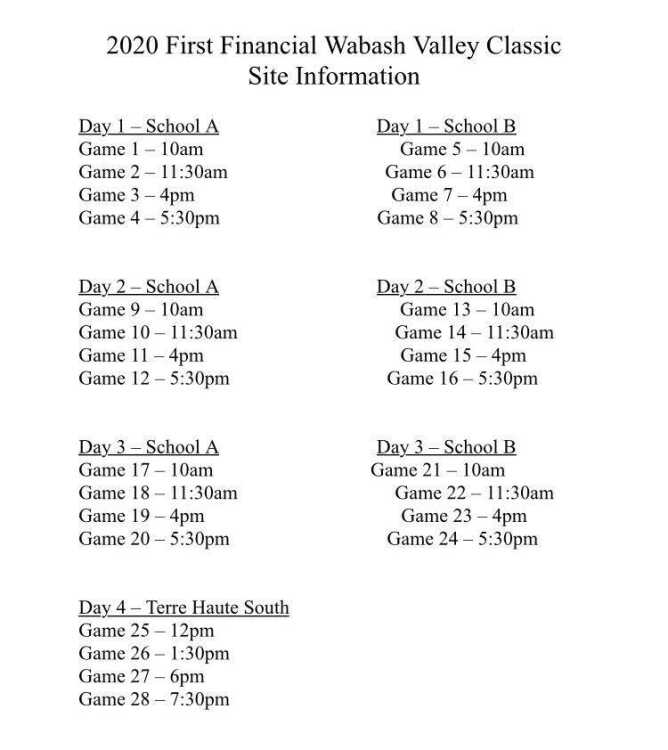 • Currently, we don’t expect tickets to be sold at the door. Each team will be allotted a certain amount of tickets per session. Spectators will only be allowed to attend the sessions they have purchased tickets for. Due to spectator limits, no all session passes will be sold this year.

• The tournament draw will be on Dec. 1 at the First Financial Conference Center with opening-round games tipping off Dec. 26