TOP STORY OF THE DAY, brought to you free by WICU: WIC basketball season shaping up to be a great one 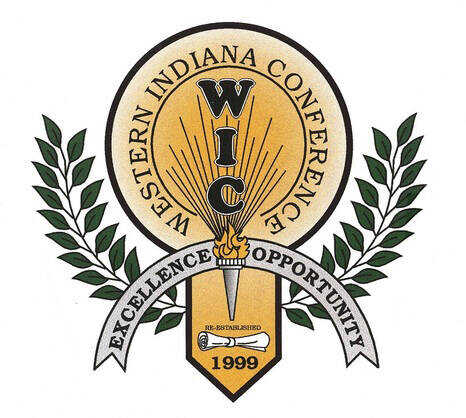 The 2020-21 high school basketball season has obviously been a different one for every team.

But despite the evil COVID-19 pandemic, the games have played on the best they can - and it's been good.

Some teams, especially those in Clay County, missed a huge chunk of pre-season preparation time in November due to the pandemic and health shutdowns.

Things have now started to take shape in the Western Indiana Conference, and the races for both boys and girls are shaping up to be outstanding. Another factor already put in place that has affected the competitive level is the abandonment of the divisional format with crossover games to determine the order of finish in the WIC.

Now, all 11 remaining teams (following the departure of Cascade two years ago) play each other in every sport (except football, which has size-based divisions) in a full round-robin schedule.

As a result, the potential imbalance of one division compared to the other is eliminated. (Like in Big Ten Conference football, there is still a random element about which team gets to play at home in big games which may impact the final standings; but this is still a far superior alignment.)

The girls' season always starts earlier than the boys' season, and the ladies are quickly moving toward their sectional tournament phase. (Unbelievably, the sectional draw is upcoming on Jan. 24.)

Edgewood has taken a huge step toward winning the league this season, getting off to an 8-1 start this season. The Mustangs will host Owen Valley on Friday night in their final WIC game of the season, and can clinch at least a tie for first place with a win.

(The WIC no longer utilizes a head-to-head or points-based system to break ties in league standings; teams who finish with the best record in a sport are designated as co-champions.)

Northview is among four teams who only have one loss, and could still work their way into winning the league title. The Knights play at South Putnam on Friday in a matchup of two of the other one-loss teams, while Sullivan and Indian Creek also fall into that category.

While five of the WIC teams will all play in the same sectional tourney, the possibilities for multiple sectional champions exists and is a benefit to the league.

The boys' season has shown to be even stronger from top to bottom. There are still talent gaps from the top to the bottom, and there always will be. But while it's not literally a situation of where anybody can beat anybody, it's pretty close.

Sullivan (boosted by two transfers from Illinois whose teams there did not start their seasons on time) is the only undefeated team in league play, standing at 2-0 going into Monday night's game at Greencastle.

Yet, some of last week's results illustrate how there is literally never an easy win regardless of the difference in records or talent level.

Northview traveled to North Putnam on Tuesday night and shot very poorly in a 62-46 loss. The Knights bounced back to sweep Greencastle and Owen Valley (both top five teams) over the weekend.

It seemed that North Putnam should have had an easy time on Friday at West Vigo (which was 0-3 in the league and 2-5 overall), but the Vikings pulled off a 44-43 win.

Edgewood hosted South Putnam (which was 0-3 in the WIC and 1-8 overall) on Saturday night in what shaped up as an easy Mustang win. Edgewood won, but by a 59-47 score much closer than many probably thought.

Northview coach Michael Byrum talked about the conference with Sullivan's Jeff Moore at the Wabash Valley Classic last month and they agreed it's going to be a tough grind.

"He agreed with me that the WIC is probably the strongest it's ever been," Byrum said. "From top to bottom there are a lot of really good teams who are getting recognition statewide, which is awesome. It's a nightly grind, it really is."

The conference's strength was shown in late December as three of the top four teams were from the WIC - champion Greencastle, third-place finisher Sullivan and fourth-place finisher Edgewood.

"Coach [Vince] Brooks at North Putnam has put together the Sagarin ratings of every team in the conference, and he said that we are 10th among all the conferences," he said. "We have a really good conference that should be getting a lot of respect."