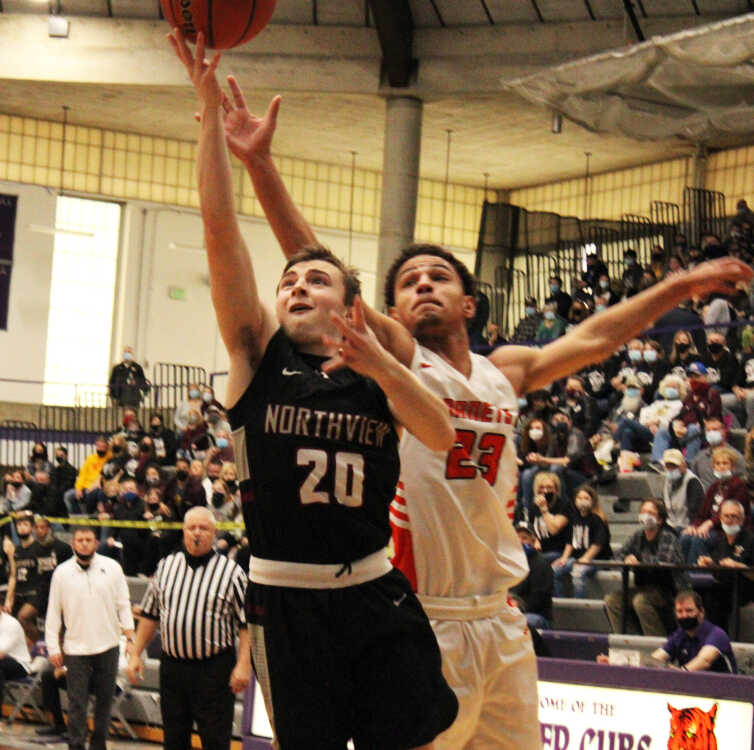 Nolan White goes up for a layup against Beech Grove on Saturday.
Times photo/JOEY BENNETT
Order this photo

Northview will be looking for its first-ever boys' basketball regional title tonight when the Knights meet Guerin Catholic at 8 p.m. at Greencastle.

The last time Northview won a regional game was in the 2003-04 season, when Logan Whitman and Zack Keyes led the Knights to the regional after beating Martinsville 56-49 and Terre Haute South 45-40 to win the sectional title.

Northview defeated New Albany 79-74 in the semifinal round of the regional, before falling 55-48 to Bloomington North in the finals.

• Northview is the only Western Indiana Conference team remaining in the state tournament. Greencastle lost 52-41 to Guerin Catholic in the other semifinal game on Saturday at Greencastle, while Sullivan was outscored 15-2 in the final four minutes and lost 46-43 to Connersville at Washington.

In Class 2A, Parke Heritage beat Triton Central 47-30 and meets Shenandoah in the finals tonight.

All tickets must be purchased online and are $8. The doors will open at 7 p.m. for the championship game.

WAMB-FM 106.9 will air the game, which is available online at https://v7player.wostreaming.net/6595.

Live-stream for the IHSAA State Tournament is $10 per game. Sign up at: