TOP STORY OF THE DAY, brought to you free by WICU: When tragedy strikes, let first responders do their job 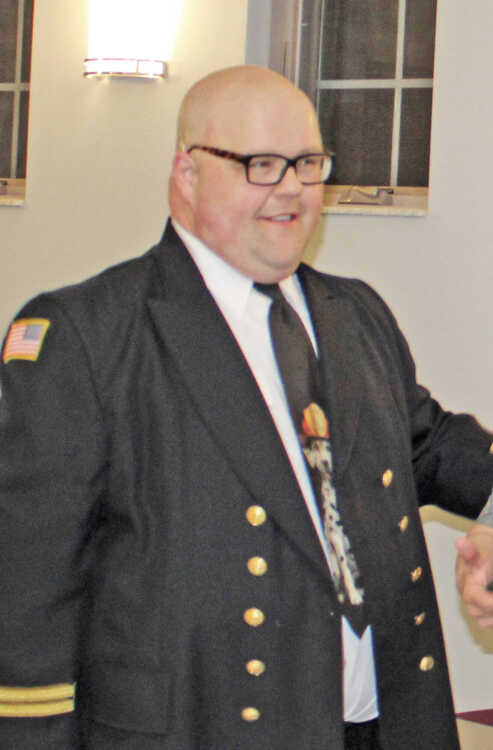 When tragedy recently struck on Interstate 70, more than 25 first responders arrived to help the victims involved in a two-semi accident near the 19-mile marker.

According to the Posey Township Volunteer Fire Chief Cody Barnard, it was one of the most unusual accidents he has ever worked. One semi collided with a car carrier, the impact forcing the cab of the semi into the back of the car carrier at least 10-15 feet, maybe further.

Barnard, the incident commander at the accident scene, admitted it was shocking and nothing that could be trained for in advance.

ôLocally, we donĺt get those types of extractions that often. No matter how hard or how good you train, you can not recreate that scenario during a training event,ö Barnard said. ôBut when they do happen, you are forced to think outside the box. Itĺs not the typical extraction where you take off a door or pop out a window.ö

The twisted jigsaw puzzle of two semis crammed together with so much debris required a group effort and a plan of action to get to survivors first so they could receive medical treatment and then help respectfully remove the deceased from the accident scene.

ôThere was no division among departments or uniforms; everyone worked together for a common goal - to help someone in need,ö said Barnard. ôIt made me proud to be part of this department, the fire service. To be a first responder out there helping during a time of need. It was an amazing moment for me. I was proud of our guys. I was proud of everyone there.ö

However, there were a few problems with the public.

As first responders spent more than four hours working the accident scene, one lane of traffic on I-70 remained open to allow motorists to continue on their way and not create traffic problems or the potential for more accidents.

Barnard said he personally would have shut down the highway and rerouted traffic away from the accident scene but understood the need to keep the busy highway open.

ôI hate to say it, but we live in a very disrespectful time right now,ö the fire chief said managing the public at the scene of an emergency is frustrating. ôThere were several people who were too busy rubbernecking, trying to take pictures and video of the accident scene on their cellphones. Now they are distracted, not paying attention to the scene, the road, or the first responders trying the help.ö

Barnards said if some firefighters werenĺt watching as closely as they were and pushed fellow firefighters out of the way, someone could have easily been run over.

Motorists were also yelling at the workers, upset they had to wait.

The most frustrating thing that night, according to Barnard, was when firefighters noticed traffic came to a standstill, and they worried another accident happened. As firefighters went to check, they discovered a semi parked in the middle of the road, the driver outside taking photos on a cellphone as traffic backed up behind his vehicle.

Barnard doesnĺt understand why someone would even want to post that on their social media to start with.

ôYes, itĺs news. But thatĺs not your job to do,ö he said, admitting his words are harsh, but believes someone has to say something. ôYour job is to follow directions, move along and get to safety, and let us do our jobs. You can watch the news later.ö