TOP STORY OF THE DAY, brought to you free by WICU: Widow of county's first COVID-19 casualty hopes to spread awareness 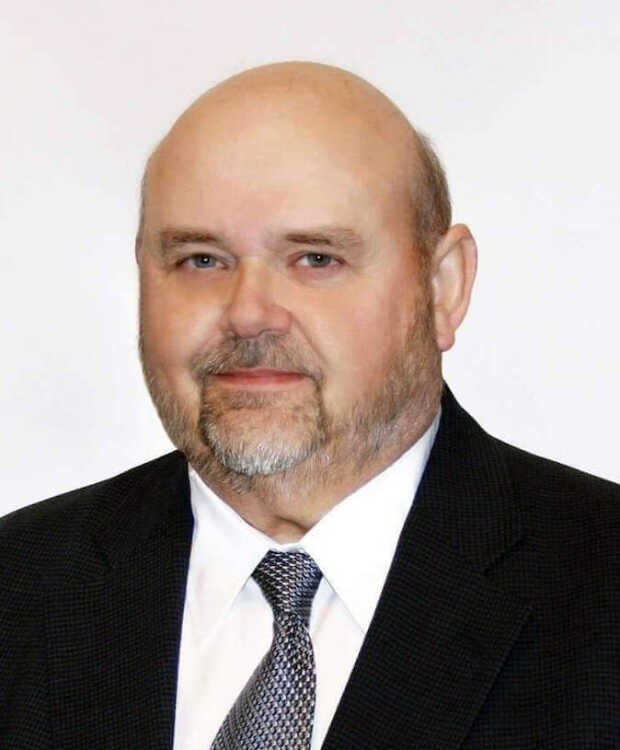 Mary Ellen Elliott has every right to be mad.

Mad at the world, mad at COVID-19, mad at everything.

Her husband, Bill, was taken from her last year by COVID-19 – the first Clay County resident to die from the horrific virus.

No one could blame her for being angry. Yet the Brazil widow isn’t mad, and actually hopes the telling of her story can be helpful to people – especially the non-believers in the severity of the virus – and do some good in the world.

“If one person can be helped because my husband died, then his death means something,” Elliott said. “That’s very important to me. I’m not ashamed of the fact that he died of COVID. People need to know that there are people who die from it, and who they are.”

Mary Ellen and Bill became boyfriend and girlfriend in the eighth grade, and were married for 45 years.

“We would have had our 46th anniversary a month after he died,” she recalls.

Bill Elliott was taken to Union Hospital in Terre Haute on March 30, 2020, after having been to his doctor a month earlier.

“He complained of having a bad cold, basically,” Mary Ellen said. “That’s what they told him he had, and they put him on antibiotics. At that point, COVID wasn’t supposedly in the United States and was still in China. They sent him home and everything was normal, then he lost his sense of taste.”

Mary Ellen noted that Bill never ran a fever – one of the most common symptoms of the virus – and had no other underlying causes that led to his illness and eventual death.

“When he went into the hospital, they admitted him knowing he probably had pneumonia,” she said. “But that was actually the COVID. He was in there for almost a month, and at that point nobody could go visit.”

So Mary Ellen could do nothing more than wait helplessly at home for the phone to ring with updates on her husband’s condition.

“You were totally relying on the information over the phone from the doctors or nurses, but they were excellent about keeping me informed,” she said. “He was completely rid of all COVID symptoms at the time they were trying to take him off the respirator.”

Of all the unfortunate circumstances in Elliott’s case, the timing may have been the most unlucky.

Medical professionals were still trying to understand the virus and how to treat it, and Mary Ellen feels her husband could have survived if he came down with it today.

“There was so much unknown at that time….. he may have lived if it happened today,” she said. “Then, they just didn’t know what to do. It was that bad.”

Most people have no idea where they picked up the virus. Could be a random trip to a store, using the wrong gas pump or any number of possibilities.

Mary Ellen has a pretty good idea where Bill contracted it.

He had worked a long career in the construction industry, and after retiring took a part-time job at PDF Industries in Brazil.

“The week before he went into the hospital, the wife of another guy from PDF who lived in Terre Haute had gone into the hospital with COVID,” she said. “She died of COVID two days after Bill was admitted. He worked pretty closely with the guy whose wife died of it. There were other people at PDF who got it, but he was the only one who died.”

Yet, Elliott does not blame PDF “for any of it” relating to her husband’s death.

“Everything was so unknown at the time,” she said. “When Bill died, Jamie Mauer [whose husband owns PDF] called here and she was devastated. They blamed themselves because he more than likely got it at PDF. She was crying, and I told her ‘she can’t do that’. You can’t quit living. You don’t know for sure that’s where he got it, so I don’t blame anybody for it.

“I wish it hadn’t happened,” Elliott said, “but what good is blame going to do?”

Mary Ellen pointed out some irony in her husband’s personality relating to the virus.

“He was basically a ‘germaphobe’,” she said. “He did the hand sanitizer, we did social distancing. We didn’t leave the house, except for him going to work. We only went to a restaurant if we could pick up at a drive-thru. We didn’t go around people.”

Mary Ellen has continued that behavior, and still hasn’t left the house since February of 2020.

“It’s an anxiety thing, once something like that happens,” she said. “I don’t know how I didn’t get it. It was just the two of us who lived here. They immediately put me under quarantine when he got it, but I was already under quarantine since we just stayed home.”

Elliott knows a lot of people do not think COVID-19 is “a true thing” and that it’s blown out of proportion, but her case is solid proof those people are mistaken.

“They say that whenever people die it’s COVID….. his actually was COVID,” she said. “It is what it is. It’s nothing to mess with. But there are still a lot who don’t believe in it, just like the vaccines.”

Elliott will turn 65 in July, and only recently saw the minimum age for getting the vaccine reach her age group. She still hasn’t had a shot yet, but is scheduled for the first dose on March 24.

“That’s frustrating,” she said. “That’s probably because I don’t work and I’m not out in the public as an essential worker. I want to get the Moderna one, because I have researched them all.

“You find when you lose somebody that you do that,” she added. “People don’t want to get the vaccine because the government is trying to control you, or it’s political. You take a flu shot, you should get a vaccine.”

Elliott is glad that the medical community is starting to get more control over it, and the combination of vaccines, masks and social distancing is reducing the number of cases.

She especially dislikes how the issue has become so political.

Elliott has seen newspaper obituaries where families have gone out of their way to say that the deceased “did not die of COVID,” but she is just the opposite.

“I am the total opposite of that,” she said. “If you put a face with it, and you know, then it means something different. It’s nothing to be ashamed of. You can get it anywhere. Maybe your mail carrier has it, and you get it when you pick up your mail.”

Through it all, Elliott thinks she is holding together as well as can be expected.

“I have anxiety over it,” she said. “I now do my doctor’s appointments over Zoom. Until I get vaccinated, I don’t want to go around people.”

Elliott also missed out on the closure that loved ones like to have from saying their final good-byes after a death.

“At that point, they were still cremating everybody who died from it,” she said. “I have no closure there, because I couldn’t go to the hospital. They called me and let me know he died, and then we had to wait to bury him.”

When graveside services were finally allowed with just family members in attendance, COVID-19 was not finished with Elliott’s family yet.

“My niece and her husband were there, and the day after the service they both tested positive for COVID,” she said. “But they didn’t know. They weren’t even sick then. To go to the cemetery for the funeral, and I’m around people who have COVID. You get real anxiety over that.”

Elliott is confident she will be “OK” through everything.

“I’m a survivor,” she said. “It’s coming up on the one-year anniversary, and that’s going to be hard, but it will be OK.”