TOP STORY OF THE DAY, brought to you free by WICU: Adams has enjoyed queen duties, is excited for state fair pageant 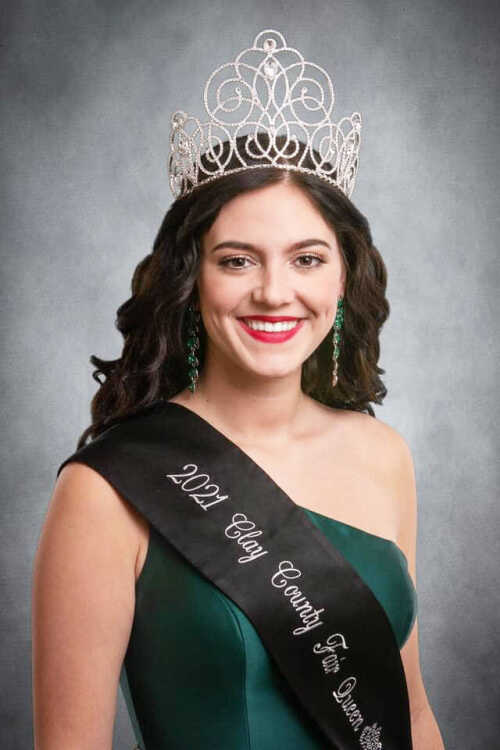 Brazil’s Makenzie Adams is hoping to reach that designation next year, as the Purdue freshman who was homeschooled prior to going off to college prepares for an extensive interview session from Jan. 7-9 in Indianapolis.

“The interview process is worth 45 percent of the total points,” Adams said. “You give a one-minute speech worth 15 percent, then there are professional wear and formal wear competitions [both worth 20 percent].”

Adams has been preparing for the speech by trying to memorize it and know it from heart, since she will have to give the speech three or four times (including once for each of three judges) at the interview.

“I’ve been practicing doing the speech in my dress, and also doing mock interviews to be more prepared for all the questions,” she said. “I’ve done how to do speeches at Purdue, and most of them were five minutes.”

Adams, who is majoring in accounting at Purdue, has represented Clay County at numerous activities since being crowned last summer. She has enjoyed every minute of it.

“I was crowned in July, and it has been such an amazing opportunity,” she said. “The community has been amazing. One of the favorite things I’ve gotten to do was to be invited to the Festival of the Trees in Danville, Ill.

“There were so many little girls, and the way they looked at me was amazing,” Adams added. “I passed out rings, and they were all sweet. The whole thing has felt like a Disney movie.”

Adams was a seven-year 4-H member, starting out doing projects with her family and eventually moving into raising animals.

“We got more into it over the years, and we got animals just for 4-H,” she said. “We started breeding chickens, pigs, horses and a lot of different projects. It was one of the best things I’ve ever done. I’ve had so much fun with it, and met so many people through 4-H. It was just amazing.”

Adams said she thought that being queen would be enjoyable, but “never like this.”

She admits being a little nervous for the big event, but is looking forward to the experience win or lose.

“This is just going to be so much fun,” she said. “I will only get to do this once, and I’m just really excited for it. I thought I would be a lot more nervous than I am.”

Since the 2020 state fair did not happen, the judges will be naming two queens next weekend. 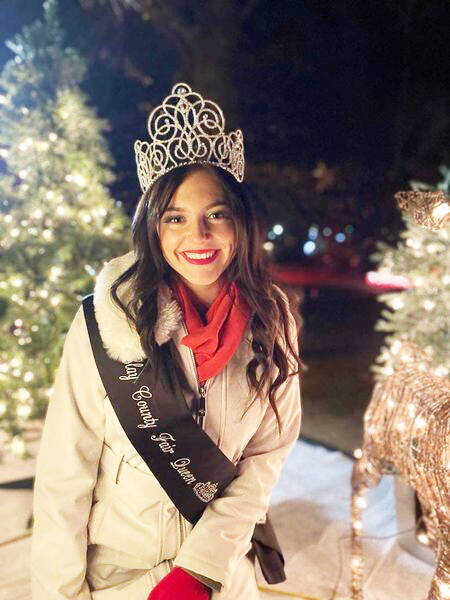 Makenzie Adams has served Clay County in appearances at numerous activities since being crowned as the county's 4-H Fair Queen last summer.
Submitted photo
Respond to this story