Time for a road trip to Dana 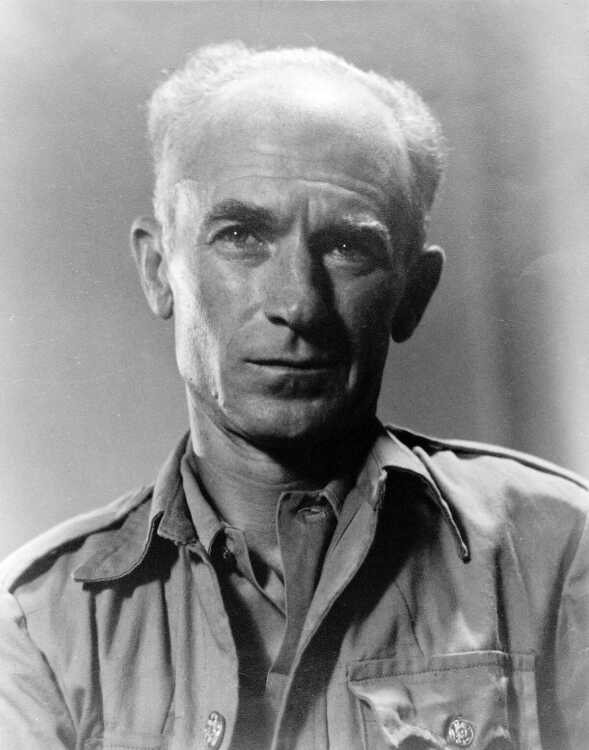 Reading the paper Friday, I was reminded of the great treat given to the staff of a newspaper where I worked several years ago. The publisher, Tim Timmons, took all of us to Dana, Indiana, to visit the Ernie Pyle Museum.

If you are not familiar with Pyle, he was a war correspondent during World War II who lost his life in the last days of the war during an attack on Allied forces.

His life’s story has been dramatized and shown every year on TV in the movie, “The Story of G.I. Joe.” Burgess Meredith (much later known as “The Penguin” on the 1960s TV show, “Batman,”) played Pyle.

At one point in the movie, Pyle is told he has won a prestigious journalism award to which he replies with a smile and wonder on his face, “Well, what do you know?”

I find that scene memorable because it shows the attitude of every true journalist. Not to be in the career for the money (there isn’t much) but for the opportunity to communicate the truth about the people around us to our readers.

Why is Pyle’s museum in Dana? Because that little town was where he grew up. It is almost as impressive to drive into Dana on your way to the museum as it is to see the museum itself.

It is inspiring to know that no one is limited by the size of the community in which they lived.

The museum itself is in a quonset hut. If you ever watched “Gomer Pyle USMC” (no connection to Ernie Pyle) you remember the huts that served as barracks for the Marines. They looked like tin cans cut in half the long way and set on the ground. Those are quonset huts.

Inside the Ernie Pyle Museum are many exhibits, most with surround sound, depicting the World War II that Ernie wrote about.

Pyle’s words did not describe the news of the war for the folks back home but they pictured the lives of the men who were fighting the war for America.

Because of the truth which Pyle communicated, he was loved by the men he wrote about as much as the many, many people back home that read his column in newspapers across the country.

If you get a chance, go see the Ernie Pyle Museum in Dana. It will be well worth the short trip to get there.