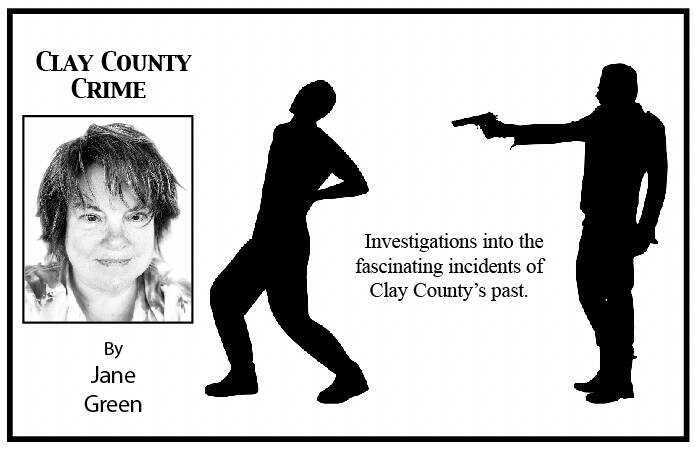 By 1917, James and Grace Van Sandt’s daughters, Jane and Betty, were four and two years old. As most parents know, two- and four-year-olds are wild, wily, and fast little beasts with no judgment about safety, no sense of personal space, and no attention span.

Perhaps it’s more accurate to say that they were Grace’s little girls because James was gone day and night, often seven days a week. People’s medical problems had no schedule, and James was trying to prove himself to his boss—his father, who at 77 years old was undoubtedly eager to have James handle the bulk of their patients.

Marrying a handsome young doctor and moving to an up-and-coming town had been a dream come true for Grace until the reality of life set in. Maybe she thought of the adventurous life she and William Cowan could have had together. She’d given up one child then, only to be saddled with two now.

Could Grace help the fact that she had lived in Indianapolis and Chicago and visited other big cities and now missed the fashion, the nightlife, and the general buzz of activity generated by so many people living so close together? The fact that her mother, Josie, became ill and then died in July 1917 couldn’t help but make Grace feel even more alone.

It’s not clear how Grace and Grover met. Perhaps he had made a visit to James’s home office as a patient. Grover ran a jitney bus between Carbon and Brazil, and Grace might have contacted him for transportation. In any case, they hit it off. Grace was the sophisticated, worldly woman who fulfilled Grover’s image of himself as a man-about-town; Grover, a good-looking man with gray eyes, brown hair, and a slender build, satisfied Grace’s yearning for a more exciting life.

Grover’s ego could not have overlooked that the wife of one of the town’s most respected gentlemen, a man that the women of Carbon universally found to be intelligent, courteous, and attractive, seemed to prefer his company over her husband’s. Grace’s pride must have taken satisfaction that she had found a way out of the claustrophobic environment that James had kept her in.

Grace had thought she and Grover had been discreet. When they would go out riding at night, they would head away from Carbon. They went to Brazil to buy liquor. They attended a dance in Coal Bluff, leaving the sleeping girls alone. They had gone to Terre Haute to spend the night together.

James had seen Grover talking with Grace at the Van Sandt home several times during the day. Grace thought perhaps they could get away with a few hours together at her home when James was out on calls at night, but that strategy proved flawed. One night when James told her he’d be out all night with an ailing patient, the patient turned out not to be that bad off, and James had come home to find Grover there. Fortunately, Grover and Grace were just talking.

The townspeople liked their doctor and didn’t seem to care much for his wife, who, unlike her mother-in-law, appeared uninterested in blending into the town’s social activities. The people of Carbon who were especially concerned for the doctor’s wellbeing would quietly let him know that his wife had been spotted hither and yon with Grover Jackson. For his own reputation, James needed either to put his foot down or be taken as a fool, a coward, and a cuckhold.

More from this blogger · By JANE GREEN
Respond to this blog