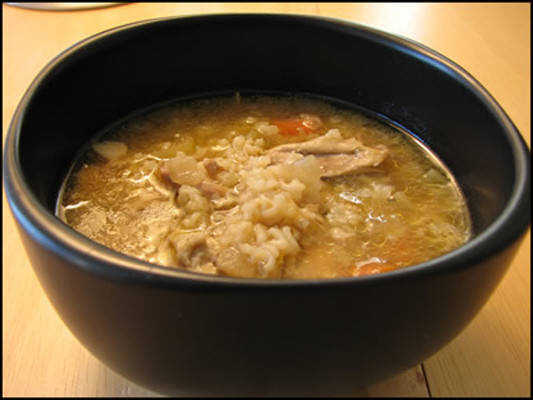 For many, the annual rite of passage has arrived with the unpredictable fall weather. Despite all of our best efforts, it's cold and flu season.

It's a fast-paced world in which we live, and coupled with economic hard times, it's hard to slow down or take off work for a mere cold. Many of us -- hoping the symptoms will get better quickly -- try to continue to work while struggling with runny noses, sore throats and raspy coughs that make those within earshot cringe and reach for cans of Lysol.

Although cold symptoms can vanish in as little as 48 hours, the effort your body made to fight the cold and leave us feeling drained for what seems like an eternity.

According to the physicians, how we handle being sick -- whether relying on over-the-counter remedies or eating grandmother's chicken soup -- that leave us feeling worn down for longer than we expect.

Some reasons why include,

* Being low on fluids, and

With the fear of H1N1 (swine flu) lingering in everyone's mind, people are being advised to stay home from work or school if showing signs of the flu. However, this shouldn't be considered a day off to go shopping or do something else.

Go home, curl up in a blanket and go to bed because sleep is vitally important to our immune systems. Once you have a cold, it will also take longer for it to go away if you don't get adequate rest.

When sick, your body needs more fluids to flush the mucus and congestion out of your body. I learned that many winters ago when I was a sickly child in second grade.

"Drink up," my mother used to tell me about the umpteenth glass of water or apple, orange, cranberry or tomato juice she'd hand me while lathering Vick's Vapor Rub on my back. "You can't hack that stuff out if the snot is hardened inside your head or in your chest."

It didn't matter that my bladder was about to explode, my mother, who was not a doctor, was determined that I get enough to drink. Apparently it's the same advice doctors tell people today.

If a cold won't go away, consider drinking more water, Gatorade, or juice to help fight the discomfort and dehydration caused by a cold.

(HOWEVER, if you're taking a medication that helps loosen mucus in your body, you can feel worse because the additional fluid intake helps to naturally increase the amount of mucus coming out of your nose and chest. Always talk to a doctor about taking any medication!)

As for eating when feeling sick, it can be tough. I know when I get sick, I usually only want a bag of oyster crackers and Lipton chicken noodle soup. I will also eat (because I live in a house of young people who adore them) those little cups of Ramen noodles.

Doctors say to eat when you feel like it, and try to eat light foods that will not upset your stomach (I hate going WHOOPS). But after a day or two of eating small amounts, I get hungry for something more substantial.

Technically, I'm not sick right now. I ache all over, my throat is a little tingly, there's a dull throb in my head from a future headache and I can't seem to get warm, but -- looking on the bright side -- I don't have a fever, yet.

However, by the sounds of hacking coughs, sniffling and sneezing and the raspy voices swearing they "feel fine" in my house (and around work), I probably won't be healthy for long.

Tonight, I'm going home and dusting off my crock-pot, because I know the "cold/flu clock" is furiously ticking away. I'm getting prepared for my turn by making Chicken and Rice Soup.

Drain and reserve the juice from the following 15-ounce cans of vegetables:

A trick to making this soup richer, is to add enough water to this juice to make 8 cups water in your stockpot. Turn on the heat, but do not bring to a rolling boil yet.

In a large skillet, sauté one finely chopped large purple onion, three stalks of sliced celery (including the leaves), one chopped leek stalk, two whole chopped garlic gloves and three shredded carrots in three tablespoons of olive oil and one tablespoon of melted butter until the onions look clear. Remove and dump vegetables into the stockpot, reserving the oils in the pan.

Cut two/three pounds of skinned chicken tenders into small bite-sized pieces and clean and quarter one pound of mushrooms before cooking in the skillet with one bay leaf until the meat turns a light golden brown. Remove the bay leaf and place the meat in the stockpot.

Bring the contents of the stockpot to a rolling boil, constantly stirring for approximately 3-5 minutes and then shut off the heat.

Pour the contents into a preheated (large enough) crock-pot that has been prepared with cooking spray, cover with the lid and let cook on medium for 2-4 hours. If you don't have a large crock-pot, divide the soup. You can cook half and store the other half in the refrigerator until later in the week or use proper freezing techniques to store the soup in the freezer for up to two months.

You can check the soup half way through the cooking process to add chicken stock if you want a thinner soup. (I always add a little more because I love my crackers!)