My husband's recipe for whatever ails you 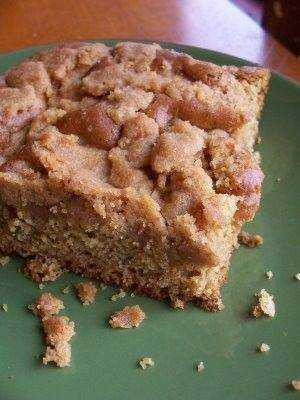 Well, it finally happened. I recently became one of the huddled masses of individuals fighting the war against the cold/flu bug sweeping across the nation like a pox on humanity.

However, although I'm forced to go home (I'm one of those who hates to take a day off because I'm sick!) there is a bright light at the end of the tunnel.

I was wrapped up in a comfy, warm blanket handed down by my mother, with a glass of raspberry tea at my side (Thank you God for the luxuries of married life, my husband takes wonderful care of me even when I'm not sick!) and one of my favorite books in my lap, Stephen King's unabridged edition of "The Stand," originally published in 1978.

Anyone who knows me knows I read King's book at least once a year, usually when I'm sick. It's about how the super flu "Captain Tripps" destroys 99.4 percent of the world's human population (and most of the pets along the way) and the plight of the survivors left behind in a battle of good versus evil at least once year.

If I'm too sick, there is a DVD of the television mini-series close by in case I don't want to read. Although it doesn't have the depth of character the book has, it's a good version to enjoy when my brain is a mush.

My friends tell me there has to be something weird, maybe even "Freudian" about this particular activity. But honestly, it's the only time I get to read the behemoth 4-inch thick edition in my possession. (I caught my children using it once as a step stool.)

Being sick, I was also exiled from the kitchen.

"You go rest," my husband sweetly scolds me every time I get out of bed or up from the recliner in our bedroom. "I can do whatever needs to be done."

And, by channeling "his" inner Felix Unger (Jack Lemmon's portrayal in 1968 movie classic The Odd Couple), he does. FYI: He calls me Mary Poppins, so it's only fitting he be Felix!

While I get lost in my book and subsequently fall asleep, Jason is sweeping and mopping the floors, dusting furniture and emptying the trash in every room. Even the dishes and laundry (including those dastardly socks) are washed, dried and put away.

The smell of food coming from the kitchen interests me, but I am ordered back to the recliner while my husband cooks for me.

It's not a new thing just because I'm sick. Jason cooks by himself two or three times a week and helps me cook dinner the rest of the time. I admit it is wonderful having someone in the kitchen to help cook.

I agree with my Grandma Iva: The art and pleasure of cooking food for people you love and care for shouldn't be hidden away or done alone.

Thankfully, I have a husband who enjoys spending time with me or alone in the kitchen.

Recently, he made a Peanut Butter Coffee Cake that was heavenly good!

The ingredients are as follows:

3/4-cup of your favorite brand of creamy peanut butter

Preheat oven to 375 degrees and grease a 13x9x2-inch baking pan.

To make the crumble, mix together the brown sugar, flour, peanut butter and the melted butter until crumbly, then set aside.

To make the cake, cream together the peanut butter and the shortening until mixed. Slowly add the brown sugar and then add the eggs, one at a time, beating till light and fluffy.

In a separate bowl, stir together the dry ingredients of flour, baking powder, salt, and baking soda.

Add to the cream mixture while alternating with milk, beating thoroughly after every addition until the cake is completely mixed.

Bake on the middle rack of your oven for 30-35 minutes or until toothpick inserted in center comes out clean.

Let rest for 10-15 minutes before serving.

However, if you want to add a touch of chocolate to the cake, there are a couple of easy ways to do so.

Sprinkle lightly with crushed chocolate chips when the cake comes out of the oven. The chocolate will melt while resting.

And lastly, try this cake with your favorite ice cream. Don't forget to sprinkle a few chopped peanuts on top for a salty kick.