For what ever reason, many people just aren’t in the holiday mood. Christmas, the simple magic and wonder of the celebration of the birth of our Savior, isn’t quite so simple anymore.

The obsession with material possessions is overwhelming for everyone, while pre-made dinners and decorations have taken the wonder and special meaning out of the day.

I think a few people would pay to see a movie where Ebenezer Scrooge called Ghost Hunters to get rid of those pesky specters of holiday reasoning. Bah Humbug, isn’t such a bad thing to say anymore.

It was only 19 years ago when the famous Seinfeld episode “The Strike” helped create the secular holiday Festivus on December 23. The celebration features a meatloaf on lettuce dinner, a plain aluminum pole put on display with no presents and the public “Airing of Grievances” and “Feats of Strength” to apparently settle year-long differences. It also allows people to proclaim “Festivus miracles” when the most explainable events occur in everyday life.

During the show characters exclaim that Festivus is a “holiday for the rest of us” and encourages people to not fall into the annual commercialization of the holiday season, and maybe our culture en masse. Whatever the reason, it caught people’s attention and slowly began growing in popularity.

The Daniel O’Keefe family, who is credited with creating the peculiar holiday, was featured and detailed their other holiday practices in the book “The Real Festivus (2005).” The book was written by Daniel O’Keefe’s son Dan, who was a writer for Seinfeld, and provided a first-person account of the early version of the holiday his father created and celebrated since 1966.

“The real symbol of the holiday was a clock that my dad put in a bag and nailed to the wall every year…” the son said in an interview at the time. “I don’t know why, I don’t know what it means, he would never tell me. He would always say, ‘That’s not for you to know.’”

And so Festivus became even more popular with it being recognized in public settings.

In 2013 and 2014, a Festivus Pole constructed with 6 feet of beer cans was erected next to a nativity scene and other religious holiday displays in the Florida State Capitol Building. It was a protest supporting separation of church and state. For the third year in a row in 2015, the same man was granted permission to display a Festivus pole, although this time decorated with a gay pride theme and topped with a disco ball to celebrate the court’s decision on same-sex marriage, at state capitols in Florida, Georgia, Illinois, Michigan, Missouri, Oklahoma and Washington.

These days Christmas is way too much about what we don’t have, or about having to do things we don’t want to do or spending time with people we can’t seem to find a reason to like.

Families aren’t close-knit anymore, they’re often separated by time, space and financial means. The saddest part of the holidays is the struggle and strife to get along with people, and sometimes worst of all our families and friends expectations. Divorce has caused many a stressful holiday for adults and children alike. They struggle with where to go, who to be with and the ultimate heartbreak on at least one parent on the losing end of the bargain.

Then there are those families dealing with seniors struggling with health issues, either living in nursing home facilities or at home, and the idea that this might be the last holiday they can share. Even worse is the holidays for families who have lost a loved one during the year, dealing with the loss, the absence can be heart wrenching.

If the Hollywood adage is true — that once people stop believing in magic, it dies — Christmas could be in trouble.

They don’t say “It’s the most wonderful time of year” for no reason, because it used to be, and still can be. It should be.

Isn’t it time to stop being all “bah humbug” about what is bad in our lives and open up our hearts to the world and the beauty of the world and life around us?

Yes, times are trying, which is why everyone needs Christmas now more than ever before.

We all need a moment of joy in our lives.

Life is fleeting and special moments are all too soon lost to time and diminish in luster within our memories. Let’s try to take the holiday spirit back and find the true meaning of the season. 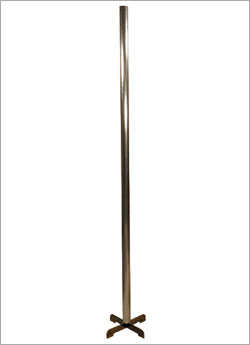