Cooking for a cause 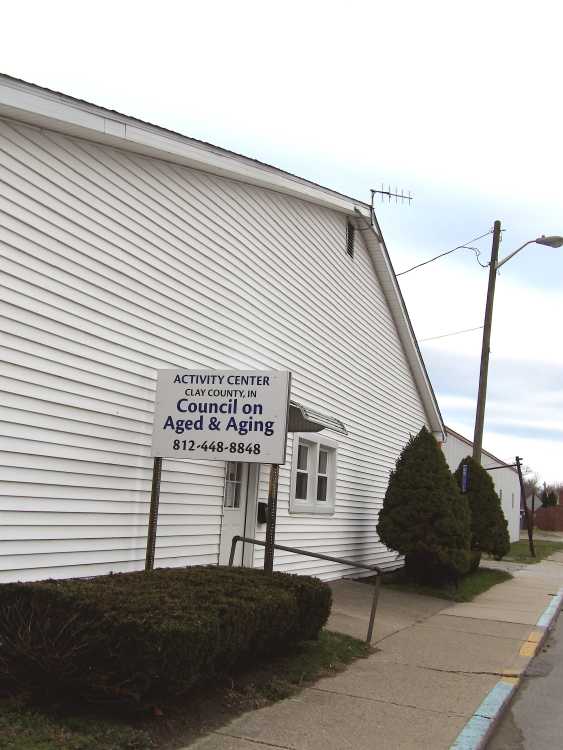 The name of the Clay County Senior Citizen Center was recently changed to the Activity Center, Clay County, Indiana, the Council on Aged & Aging. The Celebrity Chef Fundraiser will take place here Saturday, April 15 at 6:30 p.m.

It was September 3, 2007 when I became an official blogger here at The Brazil Times because of my job as a reporter. It was required back then, not so much anymore. I have written and posted 168 entries in this column, most of which involved the stories and the recipes of my family and friends, and details about some of the crazy moments of my life.

Does that mean I’m a celebrity?

If you know me personally, then you know my mantra “I’m nothing special. I’m just me, and that’s enough to live a happy life.”

Essentially a private person, I’m happy to just hang out at home or with friends at their homes. Good food, a few drinks and great conversation that leads to laughter is a wonderful evening of fun for myself, and my husband.

Back to the question: Celebrity? Not really.

However, I recently agreed to do something outside the norm. Along with my husband, we are going to be “celebrity chefs” for a fundraising event at the Clay County Senior Center, 120 S. Franklin St., Brazil.

I was lucky to have grown up when I did. My family believes you have to give back to the community you live in. It’s considered a privilege in our family to able to do that.

We were paying it forward before it became the thing to do.

My grandparents, extended family members, parents, myself and my sister, Glenna, have been part of many activities and events through the years that helped others. While growing up in Carbon we sat in the dunking booth at the Town Hall or served drinks and fish during the annual fire department fish fry. We gathered a group of friends one Christmas and went to the Clay County Jail (the little one back 30 years ago) to sing carols to the inmates. We visited with elderly people who had no family at nursing homes and providing art pieces for various local fundraisers.

As my sister and I became parents we raised our children to be conscious to the needs of others and give back to the community the best ways they could. We’ve taken our kids with us as we painted faces for children at fundraisers, picked up trash in the parks and helped various service organizations efforts. My niece and nephew put their efforts toward helping a local volunteer fire department, while my son and daughter got involved in Relay For Life.

That’s only a part of our children's continued efforts to give back, and now there are grandchildren looking around and seeing little things they can do to help.

These good deeds were done with charitable hearts, with no expectation of a pat on the back.

The actions of one person can make a difference in the world, it’s a lesson I hope continues as a tradition as our family grows. That’s why I said yes to being a chef for one night, but being a reporter does help people know who I am. Maybe a few readers will stop by to visit, get a bite to eat and help support the Senior Center because of my so-called celebrity.

On April 15, at 6:30 p.m., the doors at the Senior Activity Center will open for the fundraiser and musical entertainment at 7 p.m. All the funds raised through the sale of items on our celebrity menu will be used by the facility to support upcoming activity programs at the center.

Well, my father requested I make Grandma Iva’s secret recipe for homemade chicken and noodles. Of course you have to serve that with real smashed potatoes.

My husband Jason is cooking up an unusual but very rich flavored and tasty dish we call Drunken Gizzards. Trust me, they melt in your mouth from being cooked in a Crock Pot for more than eight hours, and you will want seconds served over those potatoes. There will also be seasoned green beans slow cooked with jowl bacon and onions that afternoon.

A couple of friends of ours have also volunteered to help cook that night and they are providing a seven-layer salad, which will round out the selections for dinner. (Unless we decide to cook something else, which is a great possibility. We all like to cook.)

There will be individual servings available for $3 each and a full meal plate for $5 each.

I’m making one of my special recipes featured previously on my blog. Kind of torn right now between the Black Pepper Cake or the Banana Liquor Cake. “You’ll just have to come to see which one I make, or maybe both.) My friend is taking over the pies, and mentioned something called Vinegar Pie as well as another sugar-free mousse-like dessert. There’s also a possibility of homemade cookies, brownies and even fudge could be available. Someone mentioned getting ice cream and whipped cream to go with all those things, but I’m not sure just yet. Sounds good though.

If you want to please your sweet tooth, a serving will cost $1 each. We’re not skimpy, so you will get your money’s worth.

We will also be providing free samples of other snack items during the event.

Coffee, tea and lemonade will be available as well as the pop machine inside for drinks.

Take out service will be available, as well as table service and door prizes during the event.

There will also be door prizes that night and musicians Steve Manning, Mike Perkins and Bob Mason will entertain.

I’m way outside my comfort zone in doing this, but being surrounded by family and friends while cooking from special family recipes for a wonderful cause makes it something I look forward to being a part of. We all hope to see you there, and bring your appetite.