With the eyes of a child... 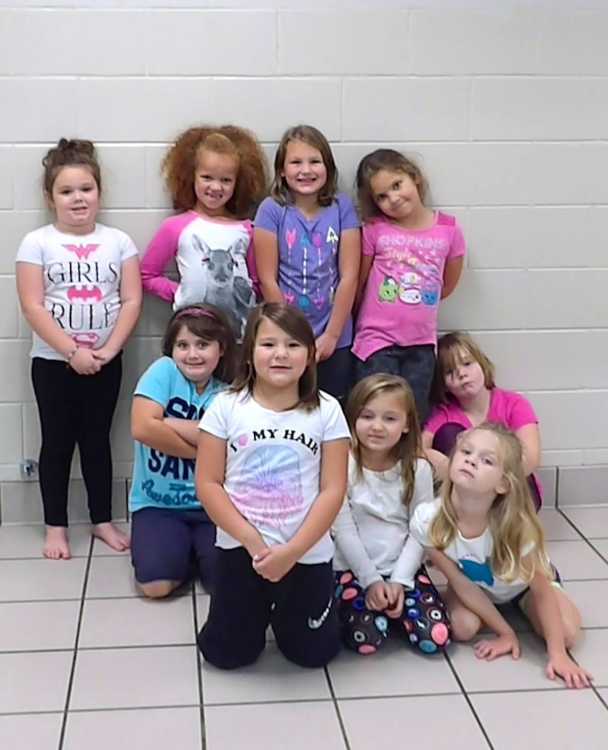 Recently I met this group of moppets during a talk about honesty and being a reporter at Deer Meadow Primary school in Greencastle. Ivy Jacobs photos

With the eyes of a child...

Proud of my work as a hometown reporter, I’m happy to talk to people about the who, what, where, when, whys and hows of the profession.
It’s why I immediately said yes when a young woman contacted me about speaking to her Daisy Troop 4263. A couple days later I really considered what I’d gotten myself into: What do you say and how do you keep an audience of 5-and 6-year olds engaged?
Honestly, I’ve seen younger children in action at several local events. They don’t seem to know how to sit still anymore, including my own grandson, for any amount of time.
They also demand a high level of visual or technological stimuli. I know a young 6-year old child who has their own iPhone 7. While I understand parents wanting to provide more for their children then they had, I just can’t wrap my mind around that.
Maybe I’m old fashioned, but I don’t think there’s anything wrong with a child learning to sit still quietly for a while, maybe reading a book or coloring. It’s a way to unwind from the stress of life, and everyone is living a stressful life nowadays, including our children.
It’s one of the reasons why when my grandson comes to visit, we tell him our phones or video games are off limits. Maybe if we are all playing together, that’s different. But we don’t use technology as a babysitter.
Although I’ve sort of digressed, I admit to worrying about how to keep the attention of these young ladies. No matter the approach I considered, I knew I wasn’t as interesting as the technology children of all ages have available to them.
“Nanny,” my grandson Booga said the last time he visited. “Can I take a picture with your camera? Like a reporter does?”
That kid has my number; because I rarely tell him no when he puts on that cute smile and asks me to do the one thing I hate.
However, it got me to thinking about the upcoming meeting with the Daisy Troop.
Thanks to Booga, I felt ready when I showed up at the Deer Meadow Primary School in Greencastle on October 10th.
Nine of the cutest little girls eyed me closely as I walked into the cafeteria. They watched my every move while I unpacked the contents of my bag — my portable office — onto the table. Several were pretending to be animals in a make-believe game.
“What ya doing?” asked one little girl who meowed at me before sitting down, and with that question my presentation began as all the little “animals” gathered around.
Everything used to perform my job was laying on the table, and I let the girls ask about them. After explaining it’s use, I’d let them touch it or put it on, like my neon yellow safety vest.
“Why you have all those ink pens?”
Because it always happens that when I grab one, it won’t work so I have to grab another.
“Why do you have that (recorder)?”
Because there are times when I can’t take notes fast enough, or remember everything a person says, so I use it to make sure I’m right when I write a story.
One of the girls picked up a metal tin of cinnamon Altoids laying on the table, “What are these?”
I told her, then started to ask the group why they thought I had them, as one little girl said “Because you don’t want stinky breath.”
I laughed with them, and said she was right.
The girls were a buzz of questions, and answers, as they tried to figure out if I was a television or a newspaper reporter. They agreed they know more about the reporters on television, which is a sad state in our society. I told them the written word — like newspapers — allow for much more of the story to be told than a 2-3 minute blip on a television screen.
We also talked about how honesty is not only important in everyday life, but is very important to news reporters.
“If I don’t tell you the facts, the truth, you might not know important information you need,” I told them. “If there was a big storm, and I told you it was in one place, maybe across town, you might feel safe about going outside to play in your neighborhood. But you wouldn’t be safe if I was wrong and it was in your neighborhood, and you went out to play in a storm.”
Amelia, Mackenna, Melea, Maggie, Adilee, Zoe, Hadleigh, Peyton and Norah told me about news stories they knew. Then they asked, “Will we be in the paper?”
Of course, I said, asking them to pose for a picture, “I will write about you in my column for the newspaper.”
One little girl seemed doubtful, but I told her “We just talked about honesty, right?” She nodded. “Well, you got my word.”
Thanks to Heather Lawrence and the adorable little girls of Daisy Troop 4263 for the wonderful afternoon.
There are times in the lives of all adults where we are so grown up, caught up in the responsibilities and expectations of adulthood, that we disconnect and forget to appreciate the wonders of the world around us. Admittedly, I have found myself in that funk recently. The world right now is such a downer, and optimism seems to be pointless because everywhere a person turns there is bitterness and people are jaded.
It takes looking at the world through the eyes of a child to make you realize there are many things to be excited about, and the world really can be and is full of possibility.
More from this blogger · Ivy Jacobs
Respond to this blog