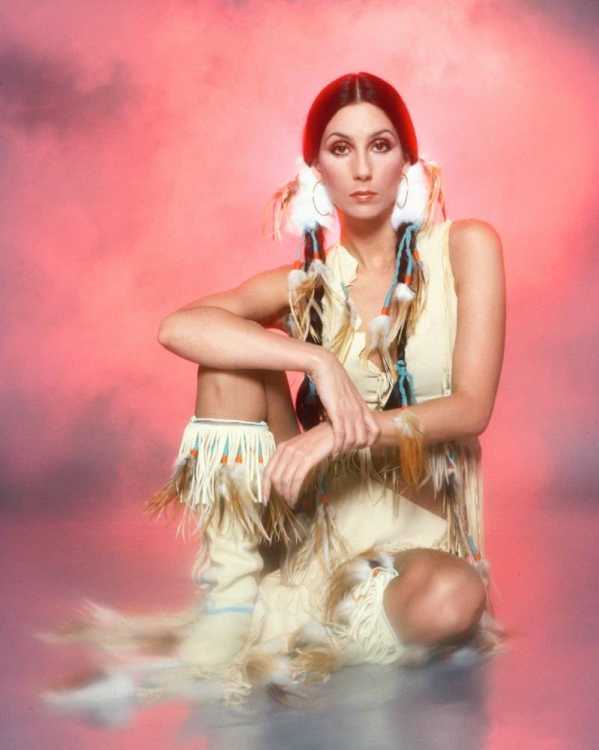 Cher pictured in a photo to help publicise her 1973 classic hit, "Half Breed." Courtesy photo

I used a word the other day that caused a person to become angry with me. They demanded a response to my apparent egregious behavior.

“Do you think I’m stupid? Stop using false words to make yourself look better than me.”

Honestly, I was confused by the outrage. I thought everyone was familiar with the word. I grew up hearing my grandmother use it all the time. Even heard other adults use it. There might have also been a board game in the 1980s named after the word. (This predated the popular party game of today, “Cards Against Humanity.”)

So, I was surprised the person I apparently offended didn’t know what “scruples” were.

SCRUPLES: 1.) A feeling of doubt or hesitation about the morality or dignity of a course of action. 2.) A tiny portion or amount, a unit of weight equal to 1.295 grams or what is known as an apothecaries weight used for measuring and dispensing of pharmaceutical items based on the grain.

Apparently, scruples have gone by the wayside.

But really, I offended them?

OFFEND: 1.) To cause to feel upset, annoyed, or resentful. 2.) To commit an illegal act.

Sometimes you have to remember that when another person is hurt, their “reality of life” is most likely different than yours. I was taught throughout my years on earth that everybody has a different reality because everybody is living life in a unique way that is exclusive to them.

EXAMPLE: A person who grows up without ever seeing an airplane won’t understand someone who likes to go to the airport and look at planes.

Using that rationale, I can understand my use of an unfamiliar word might make someone feel uneasy if they thought the person was talking down to them.

How many words are there in the dictionary that don’t mean what they once did to society? How many are not even used anymore?

Kerfuffle anyone? Well, I guess we can’t make a fuss over it now.

How about twattle or brabble? I guess I will have to stop talking about it now. Or do you want to argue the point?

You ever been fuzzled? Let’s have a drink and talk about it.

Ok, maybe my grandparents used these words, and yours didn’t.

Some of those had to sound familiar, yet no one seems to use them much these days. But if used, are they offensive?

Some of these words should probably be brought back into fashion. My vote is for twattle – to gossip, which doesn’t seem to be a derogatory thing to do anymore. There are television shows about it and don’t forget social media thrives on gossip.

To me, a derogatory word is one that is hard to let go of the pain it causes to a person.

When I was a child, I experienced a couple of words that impacted my life.

I went to kindergarten as a long-legged little girl who had dark eyes, high cheekbones, and long braids in my hair with sun-kissed skin. I knew our family had Native American bloodlines because my father told me, and it was hard to ignore when I met my grandparents from Tennessee. I took pride in knowledge.

However, I did not understand being called a gipp” (the slang term for gypsy) every once in a while or the most common word I heard, “half-bred” (a term used to identify someone as a mixed breed of white and Indian.) I first listened to these terms from adults, and later in my school years from some of my peers.

In 1971 Cher recorded the song “Gypsies, Tramps, and Thieves,” and at age 6 I learned there used to be a gypsy camp in Clay County, and a lot of people were unhappy about it. I heard the stories about gypsies in my 20s, and many of them weren’t very nice. While our family does not have any connection to gypsies, I still felt unsure what to think about being called one. I felt unclean, less.

One day, I corrected a boy repeatedly calling me a “gipp” from the backseat of the school bus. I was proud of my heritage, but that correction leads to never-ending chants from a group of boys and girls who wouldn’t sit with the Indian. In a lot of ways, I was alone. I couldn’t leave my books unattended, because someone would leave notes inside calling me a “squaw” and a couple of times I found feathers. My grandmother cut my hair short that year in an attempt to stop the teasing. It only escalated into taunts of being “scalped.”

I was grateful when I got sick and missed most of the third grade. I was allowed to disappear, to sort of be forgotten.

Two years later, Cher recorded the song “Half-breed,” and once again I learned that designation wasn’t considered good either. It seemed my tormentors found me again. However, this time, the music gave me courage. Seeing Cher perform the song dressed as an Indian was empowering. It taught me that I could be defiant, and I was. I dressed as an Indian princess in fourth grade for Halloween, and by fifth-grade, I was an Indian warrior. I wore Indian style jewelry and was wearing braids in my hair again proudly by sixth-grade.

Somewhere along the way I studied and learned the lyrics to Cher’s two songs, which lead to me considering the history for myself. I also learned about others who suffered from the bitter use of offensive language. I decided in my teens that I would not see race or ethnicity in others because of my experiences.

I lived happily secure in my version of reality until the birth of my daughter. She was the spitting image of me. Our baby photos could be laid next to each other, and it would be hard to determine who was who. I decided she would not have to endure any taunts like I had, and set out to teach her to be better than the bullies she would meet in life. (Actually, I also taught my son the same lessons.)

When it finally happened in fourth-grade, she also decided to embrace it and defiantly wore braids to school with the beads in her hair. Luckily she only had the one experience that I know.

It’s been years since someone asked if I was Indian, even longer since someone called me a “squaw.” It helped that I began to avoid the sun in my late 20s. I still get tanned, but not because I’m a sun-worshiper. (My dad used to tease I only needed to stand in the shade to get the perfect tan that lasts until February.) Maybe the fact that I don’t tolerate that type of behavior, or that I refuse to allow someone to have power over me through bullying – no matter who they are - stopped the problem.

Humanity is beautiful because everyone is unique and special in their own right. There are lots of terrible words out there to use that will hurt another person. I suggest that we choose our words with a meaningful purpose and that we teach our children to be better than we were.

Let’s not defile others with hatred. Let us teach patience, understanding, and the importance of being positive and uplifting with others. That way, the future won’t have to continue to deal with offensive behavior and divisive concepts like bullying. Let us stop as adults – as parents and grandparents - passing down the legacy of our ancestors, and allow our children to have better relationships with everyone they meet.

Isn’t that the goal of parenting? To do and be better in life than our parents did for us?