Lost in the haze 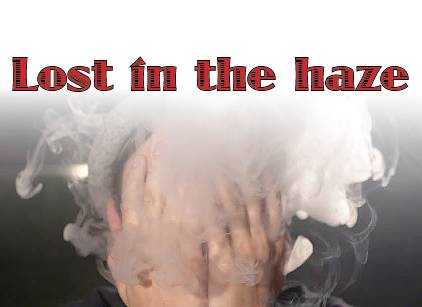 Lost in the haze

When the foundation is bad, a project will ultimately fail due to structural integrity. Usually, the concern of any conscientious construction contractor; it’s also a prime example for use in everyday life.

If you don’t put forth the effort to do things right, like making sure the foundation is correct, you are going to end up living in a cockeyed world where everything isn’t quite right.

Can you imagine living in the Leaning Tower of Piza every day?

The foundation of every family is the elders. They provide the base of what is considered acceptable for the children born into it. The does and don’ts of family structure and civility become life lessons. They create the guidelines for the choices that children will use in adult life.

Starting at home first, and then school, children take these life lessons into adult relationships and ultimately in society as they start their own branch of the family tree. The cycle continues, and the game plan of life will be reviewed when needed, but always handed down among the ever-evolving family.

That is a lovely promise for the future when done correctly, and a family prospers from it throughout each generation.

However, in 2019, it seems family foundations have gone off the proverbial rails!

I was recently involved in an odd discussion that mirrors that meltdown.

“You have never been crippled?”

No, I told the 20-something male after he explained that meant used or gotten high from marijuana.

When I didn’t answer right away, a younger female said, “Weed? You ain’t done any weed?”

I wouldn’t even know where to go to get it if I wanted to, or how to buy it, and I would probably end up getting caught because I am so clueless. Immediately I was informed they could hook me up with some, but I declined.

I think the word flabberghasted described their faces.

“Why not? I got my first joint from my dad.”

Over the next half hour, I learned more than I wanted to know about several illegal substances members of that family have dallied in over the years. They also didn’t seem to care about getting caught and going to jail for their rowdy, partying ways.

“Jail is nothing. Room and board for a few months. Usually, you can get hooked up with a few connections while you’re in there.”

It would be a lie to say it surprised me to find out most of the young women in this group had also gone to jail a few times. In my line of work, I can see the trend for women in prison is rising steadily.

“I only do it to chill out, I’m not addicted or anything like that.”

Still, that person admitted to doing drugs in front of their younger children, “They don’t know what’s up. Anyways, this is my house. Hell, our parents did it, even grandpa and a couple of my uncles smoked pot back in the day in front of me.”

As the conversation continued, it became evident that I am a prude for not trying “it” during my lifetime. I thought about sharing my teenage exploits with alcohol but didn’t. I am a responsible adult. Why should it matter now?

Would it be bragging if I did?

My heart still races at the thought of what would have happened if my elders knew some of what I had done back then. I am sure there would be a few extra bumps to remind me how stupid I was.

“You should come party with us some weekend. We have lots of fun. You never know who you will meet or how high you can go.”

I am pretty sure a potential ride to jail is not in my future, and there are several reasons, really.

The moral compass instilled in me as a child just won’t let me do that, even if some drugs are legalized in the future. I can’t even imagine seeing my name in public record on drug charges, and the destruction that would cause for me on a personal and professional level.

How could I look my children in the face after that? My grandson? The ramifications of that happening and affecting everyone I know is too much to ponder.

Another reason is that I have a family member who got caught up in the world of drugs some 40 years ago. No matter how much we tried to help, they sank lower and lower. It started with marijuana and alcohol. When that wasn’t enough, well, I am not exactly sure what wasn’t tried as the drug-addled haze consumed my brother.

At first, he was just silly and reckless. Soon, his personality changed into an angry, irresponsible young man who hit first and forgot why later. He expected forgiveness to be the norm.

I think he relied on people enabling his actions through their forgiveness.

I can’t remember one time where he stayed on the wagon of sobriety for very long. Looking back now, I think he was self-medicating the demons within that he could not control.

It was disheartening to watch as a child wanting to admire a big brother desperately, yet seeing him stumble in the house and start an argument meant to start a fight. To wake up to see the lights of police cars outside and instantly know why they were there. I would bury myself under the covers and try not to ask my exhausted parents why the next day.

I had a front seat to watch the pitfalls of a drug life for many years, but one day he was gone.

I was 26 when my brother took a family vehicle and just drove away — disappeared, leaving the gutted truck in West Terre Haute. The police told my broken-hearted father, who never saw his son again.

I was 52 when our family couldn’t find our brother to tell him our father had died. That as two years ago.

My children don’t know their uncle, nor does their children.

He has never met my husband, or does he know anything about our family, our lives.

Honestly, I don’t know if he is even alive.

Addiction and drugs took him from our family. He tried to stop ( I know he did) but couldn’t.

I hope somewhere out there; my brother found a way to live without it. That he found sobriety, peace, forgiveness, and could let go of the guilt that weighed so heavy in his soul. My brother knew he had a strong foundation to cling to in our family, yet the drugs and addiction clouded judgment and reality. The hardest part is the family foundation remains, while small and hopeful, awaiting his return... Someday.