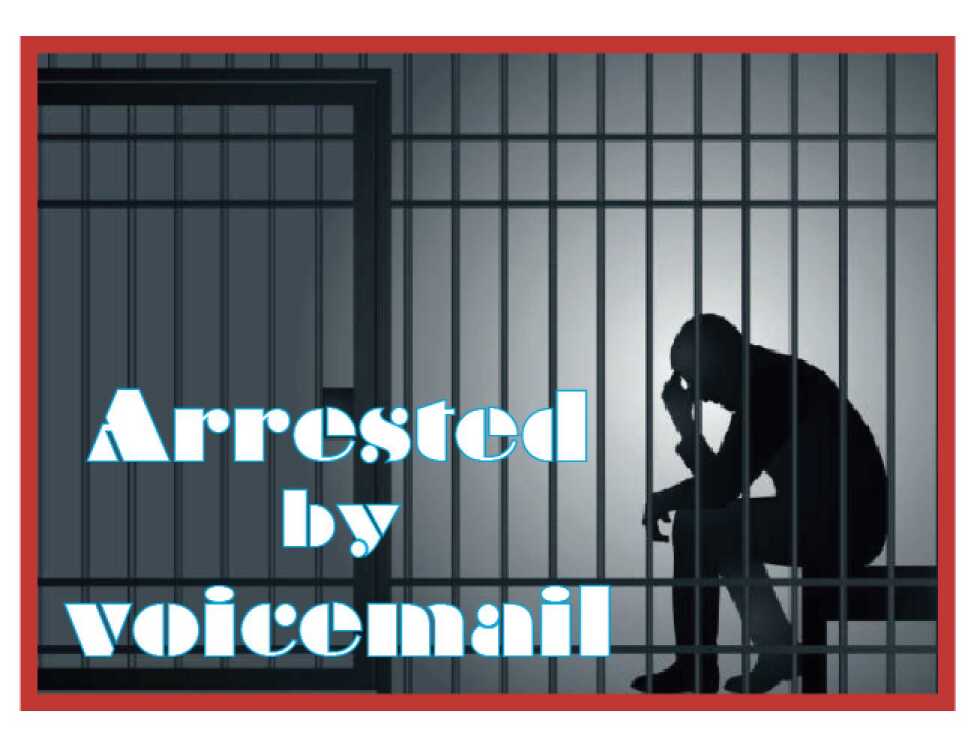 "DO NOT HANG UP," said Detective James Smith in an ominous voice. "This is vital, and you must respond immediately. Please listen to the following instructions to help prevent your acquiring a criminal record."
WELL, THAT IS SCARY.
I thought, then continued to listen to very detailed instructions of calling a number, hitting the extension for the INTERNET CRIME DIVISION, and wait to speak with a "marshall" who will explain the details of an ARREST WARRANT issued in my name out of a federal court. Apparently, it was explained, there is more than one Ivella S. Jacobs in the United States.
"Be prepared to verify the proper identification, address, and current employer. This is an effort by this agency to ensure you are not the subject of this investigation. You will also need to verify your internet activity over the past six months, which will require your IP address."
WHAT IN THE WORLD DID I STUMBLE INTO ON FACEBOOK?
Detective Smith then sealed the message with impending doom.
"Failure to comply with this request within 24-hours will lead to a team specialized in arresting individuals wanted on federal warrants being activated: You will be arrested if you have not gone through this verification process."
OK...AGAIN, THAT IS SCARY.
"This is not a scam; we are not asking for money. This is an effort to verify you are not the person on this arrest warrant. This process is to ensure our officers are working to capture wanted individuals, not hard-working citizens like yourself."
WELL, AIN'T THAT SPECIAL? OF COURSE, I WANT TO HELP...NOT!!!
Many people, overcome with fear, will hit replay while scrambling for a pencil to take notes on what to do to stay out of trouble.
Fear will not let them realize it's a SCAM until it's too late. And that will be about 30-45 days later when they realize their identity has been stolen.
That phone call recently happened around 8 a.m. I'm not the brightest lightbulb that early in the morning, but I know not to pay attention to these calls. I hit "END" and then "BLOCK" so I don't have to worry about them trying again. The problem is, I have done that so many times; I am probably running out of phone numbers my phone will allow to come through on my phone. (So, if you have to call me, I recommend you text me first. Just saying!)
The only reason I listened to this message was that it was so forcefully done. The authoritative tone was like being 15 and late coming home for curfew, and your father is waiting to interrogate you in the dark with a belt on his lap, and you don't have a good excuse for coming home at 2 a.m. You know you are not sitting down tomorrow. That is what this phone call was like; it took you right back there.
That is what modern scammers hope will happen. They want to scare the "feces" out of you, and at that moment, you will slip up and give them what they want: All the keys to unlock your identity and possibly your finances.
However, I have to admit that this scam was well done.
Am I worried the SWAT Team is going to arrest me?
Well, anything is possible in this world right now, but nope.
Have you received one of these scam phone calls?