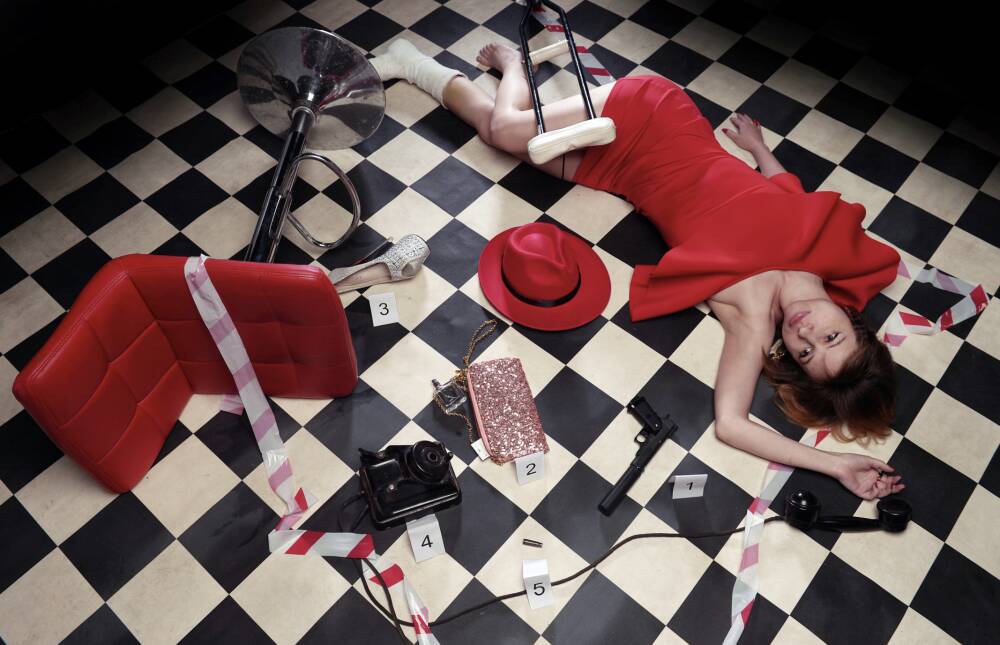 I have an addiction: True Crime shows, like Forensic Files true-crime series.

I prefer documentaries, but I also enjoy a few fictional television shows and movies. I go to bed watching them while my husband jokes it’s my research project.

My usual morning routine has been uprooted by something I wasn’t expecting: “The Killing of Ahmaud Arbery: The Jogger Murder Trial.”

I had never heard of the case before.

In February 2020, a 25-year-old man was chased by armed residents of a South Georgia neighborhood and shot down in the middle of the day.

As if that isn’t bad enough: Arbery was black, the three men charged in the case are white.

Gregory McMichael, 65, and his son Travis McMichael, 35, saw Arbery. They grabbed a .357 Magnum handgun and a shotgun, got into a pickup truck to chase, and yelled at Arbery.

William Bryan, 52, is the neighbor of the McMichaels. He got in his car and joined the chase, taking video of the incident.

Arbery got into a fight with Travis, and that is when he was shot three times during the struggle and ultimately fell dead in the street: All captured in the video.

Gregory told officers who responded to the situation that if he’d had a clear line of sight, “I would have shot him myself.”

This case has my attention much more than the “Kyle Rittenhouse Trial.”

It doesn’t matter to me what state line he crossed or if he jeopardized himself by going there. Many people did that on both sides, so it’s a moot point in my mind.

The jury’s verdict on November 19: Not Guilty on all five counts.

Both of these cases have videos of the shootings.

Both cases have boiled down to “self-defense.”

Both cases are about horrendous judgment calls by the defendants involved.

Both of these cases are utterly shocking.

I can’t help but think, “Where did we go wrong as a society and as humans?”

While I’m not going to argue the politics of these two cases with anyone, I can’t help but think of a famous line in the 1994 movie “The Shawshank Redemption,” where Red says he’s the “only guilty man” in prison. Red owns up to his crimes, while those around him make excuses for their incarceration.

In the two court cases in the real world, all of the defendants are using the “self-defense” excuse.

They killed someone by their actions.

This creates a problem for both cases; they all put themselves in the situations that caused the deaths.

Rittenhouse, who naively thought he was going to help during the riots, became a scared human when faced with the rioters’ anger, outrage, and violence (and that is exactly what was happening). A protest can be peaceful, but too many agitators were there, and mob mentality took over.

I recently read an article that said; people in riots could do things they normally wouldn’t. A riot is a very dangerous organism, and those who plan on peacefully protesting can suddenly become caught up in the mob.

In my mind, Rittenhouse is guilty of the two deaths.

This situation was violent, and to be 17, thinking you have a chance to do something good and help others at that moment, yet, to face the weapon of “mob mentality” in its worst form, alone, as fear gripped him.

He was scared, and “self-defense” was a possibility.

However, he’s morally guilty because he shot two men.

So, what is moral punishment? There has to be one; there must be.

I think for the rest of Kyle Rittenhouse’s life, there will always be a dark cloud over whatever he does. I pray he never gets into trouble again for any reason, but I think it might follow him. I don’t even know if that is an appropriate punishment.

At “The Jogger Murder Trial,” defense attorneys argue their clients had no choice but to use force when Arbery engaged with him in a fight.

That’s a problem because if they hadn’t approached this young man like a witch hunt or a lynching posse, Arbery might have stopped to talk. But after being chased down by two vehicles, with Gregory McMichael in the pickup’s bed armed with a handgun and Travis jumping out with a shotgun, I think Arbery was scared to death. He was fighting for his life.

If it had been me, or maybe you, I wouldn’t have stopped either. Would you?

The prosecutor said the victim, who ran away from the threat, being cornered and shot to death “while desperately trying to disarm his assailant, cannot be the aggressor.”

I agree. Arbery was engaging in self-defense.

I am PRO HUMAN. I don’t think the color of anybody’s skin should be an asset or a liability and should never, in any way, create the racial divide our society is experiencing.

It’s a shame that our society has turned on each other.

We are bitterly fighting on social media, in the real world too.

Unfortunately, some people behave like wild animals instead of humans.

My grandparents said the future would be like the wild west, society out of control. I laughed that off, believing it couldn’t happen. It wouldn’t happen that way.

But, here we are.