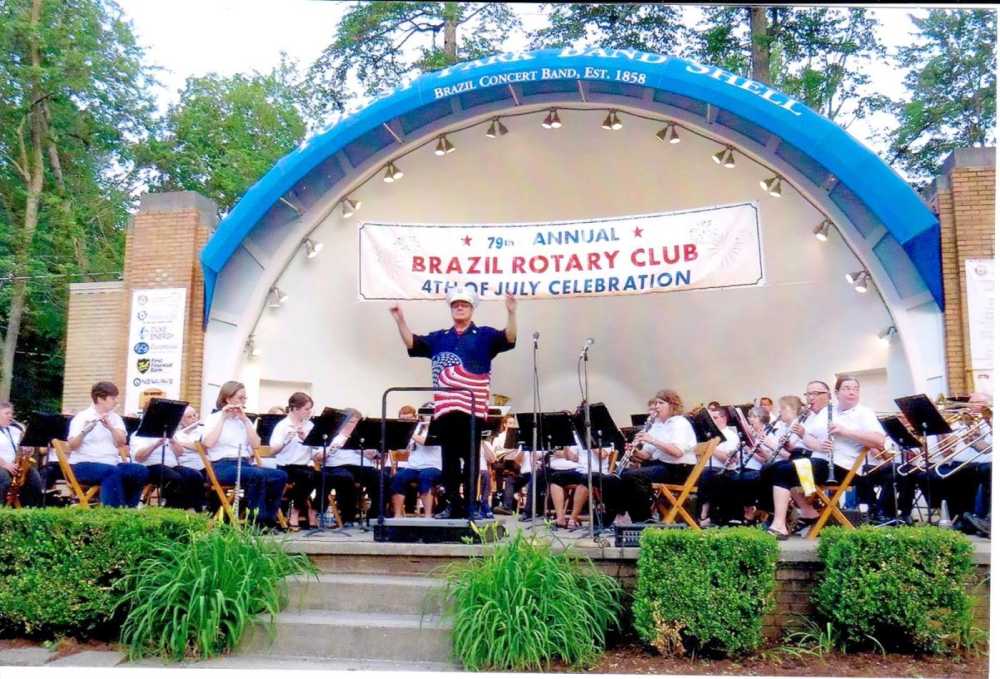 The Brazil Concert Band, directed by Matthew S. Huber, will present “To The Moon And Beyond” July 28th, 8 pm, in Forest Park rain or shine.

To further commemorate the Moon Landing 50th Anniversary, the BCB will perform “Moonlight Serenade” by Mitchell Parish and Glenn Miller.

From a galaxy far, far away comes “Star Wars Medley” by John Williams and arranged by John Tatgenhorst.

“Theme from Superman”, also by Williams and arranged by Jerry Nowak salutes the fictional planet Krypton’s most famous son.

Harold Walters wrote “Men from Mars” during the UFO craze back in the 1950s.

Here on planet Earth, the BCB will play “Fiddler on the Roof” arranged by John Warrington, “A Salute To Spike Jones” arranged by Calvin Custer and “Walt Disney Band Showcase” arranged by Floyd Werle.

This week’s marches include “The Caravan Club” by Karl King, “French National Defile” by A. Turlet and “The American Red Cross” by Louis Panella.

The Brazil Elks Lodge will serve their out of this world tenderloin sandwiches from the concession stand.