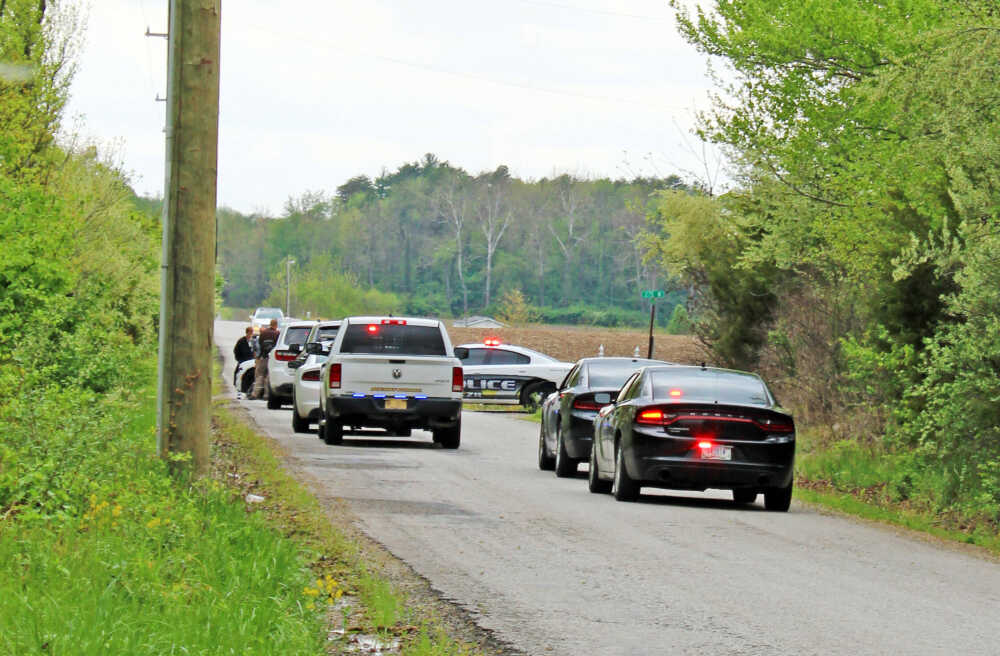 An attempted traffic stop in Brazil leads to a pursuit that ended in a lake Thursday.
Ivy Jacobs photo

Pursuit ends in a lake after a driver refused to pull over for a traffic stop in Brazil Thursday.

Details were limited due to the ongoing investigation as of press time. Still, Brazil Police Department confirmed the pursuit wound through the city, out onto US 40, then State Road 340 and along west county roads before the crash.

Officials said the unidentified driver was traveling too fast on County Road 275 East and could not make the turn onto County Road 700 North. The vehicle left the roadway and drove into a nearby lake on the south side of the road around 4:15 p.m.

No injuries were reported at the scene. The driver was taken into custody and transported to the Clay County Justice Center for booking.

Check www.thebraziltimes.com for more updated information as it becomes available.