TOP STORY OF THE DAY, brought to you free by WICU: Indiana Sheriffs’ Youth Ranch readying to serve even more youth with upgrades 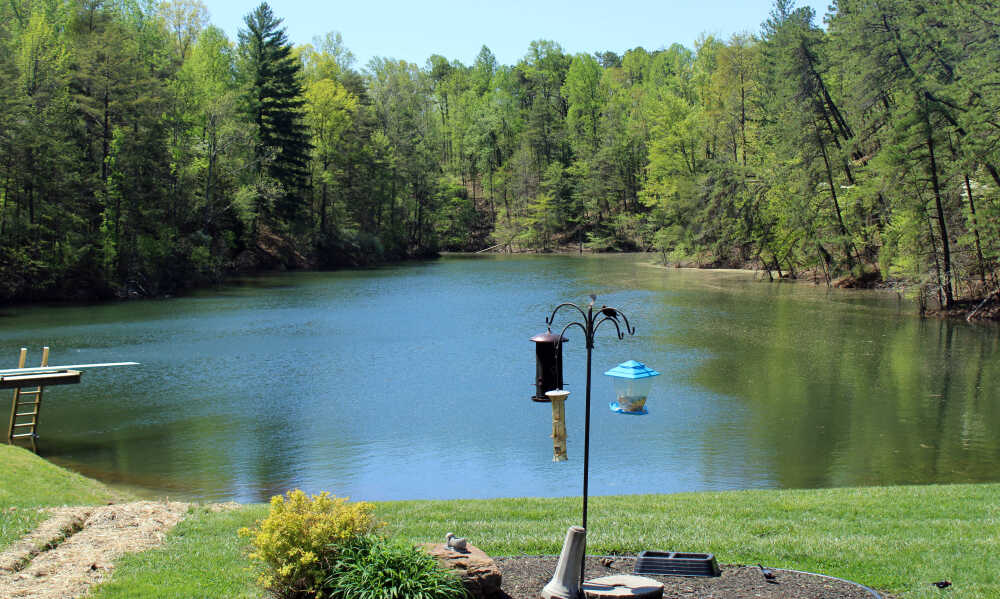 This lake behind the main lodge is one of three owned by the Indiana Sheriffs’ Youth Ranch in Clay County.
Joey Bennett photo
Order this photo

The Indiana Sheriffs’ Youth Ranch in Clay County has made some progress on its journey to being able to help hundreds or thousands of kids a year.

But, there is still a long way to go.

The 62-acre property a few miles south of Brazil on State Road 59 was able to hold a few “COVID camps” last summer for limited groups of middle schoolers recommended by sheriffs throughout the state.

Now that the COVID restrictions are loosening a little bit, the ranch is making a full-steam ahead drive toward radically upgrading its facilities with hopes of being fully operational next year.

The ranch’s goal is to serve at-risk youth who are not in trouble but might be “growing up on wrong side of the tracks,” future law enforcement officers, victims of crime and witnesses of crimes in a safe environment often vastly different from their normal surroundings.

“The victims and witnesses of crimes are sometimes forgotten about after a while by the criminal justice system,” said Scott Minier, executive director of the ranch. “There is nothing really special for them to try to recover from what they’ve seen or been through. We hope to create a peaceful setting here for them to be able to have a retreat and work with some social work students.”

The ranch depends on the generosity of several different donors, both individuals and large corporations, as well as grants.

“We have developed a good reputation from grant providers,” Minier said. “AT&T is an example of a corporation that will be a great sponsor for us. They might be the sponsor of a program for kids from Vigo County, since we are partnering with Indiana State University, for kids on free and reduced lunch programs.

“We want to close the digital divide and the graduation gap for those students,” he said. “Students from all 92 counties will be eligible to come to the ranch, with students from Clay County being mixed in with those from Vigo County or maybe Putnam since their travel distance is less than most counties.”

Students will also be able to go on short day trips to ISU to visit its criminology offerings, including the simulated crime lab. Law enforcement and security students from ISU will be serving as counselors.

The ranch is located on a site which included a former veterinary clinic and five-bedroom house besides several outer buildings.

Many of those buildings have been razed to allow for the addition of a variety of activities that includes additional cabins, a confidence course, archery range, horse shoe pits, sand volleyball court, a basketball court provided by the Indiana Pacers, a swimming pool with locker rooms, a mess hall/kitchen, first aid and administrative office, computer lab, peace chapel, stable/horse pasture, outdoor classrooms, a hillside waterfall to honor fallen officers, hiking and horse trails and new docks on the main lake for helping with fishing, canoeing and kayaking.

No horses will live on the property, but several different Sheriffs’ Departments and riding clubs will be bringing in their animals at various times for the youth to ride.

One of the other features that stands out is the waterfall, which Minier said will help to bring a different culture into the limelight.

“Because of the many different Native American tribes that crossed Indiana, we have reached out to those nations to give it an Indian name to use as a teachable moment for the kids,” he said.

One existing structure that will remain is a Morton Building, which will be turned into the dining hall. The five-bedroom house near the biggest of three lakes on the property is being refitted to house bunk beds that can sleep 20 people while also serving as an additional cooking and serving area.

The former veterinary clinic is now occupied by the Department of Homeland Security, which Minier said “took a liking to it” and pays rent to help the facility to provide a steady revenue stream.

“They are also a good training partner for the kids because they do search and rescue dog training and drum training for fire departments,” he added. “Those are three great things we can teach the kids.”

The equipment utilized in the dog training was built by Eagle Scouts who had utilized the ranch before COVID-19 hit.

This summer, the ranch will host groups of at-risk kids who are making the honor roll in school and are on track toward graduation.

“We are calling those ‘Sheriffs Rewards’, and using them as a reward for them to try to promote student success,” he said. “One important thing is that the kids can do whatever they want to do, but they are not forced to do everything. Everything is voluntary.”

Minier, who resides on the northeast side of Indianapolis and commutes to the ranch almost every day, is a former law enforcement officer who was appointed to his position in March of 2020 by the Indiana Sheriffs’ Association. 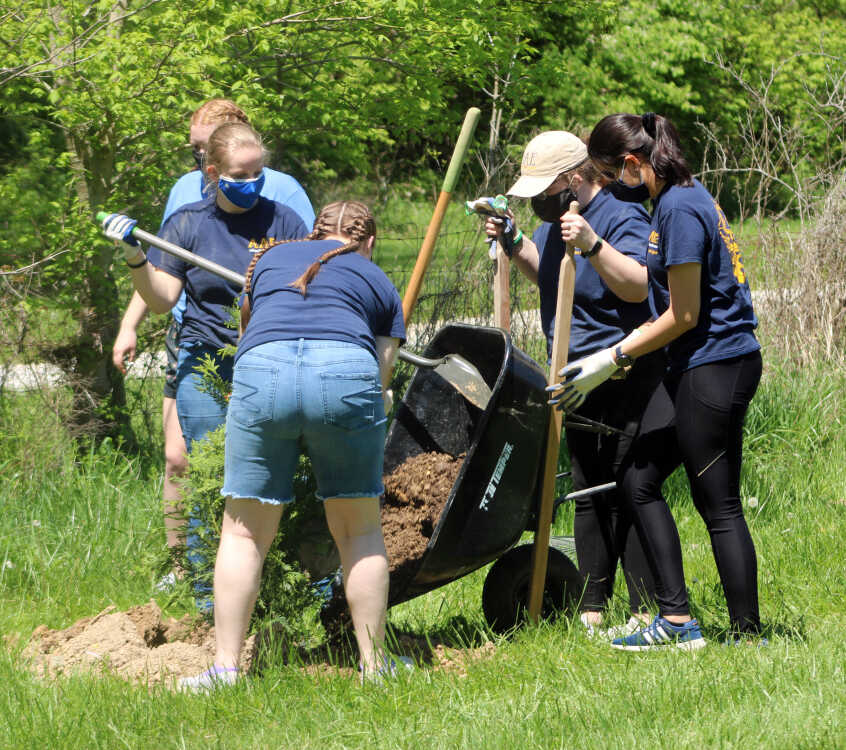 Members of Indiana State University’s Lambda Alpha Epsilon criminal justice professional fraternity planted a row of trees on Friday afternoon to give a nearby residence some privacy from the many activities that will be taking place at the Indiana Sheriffs’ Youth Ranch.
Joey Bennett photo
Order this photo

He became involved through working for Sheriff John Layton of Marion County, who is the ranch’s board president.

“He talked to me about it going into his second term, and I had the law enforcement experience they were looking for,” Minier said. “After I left the Sheriffs’ Department, I went to work for the Indiana Department of Education on school safety. I also had my broker’s license in real estate, so I was able to utilize that as well. It’s in my blood now, and I want to see it done.”

When everything is up and running, Minier expects to be able to accommodate 100 youngsters at a time. The location of cabins on the western end of the property away from the former residence by the lake is also convenient.

“We will have both males and females, so having the cabins spread out will allow us to have a little distance between them,” Minier said.

Minier noted that the work which has already taken place on the ranch has been a group effort, including inmates from Putnam and Vermillion County, as well as T.J. Fencing in Center Point which combined to construct a fence bordering the entrance to the facility.

Last year’s two-day “COVID camps” served as a good indoctrination to what will become a more intensive effort, and Minier was glad to at least be able to offer help on a limited basis.

“Everybody had masks and hand sanitizers, and we were able to keep everyone socially distanced,” he said. “It worked out well, and the only complaint that we had was that they didn’t get to stay long enough. This year we have expanded to three days, and after we get the green light from the schools and boards of health we will expand it even further. Hopefully by that time we’ll have some cabins up.”

As part of its lease, Homeland Security can use the lodge and conference center as it likes — with one exception.

“The kids take priority,” Minier said. “That’s the only rule with the sheriffs. We hope to do special fall and spring retreats only for the victims and witnesses of crimes.”

Minier said the facility will be able to be rented by private groups (businesses or individuals) during times when no youth activities are scheduled.

“We’ve been asked by some people if they can get married or renew their vows in the chapel when we get it built,” he said. “

There is a lot of work left to do, but Minier is confident that he can garner enough support and money to complete the ambitious plans.

“We will offer unique experiences for a lot of these kids,” Minier said. “A lot of inner-city kids have never used a fishing pole or paddled a canoe, and we hope to bring those experiences to as many youngsters as we can.” 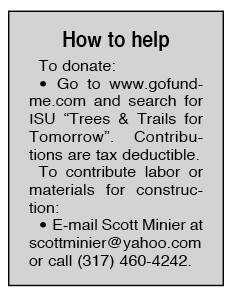