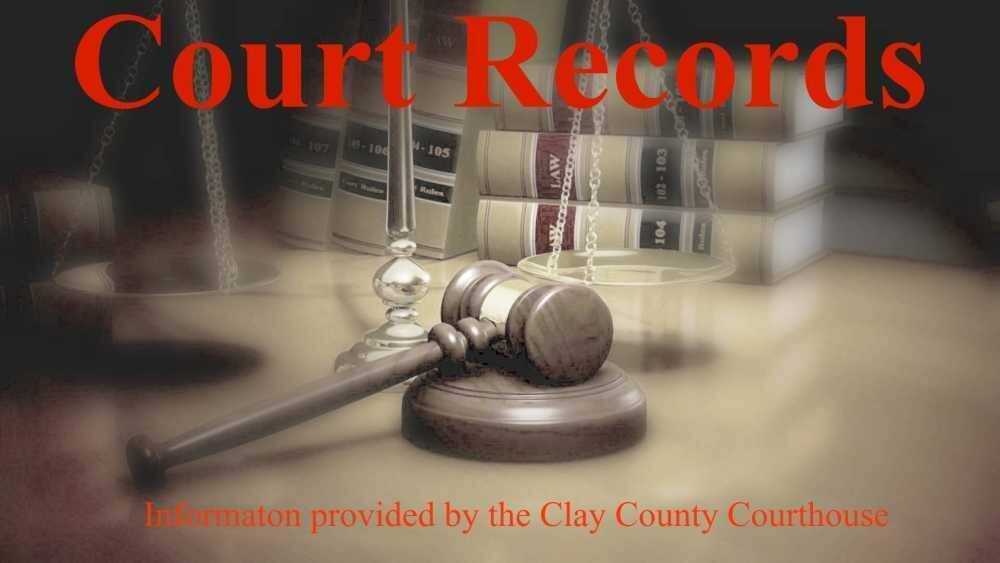 The following case filings reported in Clay Circuit Court during May 1-15, 2021

Bank of American vs. Jason Straight

Grafe, David: (MB)Leaving a scene of an accident fails to stop immediately at the scene

Williams, James T, III: (F4)Sexual misconduct with a minor - has intercourse with or engages in other sexual activity

Henderson, James: (MB)Leaving the scene of an accident - failure to immediately stop

Stogsdill, Brandi: (MA)Driving while suspended knowing violation and prior conviction within 10 years

The following case filings reported in Clay Superior Court during May 1-15, 2021:

Bank of America vs. Jennifer Burgstone

Hinkle, Gary: (F6)Operating a vehicle while intoxicated endangering a person - prior within seven years

Trinajstick, Todd N: (F6)Possession of methamphetamine basic offense for any amount below 5 grams

Lane, Jason: (MA)Driving while suspended knowing prior violation and conviction within 10 years

Gibson, Stephen Duane, II: (MC)Knowing or intentionally operating a motor vehicle without ever receiving a license, (IFA)Driving while suspended.

Batchelor, Joshua: (F6)Theft prior conviction for either theft or conversion