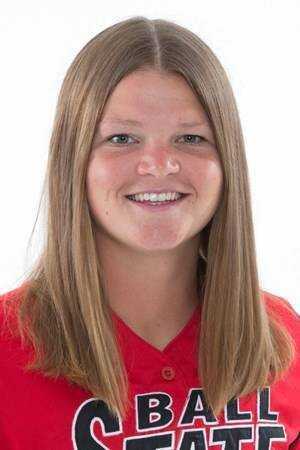 "I am very proud of the accomplishments that Faith, Haley, Stacy, Deborah, Kalya and Kennedy had on the field this year," first-year head coach Lacy Wood said. "There are some very strong athletes in the conference this year, which bodes well for the future of the MAC. It's a very competitive conference now, and will only get stronger moving forward. These individual awards are only a reflection on the team as a whole and it's accomplishments this year."

Payton earns First Team All-MAC honors for the second straight awards season, as she was also a first team honoree in 2019. She ranked second on the team with a .369 average, 14 doubles and 43 RBI. Overall, 21 of her 58 hits when for multiple bases, including six home runs and a triple. Payton also scored 29 runs on the year, including what stood to be the game-winning run in three contest. She also had what stood as the game-winning RBI with a two-run home run in the opening game at NIU (May 12). Defensively, Payton was one of the league's hardest catchers to steal against as she threw out eight of the 24 runners attempting to steal with her behind the plate.