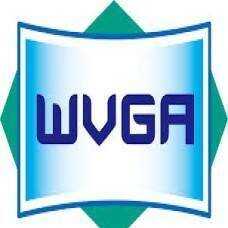 This past weekend, the Wabash Valley Golf Association conducted the Senior Classic for players 50 and older along with a super senior division for players 60 and over. Players played at Rea Park on Saturday and then at Forest Park on Sunday. Troy Ferris from Brazil was the overall champion with a score of one under par 142. Blayd Horral and Todd Hinkle placed second and Jim Winning finished fourth. In the Super Senior Division, Denny Bryum from Clinton was the overall champion with an even par score of 143 for the two day event. Ted Kaperak finished runner-up and Mike Harding and Geoff Shuck finished third and fourth. In the Super Senior 1st Flight Bucky Whitlock came away with the championship followed by Sam Peoples, Steve Paquin and Mark Bird. In the 2nd Flight Dave Fell was your champion followed up by Wayne Loughmiller, Larry Fossi and Rob Jones. The next WVGA event is this coming weekend at Geneva Hills where they will be hosting their Memorial Day 2-Man scramble. The next major event will be the Mini-Classic to be played July 10 and 11th at Geneva Hills and Hulman Links. For more information about any of the events contact your local pro shop.