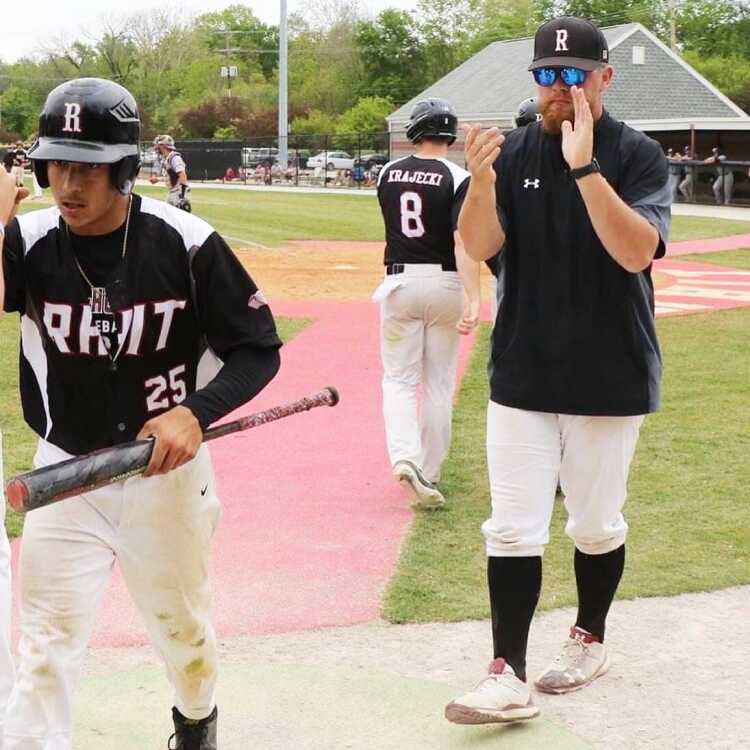 Due to COVID-19, Jacob Harden did not get to coach the Terre Haute Rex during the 2020 season. He is set to be manager AJ Reed’s assistant coach and pitching coach this summer.
Jacob Harden photo

When former Northview standout Jacob Harden hung up his baseball cleats, ending his playing career at Indiana State University, he immediately turned his attention to coaching.

He had previous experience coaching at the Clay Youth League and at Clarksville High School when he was a student at the University of Southern Indiana. But once he had put both feet into climbing the coaching rungs, Harden joined Northview’s baseball team as an assistant varsity coach under Craig Trout, as well as the head junior varsity coach.

The led him to become an assistant coach with the Terre Haute Rex in the Prospect League and later the pitching coach at Rose-Hulman.

Due to COVID-19 cancelling the season, Harden was unable to coach for his hometown Rex, but is eager to do so this summer as the regular season got underway Thursday. Harden also just finished his first collegiate spring season at Rose-Hulman under the tutelage of Jeff Jenkins, who recently announced his retirement after 32 years at the post for the Engineers.

The Brazil Times spoke with Harden about what his experience working at Rose-Hulman were, and specifically under Jenkins, as well as his excitement for finally getting to coach the Rex – a team he played for in 2017 – and having the chance to coach alongside manager AJ Reed who was hired at the beginning of May.

What was your experience like this spring working under coach Jenkins as Rose-Hulman’s pitching coach?

JH: It was a great, eye-opening experience getting a chance to coach for Rose Hulman this spring. Working for a veteran coaching staff with the likes of Coach Jenkins, Coach [Sean] Bendell, and Coach [Tom] McCullough, was a great time for me to take a step back and watch. I didn’t do as much coaching as I would have liked this spring, but I felt like I did learn a lot. I also felt that I did the best I could do with the role I was given and did my best to help our guys succeed. Coaching at Rose is something I’ll always remember.

You’ll be working with the Rex pitchers throughout the summer. What did getting the spring experience under your belt do for you coming into the Prospect League?

JH: This spring tremendously prepared me for the summer with the REX. I think the biggest thing I learned was how less can be more. I didn’t know as much about pitching going into the spring. However, I was able to point out the little things I noticed rather than over complicate things by going too in depth. I believe that will help me this summer. Our REX players just went through a spring where they did nothing but get coached. I want to be able to let them play first, coach them second. I think realizing my role is to be their biggest hype man will help tremendously, because I think that’s what each of our guys will need, someone to stay positive, point out the little things, and keep their mentality strong through the grind of the summer.

What was your reaction when you were told the Rex were hiring AJ Reed to be the next manager? What have your conversations been like with him so far?

JH: I was ecstatic when I heard AJ was the new manager. He’s someone I have idolized my whole career and getting to work with him will be a tremendous honor. We have had a few conversations about excitement for the summer and will be meeting up soon to talk and prepare for the next few weeks. With Rose’s season just now ending, I am just now able to have the free time to get with AJ.

Because of COVID, there weren’t any Prospect League games last summer, so you’ll be making your Rex coaching debut here soon. What emotions are you feeling and what are you most looking forward to?

JH: I am feeling a lot of emotions going into the opening days of the season, but the greatest emotion is excitement. I have trust in the things that have gotten me to where I’m at, and I am going to trust myself, my colleagues, and the team. I know I am a young coach, and I have heard from multiple people that I’m too inexperienced for this position, so I’m also ready to go into the summer with a chip on my shoulder. I’m ready to give my best effort, bring my best energy, and do my part to help bring a championship to the Wabash Valley.