TOP STORY OF THE DAY, brought to you free by WICU: Terre Haute woman dies in one of two weekend cycle crashes 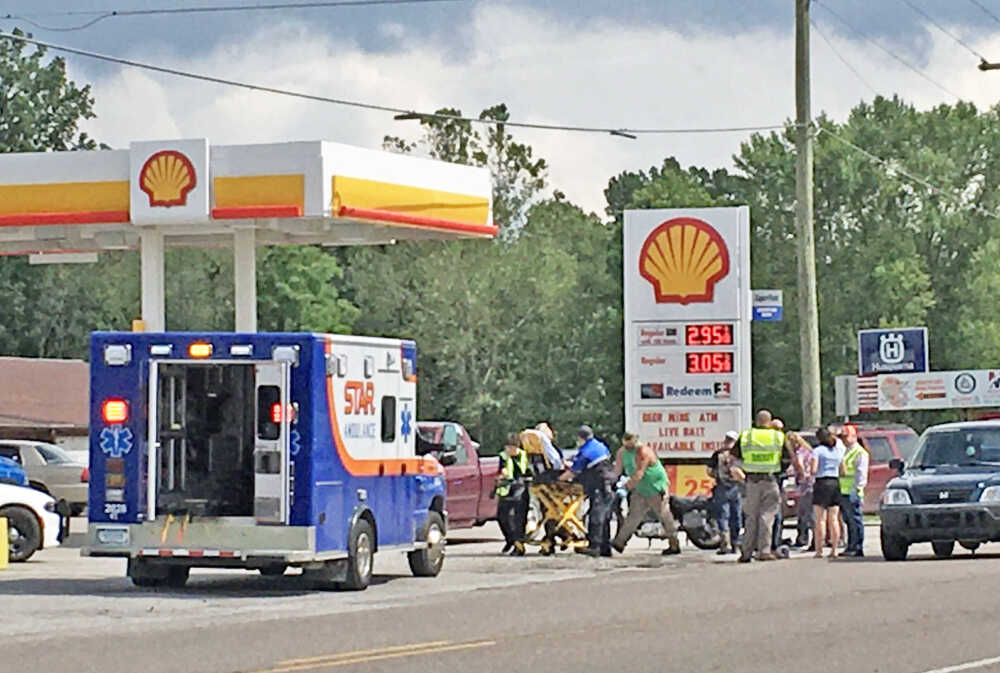 First responders tend to the people involved in a Sunday motorcycle accident on the east side of Brazil.
Ivy Jacobs photo

On Saturday morning there was a fatal motorcycle accident. However, details remain limited due to the ongoing accident investigation.

Upon arrival, officers discovered James R. Smith and Jane Smith had been ejected from their motorcycle when a car turned in front of them.

The Terre Haute couple was traveling east in the passing lane of US 40 behind a car driven by Betty Beal of Farmersburg, IN. When Beal attempted to turn north (left) onto County Road 225 West, her vehicle cut across the passing lane in front of the motorcycle. Smith was unable to slow or swerve to miss the car, striking the rear driver’s side.

Officials say this collision ejected both the motorcycle driver and passenger onto the roadway.

James R. Smith was transported to Terre Haute Regional Hospital in serious condition. Officials confirm his current medical condition is unknown at this time. (Due to the Health Insurance Portability and Accountability Act regulations, further information is unavailable.)

Jane Smith was transported to St. Vincent Clay Hospital, where she later succumbed to injuries. Officials provided no information regarding Beal.

On Sunday afternoon, around 4:20 p.m., another car-motorcycle accident was reported near the intersection of State Road 59 and County Road 800 North. Members of CCSD, BPD and Posey Township Volunteer Fire Departments responded.

Traffic was rerouted for a brief period of time, and vehicles were backed up along the highway while first responders worked the accident.

STAR Ambulance personnel provided medical assistance to one person, but they were not transported to a hospital.