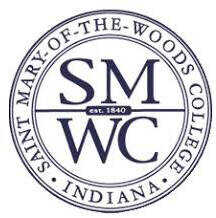 President King said about the announcement, "I am so excited for this opportunity! In our planning to launch the new Midwest Sprint Football League, I have been inspired by conversations with each president. Together, we are committed to bringing something special to our institutions, our communities, and to the Midwest. We will be offering wonderful educational opportunities to young men with a lot of talent who might not have otherwise been able to play collegiate football because of size regulations."

Brennan Randolph, who oversees athletics and is vice president for enrollment management and institutional technology, said, "The addition of men's sprint football will be a great enhancement for the athletic program. Additionally, there will be benefits to the campus, the Wabash Valley community, and the collegiate experience for students. It should help increase enrollment, retention and be a big boost to our institutional pride."

Randolph indicated that a search for a head coach will be launched immediately. "We plan to hire someone that can help us launch this new sport and realize the full potential for SMWC and for the student-athletes." Recruitment will begin at once with a minimum goal of recruitment of 40 players for the inaugural season.

Sprint football has the same rules as standard American football except players must maintain a weight limit of 178 pounds. King is in discussion with Dr. Rob Haworth, superintendent of Vigo County School Corp., about the use of the high school football facilities. MSFL games will be held on Saturdays, eliminating conflict with high school football games.

In May 2015, SMWC announced a shift in its mission to include male students in all modalities. That fall, male students became part of the traditional undergraduate programming for the first time in 175 years. Since that announcement, five men's and one women's athletic teams have been added. In the fall of 2021, men's basketball will begin competition, while men's volleyball is slated for a Fall 2022-23 start.

Sprint football began in 1934 with the current Collegiate Sprint Football League in the East. Unlike conventional collegiate football, the emphasis is on speed and agility rather than bodyweight and strength.

King said, "Saint Mary-of-the-Woods College was part of the first recorded intercollegiate basketball game in Indiana for women in 1920. The SMWC women's team defeated Indiana State Normal College and was led by 'stellar player' Mary Joseph Pomeroy, who became the naming inspiration for the College's athletics teams. We are excited for this new 'first' at The Woods and eager for the new stories and experiences that will result!"